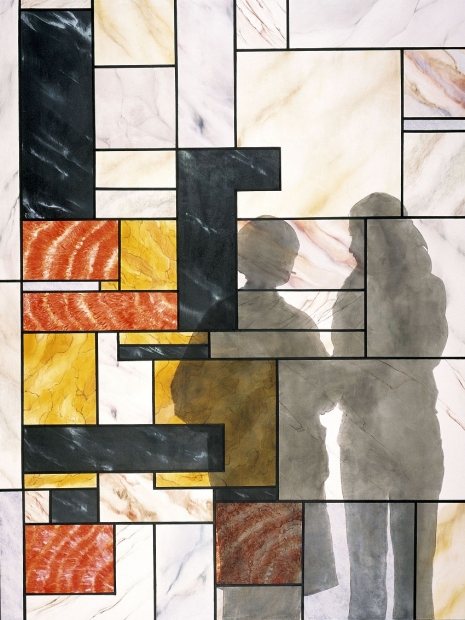 A fiercely experimental artist, a catalyst in her native Glasgow art community, and a deeply perceptive writer on the work of her peers, Lucy McKenzie is a foremost emerging artist. Like Andy Warhol or Martin Kippenberger, McKenzie has a profoundly self-conscious sensibility, one that is rigorously engaged with her world on all fronts. Trained in the commercial techniques of decorative painting, she slyly recalibrates the legacies, both aesthetic and social, of abstract painting, investigating technique and proposing new attendant meanings.

Often layering her work with cultural signification, double appearances, and euphemism, McKenzie is noted for pastiching historical design styles to extract their latent meanings—from the woodsy proto-modernism of Charles Rennie Mackintosh to socialist realist posters to the graffiti and New Wave fonts of the 1980s. Untitled is a humorous and layered exploration of the art-historical tensions between abstraction and figuration, between so-called “high” art and popular culture. At first glance, the work looks like an abstract painting with the shadows of two women cast on its surface, as if they were contemplating it in a museum (or, since the left-hand figure is McKenzie herself, smoking a cigarette, perhaps her studio?). The painting recalls the style of Dutch painter Piet Mondrian, an allusion McKenzie spoofs by rendering the blocks in faux marble––a decorative device used to add “class” to the ugly or banal. The geometric image is, in fact, a stylized figurative representation. Tilt your head to the side, and you can make out a pair of amorous robots, an image McKenzie took from a condom vending machine advertisement for “Mates,” a leading brand of prophylactics in the United Kingdom.

In 2004, the ICA/Boston presented McKenzie’s first one-person museum exhibition in the United States. Untitled thus marks the museum’s early commitment to this artist and adds a significant painting to the collection. 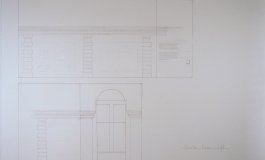