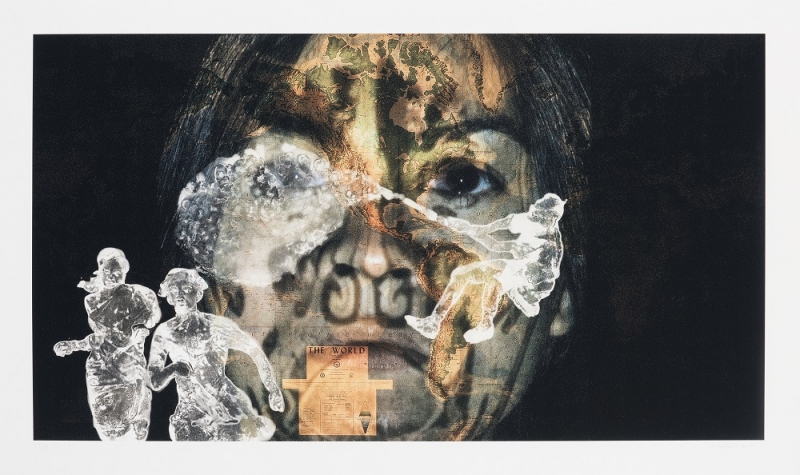 The Two Americas—That Is I

Nalini Malani is one of the most prominent artists of India’s postpartition generation who is engaged with the reexamination of tradition, cultural nationalism, and globalization. Initially trained as a painter in the Sir J. J. School of Art in Bombay, Malani became more invested in photography and filmmaking in the 1960s and ’70s, creating her first interactive film sculptures and immersive theatrical environments that often embody a phantasmagorical quality. Her audiovisual installations are arresting works of art that build on shadow plays, overlapping narrative, text, and music. Malani’s works highlight the traumas of partition and religious fanaticism, as well as issues related to feminism, identity, and violence.

Echoing the artist’s early training and expert draftsmanship, the imagery in the eight prints in the ICA/Boston’s collection originate from the immersive multimedia work, In Search of Vanished Blood. The installation features a strong female protagonist named Cassandra, a figure of Greek mythology whose prophecies—first gifted and later cursed by the spurned Apollo—were disbelieved by the fated Agamemnon; and is inspired by East German writer and critic Christa Wolf’s 1984 novel Cassandra, about a struggling female artist and visionary. Like this installation, the prints weave together mythology, historical events, and literary references to address female suffering during and after partition. Malani hand draws directly onto the prints in ghostly white ink, analogous to the mesmerizing moving images in the original installation, and compiles a range of complex narratives bringing together the past and present.

Following Malani’s recent solo exhibition at the ICA/Boston, these works strengthen the collection’s global purview. Along with the works of Louise Bourgeois and Nancy Spero, this new series of prints respond to the legacies of feminism and merge a wide array of cultural influences, as with Haegue Yang’s sculptural work, all in the museum’s permanent collection. 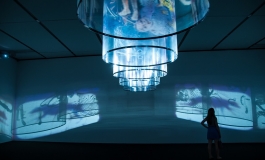 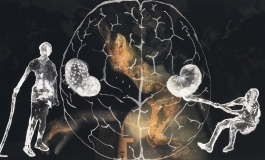 I Am the Angel of Despair 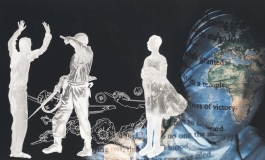 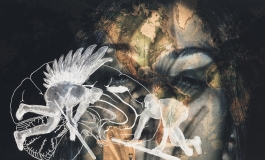 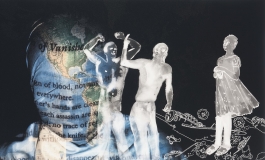 My Speech Is Silence, My Song the Scream of the World 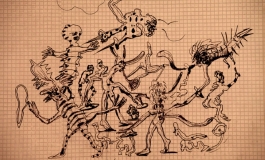 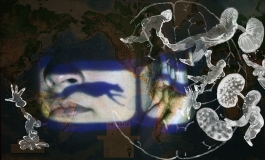 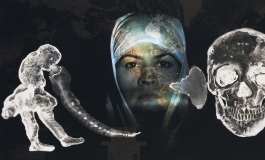 When the Living Can No Longer Fight—the Dead Will 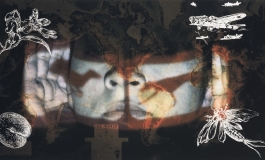 With My Hands I Give ECSTASY