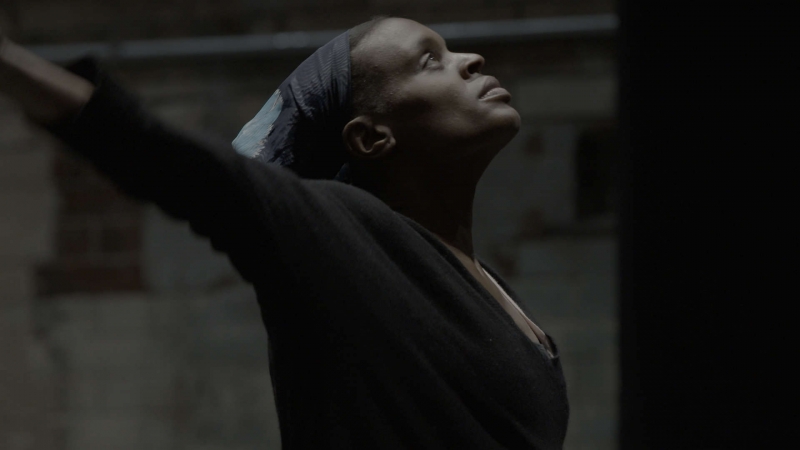 Sitting on a Man’s Head with Okwui Okpokwasili

I am thrilled to share with our audiences a documentary about choreographer and performer Okwui Okpokwasili created during a national tour of her extraordinary, harrowing, and deeply personal one-woman show Bronx Gothic. The film captures scenes from the performance and is interspersed with interviews, anecdotes, and her encounters with audience members. I recently re-watched the film and was reminded of Okwui’s extraordinary gifts as a performer and writer and her unique ability to connect with an audience through performance.

Nearly a year ago, I was privileged to once again experience Okwui’s singular talent and creative ingenuity. Last March, I traveled to New York to attend her performance installation Sitting on a Man’s Head, co-created with Peter Born and presented by Danspace Project at St. Mark’s Church. The performance was a continuation of Okwui’s research to excavate historic female protest movements forgotten over time. “Sitting on a man’s head” was a type of protest Nigerian women used during the Women’s War of 1929. The women would gather for hours in the courtyards of British colonial officials, disruptively dancing and singing to shame and embarrass the colonizers and force them to hear and address their concerns.

Entering St. Mark’s Church, I was immediately confronted by a massive, billowing, tent-like structure. A rig of pulleys moved huge swaths of cream-colored fabric back and forth, up and down, like an organ pump or a beating heart. A performer invited me to step inside the undulating shape, and I encountered a group of people walking slowly toward me, each singing, humming, and breathing—together, a collective cacophony of music and noise. At first, I watched, unsure how to join and participate. I looked at the faces and recognized colleagues, performers, and friends entangled together like a collective organism. I self-consciously joined the group and mimicked the slow march of the people next to me. I wasn’t yet able to sing and shout, too aware of my own body next to others’, but over time my breath followed theirs, I hummed to myself softly and then louder, and finally, I joined the full-throated incantation of vibrating bodies. I can’t say how long I stayed—10 minutes? 30 minutes? perhaps more—but in that space, created by Okwui, Peter, and their fellow performers, my body felt connected and intertwined with others, clustered together in movement, breath, and sound.

This was the last performance I would attend before everything went dark. I often think about the absence of those around me and the collective loss we’ve shared. It was like a memorial in anticipation of what was to come. 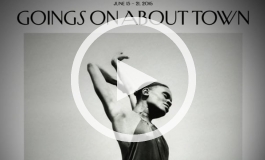 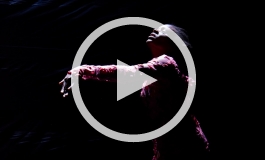