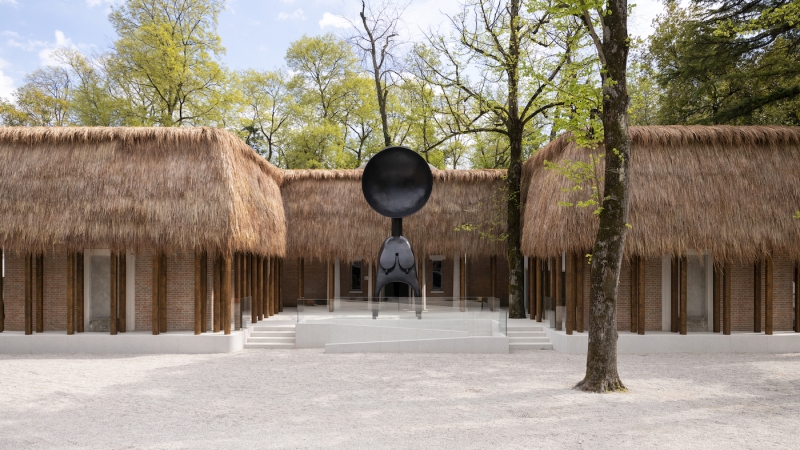 The U.S. Pavilion, Commissioned by ICA Boston, Presents Loophole of Retreat: Venice this October,  an Extension of Simone Leigh: Sovereignty

The Convening Will Bring Together Black Women  Thinkers, Performers, Writers, and Artists from Around the World

(Boston, MA—June 22, 2022)—The U.S. Pavilion at the 59th International Art Exhibition of La Biennale di Venezia expands its presentation of artist Simone Leigh’s work this fall with Loophole of Retreat: Venice, a convening of Black women intellectuals—performers, writers, filmmakers  artists, and activists—that will take place Oct. 7-9 at the Fondazione Giorgio Cini. The project is an extension of the critically acclaimed exhibition Simone Leigh: Sovereignty, commissioned by the Institute of Contemporary Art/Boston (ICA) in partnership with the U.S. Department of State’s Bureau of Educational and Cultural Affairs, and reflects the collaborative ethos that is characteristic of artist Simone Leigh’s practice.

Loophole of Retreat: Venice builds on an eponymous one-day convening held in 2019 at the Solomon R. Guggenheim Museum in New York. The conceptual frame is drawn from the 1861 autobiography of Harriet Jacobs, a formerly enslaved woman who, for seven years after her escape, lived in a crawlspace she described as a “loophole of retreat.” Jacobs claimed this site as simultaneously an enclosure and a space for enacting practices of freedom—practices of thinking, planning, writing, and imagining new forms of freedom.

“Leigh is committed to the lineage of Black women artists and intellectuals that make her practice possible. As such, in connection with her exhibition at the U.S. Pavilion in Venice, she continues her work of making Black women’s intellectual labor more visible. Loophole of Retreat will elevate a global conversation on Black feminist thought in order to nurture the intergenerational and interdisciplinary connections between Black women thinkers and makers,” said Bumbray.

The symposium will feature performances, film screenings, and conversations organized around key directives, including:

Maroonage: Maroons refer to the people who escaped slavery and created independent communities on the outskirts of enslaved communities. The maroonage directive is informed by the artist Deborah Anzinger’s explorations of fugitivity and resistance in Jamaica’s Cockpit Country, which is a site of historical refuge and resistance for Maroons.

Manual: This directive is inspired by the Manual for General Housework from Saidiya Hartman’s Wayward Lives, Beautiful Experiments: Intimate Histories of Social Upheaval.

Magical Realism: Magically real forms are the music, literature, and movement languages developed by Black people in the New World as a result of the catastrophes of colonialism and the middle passage.

Medicine: This directive is inspired by how we cope with the natural and supernatural world around us. It draws on our approaches to diverse ailments; physical, spiritual, natural, and supernatural. For this gathering, we consider the work of root and leaf doctors, traditional healers and conjurors of the rural Black American South and the global South.

Sovereignty: The title of the U.S. Pavilion exhibition, Sovereignty, speaks to notions of self-determination, self-governance and independence for both the intellectual and the collaborative.

ABOUT THE ORGANIZERS
Simone Leigh (b. 1967, Chicago, IL) has created an expansive body of work in sculpture, video, and performance, over the past two decades, that centers Black femme interiority. Inflected by Black feminist theory, Leigh’s practice intervenes imaginatively to fill gaps in the historical record by proposing new hybridities. Leigh’s sculptural works join forms derived from vernacular architecture and the female body, rendering them via materials and processes associated with the artistic traditions of Africa and the African diaspora. The collaborative ethos that characterizes Leigh’s videos and public programs pays homage to a long history of Black female collectivity, communality, and care. In 2019, Leigh was the first artist commissioned for the High Line Plinth, New York. Recent exhibitions include The Hugo Boss Prize 2018: Simone Leigh, Loophole of Retreat at the Solomon R. Guggenheim Museum, New York (2019); the 2019 Whitney Biennial; Trigger: Gender as a Tool and a Weapon (2017) at the New Museum of Contemporary Art, New York; Psychic Friends Network (2016) at Tate Exchange, Tate Modern, London; Hammer Projects: Simone Leigh (2016–17) at the Hammer Museum, Los Angeles; inHarlem: Simone Leigh (2016–17), a public installation presented by The Studio Museum in Harlem at Marcus Garvey Park, New York; The Waiting Room (2016) at the New Museum of Contemporary Art, New York; and Free People’s Medical Clinic (2014), a project commissioned by Creative Time. Leigh’s work is in the collections of the Whitney Museum of American Art, New York; the Solomon R. Guggenheim Museum, New York; the Art Institute of Chicago; Cleveland Museum of Art; Hammer Museum, Los Angeles; and the ICA/Boston, among others.

The works that comprise Leigh’s exhibition for the U.S. Pavilion will be featured in her first museum survey exhibition at the ICA in 2023, which will subsequently tour to the Hirshhorn Museum and Sculpture Garden in Washington, D.C. (Fall/Winter 2023/24), and a joint presentation at the Los Angeles County Museum of Art (LACMA) and California African American Museum (CAAM) in Spring/Summer 2024 in Los Angeles, CA. The exhibition will be accompanied by the first comprehensive monograph dedicated to Leigh’s work.

Rashida Bumbray is director of Culture and Art, the Open Society Foundations’ program dedicated to advancing diverse artistic practices and strengthening locally led cultural spaces around the world. Since joining the Open Society Foundations in 2015, Bumbray has launched and overseen many new grantmaking initiatives in global contexts including the Global Initiative for the Restitution of African Cultural Heritage, the Soros Arts Fellowship and the OSF Arts Forum on Art, Public Space and Closing Societies. With colleagues from Haiti’s FOKAL, she helped to inaugurate a new Caribbean cultural foundation, and in collaboration with Open Society-US, she established the Alternative Monuments Initiative. Bumbray began her curatorial career in 2001 at the Studio Museum in Harlem, New York, where she coordinated major exhibitions including Frequency (2005) and Freestyle (2001). As associate curator at The Kitchen, New York, Bumbray organized critically acclaimed exhibitions and commissions including Simone Leigh’s solo exhibition You Don’t Know Where Her Mouth Has Been (2012), among many others. She was guest curator of Creative Time’s public art exhibition Funk, God, Jazz and Medicine: Black Radical Brooklyn in 2014, which included Leigh’s Free Peoples’ Medical Clinic. Bumbray is also an accomplished choreographer whose practice draws from traditional African American vernacular and folk forms. Her performances have been presented by Tate Modern, London; the New Museum, the Metropolitan Museum of Art, Harlem Stage, and SummerStage, all in New York; and Project Row Houses, Houston.

ABOUT SIMONE LEIGH: SOVEREIGNTY
Simone Leigh: Sovereignty features a new body of work made for the United States Pavilion at the Biennale Arte 2022, commissioned by the ICA in partnership with the U.S. Department of State’s Bureau of Educational and Cultural Affairs. Sovereignty commingles disparate histories and narratives, including those related to ritual performances of the Baga peoples in Guinea, early Black American material culture from the Edgefield District in South Carolina, and the landmark 1931 Paris Colonial Exposition. With a series of bronzes and ceramics both outside and inside the Pavilion, Leigh intervenes imaginatively to fill gaps in the historical record by proposing new hybridities. Learn more at simoneleighvenice2022.org.

ABOUT THE ICA/BOSTON
Since its founding in 1936, the ICA has shared the pleasures of reflection, inspiration, imagination, and provocation that contemporary art offers with its audiences. A museum at the intersection of contemporary art and civic life, the ICA has advanced a bold vision for amplifying the artist’s voice and expanding the museum’s role as educator, incubator, and convener. Its exhibitions, performances, and educational programs provide access to the breadth and diversity of contemporary art, artists, and the creative process, inviting audiences of all ages and backgrounds to participate in the excitement of new art and ideas. The ICA is located at 25 Harbor Shore Drive, Boston, MA, 02210. For more information, call 617-478-3100 or visit our website at icaboston.org. Follow the ICA on Facebook, Twitter, and Instagram.

ABOUT LA BIENNALE DI VENEZIA
Established in 1895, La Biennale di Venezia is acknowledged today as one of the most prestigious cultural institutions. La Biennale stands at the forefront of research and promotion of new contemporary art trends and organizes events in its specific sectors of Arts (1895), Architecture (1980), Cinema (1932), Dance (1999), Music (1930), and Theatre (1934), alongside research and training activities. The International Art Exhibition is considered the most prestigious contemporary art exhibition in the world, introducing hundreds of thousands of visitors to exciting new art every two years. The 59th International Art Exhibition of La Biennale di Venezia (April 23–November 27, 2022) is directed by Cecilia Alemani.

ABOUT THE U.S. PAVILION
The United States Pavilion, a building in the neoclassical style in the Giardini della Biennale, Venice, opened on May 4, 1930. Since 1986, the U.S. Pavilion has been owned by the Solomon R. Guggenheim Foundation and managed by the Peggy Guggenheim Collection in Venice, which works closely with the U.S. Department of State and exhibition curators to install and maintain all official U.S. exhibitions presented in the Pavilion. Every two years, museum curators from across the country detail their visions for the U.S. Pavilion in proposals that are reviewed by the National Endowment for the Arts’ Federal Advisory Committee on International Exhibitions (FACIE), a group comprising curators, museum directors, and artists, who then submit their recommendations to the U.S. Department of State’s Bureau of Educational and Cultural Affairs. Past exhibitions can be viewed on the Peggy Guggenheim Collection’s website at https://www.guggenheim-venice.it/.

ABOUT THE BUREAU OF EDUCATIONAL AND CULTURAL AFFAIRS, U.S. DEPARTMENT OF STATE
The U.S. Department of State’s Bureau of Educational and Cultural Affairs (ECA) builds relations between the people of the United States and the people of other countries through academic, cultural, sports, professional, and private exchanges, as well as public-private partnerships and mentoring programs. These exchange programs improve foreign relations and strengthen the national security of the United States, support U.S. international leadership, and provide a broad range of domestic benefits by helping break down barriers that often divide us, like religion, politics, language, and ethnicity, and geography. ECA programs build connections that engage and empower people and motivate them to become leaders and thinkers, to develop new skills, and to find connections that will create positive change in their communities. For more information, please visit https://exchanges.state.gov/us. 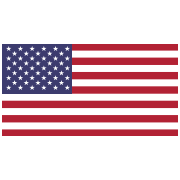 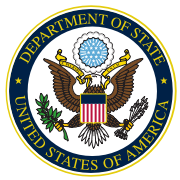 Simone Leigh is presented by the Institute of Contemporary Art/Boston in partnership with the Bureau of Educational and Cultural Affairs of the U.S. Department of State.

With warmest thanks, the ICA/Boston gratefully acknowledges the following philanthropic partners for their magnificent support.

Major support is provided by the Ford Foundation and The Andrew W. Mellon Foundation.