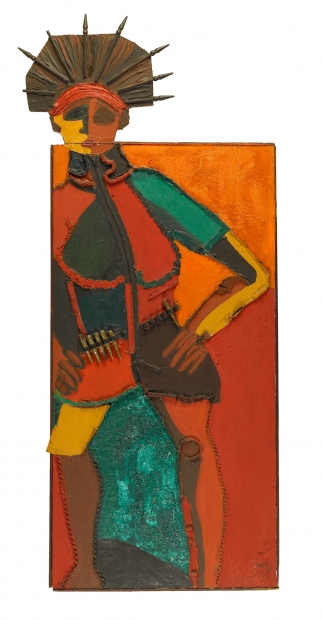 Tickets are FREE and now sold out. Ticket holders: please check in at least 15 minutes prior to event; unused tickets will be released

An author, illustrator, painter, and more, Dindga McCannon actively participated in critical moments in the history of art, including as a member of the Weusi Artist Collective in the 1960s and the Where We At collective composed of professional women of color who supported one another’s creative careers in the 1970s. Join McCannon as she recalls her earlier years as an artist in New York, her many subsequent accomplishments as an artist, and her active involvement in We Wanted a Revolution, the expansive touring exhibition, organized by the Brooklyn Museum of Art, recognizing the many important contributions of women of color from the 1960s to 80s.

Sisters Beverly and Barbara Smith co-founded the Combahee River Collective in Boston with Demita Frazier at a time when the mainstream feminist movement was erupting around the country and the city’s plan to desegregate schools turned chaotic and violent, making widely visible the racism rampant in neighborhoods. Their work, including its influential manifesto, reflects the group’s belief in “…Black feminism as the logical political movement to combat the manifold and simultaneous oppressions that all women of color face.” This evening of conversation will reflect on the many contributions of our guest speakers, their work forming influential collectives, and their continued interests.

This event is part of a larger closing celebration for the exhibition We Wanted A Revolution including music, movement, conversation, and art.