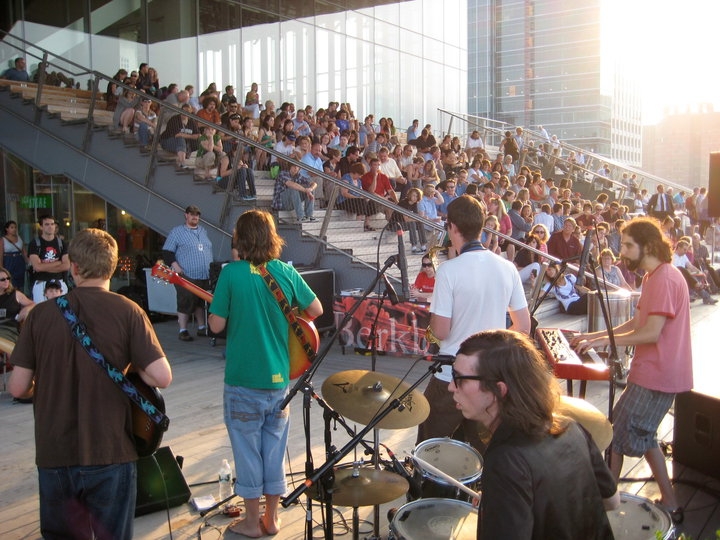 Harborwalk Sounds is FREE and tickets are not required. If you would like to visit the ICA galleries, please reserve a ticket to Free Thursday Nights. Tickets will be available at icaboston.org/tickets at 10 AM the morning of the event. Harborwalk sounds will also stream on Vimeo from 6 to 7 PM.

Born in Havana, Sheila del Bosque Fuentes is one of the most in-demand young flutists in Cuba. Her music features contemporary and traditional Afro-Cuban music with the influence of European music and jazz. Throughout her career, del Bosque has been performing with orchestras such as the Orchestra of Lyceum Mozartiano from Havana, adjunct to Stiftung Mozarteum Salzburg; the National Orchestra of Cuba; and the Cuban European Youth Orchestra. She has played recorder, flute, and traverse baroque flute for many festivals of ancient music, playing in all the major theaters and festivals in Cuba as well as in South Korea, Mexico, Germany, and the U.S. She has played for important personalities like Pope Francis, Usher, Bon Jovi, and the Rolling Stones. In 2014, she won first prize in the chamber music competition Musicalia. Awarded a full-tuition scholarship to Berklee College of Music, del Bosque enrolled in January 2018 to study performance and film scoring. At Berklee, she has shared the stage with musicians such as Paquito d’Rivera, Berta Rojas, Aida Cuevas, and Omar Hakim. Her Sheila del Bosque Quartet represented Berklee when opening the 49th annual Next Generation Jazz Festival in Monterey and also recorded her original “Si mi isla fuese niño” for the Berklee YouTube channel. As a film composer, she has collaborated as an assistant composer for movies, shorts, documentaries, and video games, and she’s currently working on her first feature, The Unicorn, by director Cris Hozven, as well as a short film for the Jane Goodall Institute.

Watch recordings of past performances below:

Two kindred spirits joined by their love for acoustic music that touches the heart, G Rockwell and Micah Nicol marry virtuosic instrumentals and tender vocals in their project Bookmatch. Named after the practice of aligning two pieces of wood so that they look like mirror images of each other, Bookmatch’s members approach the same genre and instruments from a different background yielding musical alchemy that brings audiences in for a warm hug of an intertwining acoustic guitar soundscape. Watch now

The Thistle Brothers (Cameron and Devin) are a Boston-based brotherly duo. Their main influences include and stem from artists such as Stevie Wonder, The Beatles, and Bob Dylan, placing them in a sonic space that blends Folk, R&B, and Classic Rock. Watch now

Mom Rock is an upbeat rock band based in Boston, MA. Their stripped-down acoustic set features members Curtis Heimburger (Vocals/Guitar) and Josh Polack (Vocals/Guitar), who bonded in their first year studying at Berklee College of Music in 2018 over a mutual love for Weezer. Their sound is inspired by bands such as Cage the Elephant, Bleachers, and Catfish and the Bottlemen. Watch now

Taylor Deneen is a singer-songwriter from Oklahoma City, Oklahoma. Her signature sound comes from a variety of genres including R&B, pop, gospel, and jazz. Some of her influences are Aretha Franklin, Whitney Houston, and D’Angelo. Watch now

Alyssa Payne is singer and Musical Theater major at The Boston Conservatory (at Berklee) who has a burning passion for writing and performing music comedy. She will be performing with a piano accompanist to deliver well-timed and entertaining performances for a good laugh. Watch now

Esperanza Delgado is a professional singer-songwriter specializing in fusion of flamenco, R&B, and Pop in Spanish. She aims to bring the power of her performances to international audiences, recording in both, English and Spanish. Watch now

Melvin Lam is an accomplished flutist from Panama and Estefanía Nuñez Villamandos is a skilled keyboardist from Cuba. They perform a fusion of Latin jazz and Salsa music and are members of Boston based band, The Timba Messengers. Watch now 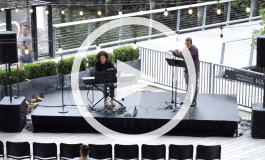 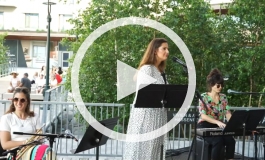 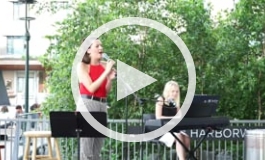 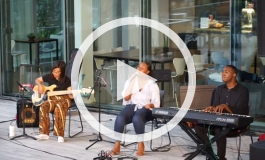 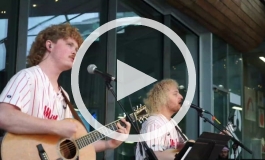 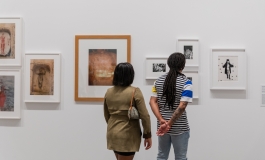