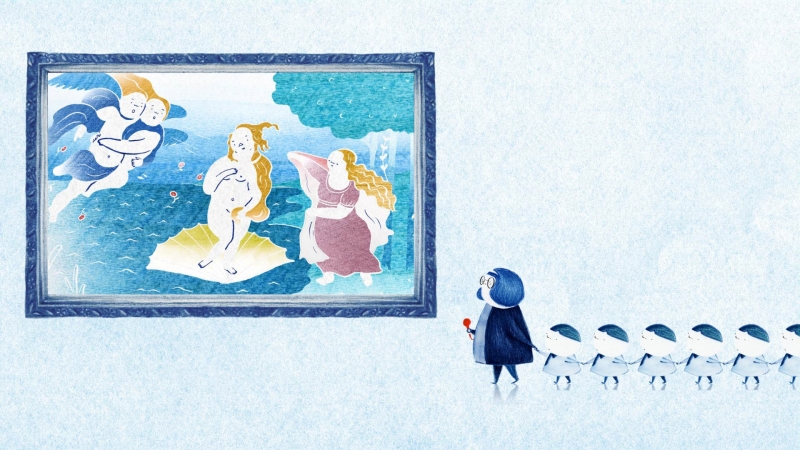 The 2019 Sundance Film Festival Short Film Tour is a 96-minute theatrical program of seven short films selected from the 2019 festival, widely considered the premier showcase for short films and the launchpad for many now-prominent independent filmmakers for more than 30 years. Including fiction, documentary, and animation from around the world, the 2019 program offers new audiences a taste of what the festival offers, from sharply written comedy and drama to edgy genre films and an intimate family saga.

Make it a Date Night:

On Valentine’s Day, Feb 14, enjoy a special Bubble Bar pop-up on the first floor common room! Treat your Valentine to a glass of champagne or sparkling rosé, plus chocolate-covered strawberries, chocolate truffles, and other sweet treats for sale!

Suicide By Sunlight
U.S.A., 17 minutes. Directed by Nikyatu Jusu, written by Nikyatu Jusu and R. Shanea Williams.
Valentina, a day-walking black vampire protected from the sun by her melanin, is forced to restrain her bloodlust to regain custody of her estranged daughters.

Muteum
Estonia/Hong Kong, 4 minutes. Written and directed by Äggie Pak-Yee Lee.
In an art museum, we learn—from outer to inner, from deep to deepest, seriously and sincerely.

The MINORS
Short Film Special Jury Award for Directing
U.S.A., 10 minutes. Written and directed by Robert Machoian.
A slice of life about a grandpa and his grandsons, the future and the past.

Brotherhood
Canada/Tunisia/Qatar/Sweden, 25 minutes. Written and directed by Meryam Joobeur.
When a hardened Tunisian shepherd’s son returns home after a long journey with a new wife, tension rises between father and son.