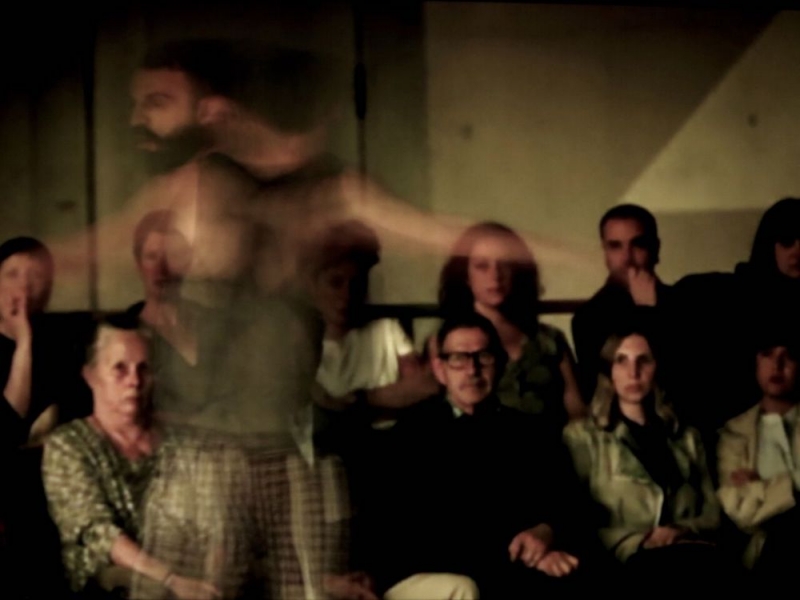 Alessandro Sciarroni, don’t be frightened of turning the page

Alessandro Sciarroni returns to the ICA for an intimate, singular performance experience. In don’t be frightened of turning the page, Sciarroni performs a dance of duration, repeatedly rotating for the entire length of his solo. Through variations in speed and velocity, Sciarroni creates a kind of hypnotic link between the performer and the viewer.

Awarded a 2019 Golden Lion for Lifetime Achievement by the Venice Biennale, Sciarroni is one of the most revolutionary choreographers working in Europe. His works have been performed at leading festivals and events around the world, including the Biennale de la Danse in Lyon, the Venice Biennale, Crossing The Line Festival New York, and the TBA Festival in Portland. He has also presented his work at the Centre Pompidou in Paris, The Walker Art Center in Minneapolis, and the MAXXI Museum in Rome. Sciarroni is a choreographer at the Balleto di Roma. His shows are produced by Marche Teatro.

Alessandro Sciarroni, don’t be frightened of turning the page, is supported, in part, by Q-International La Quadriennale di Roma.