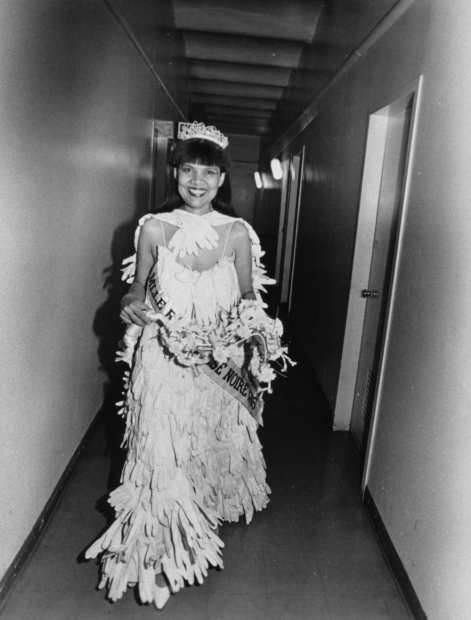 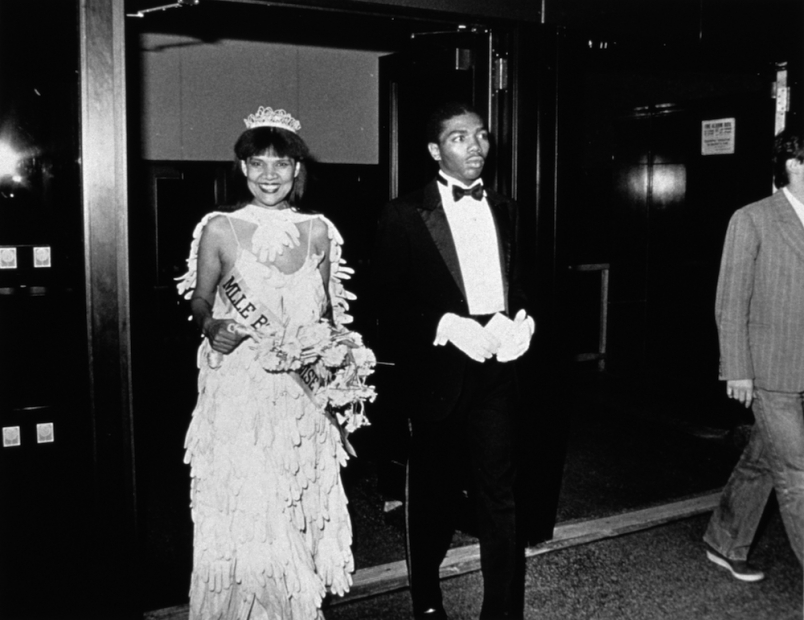 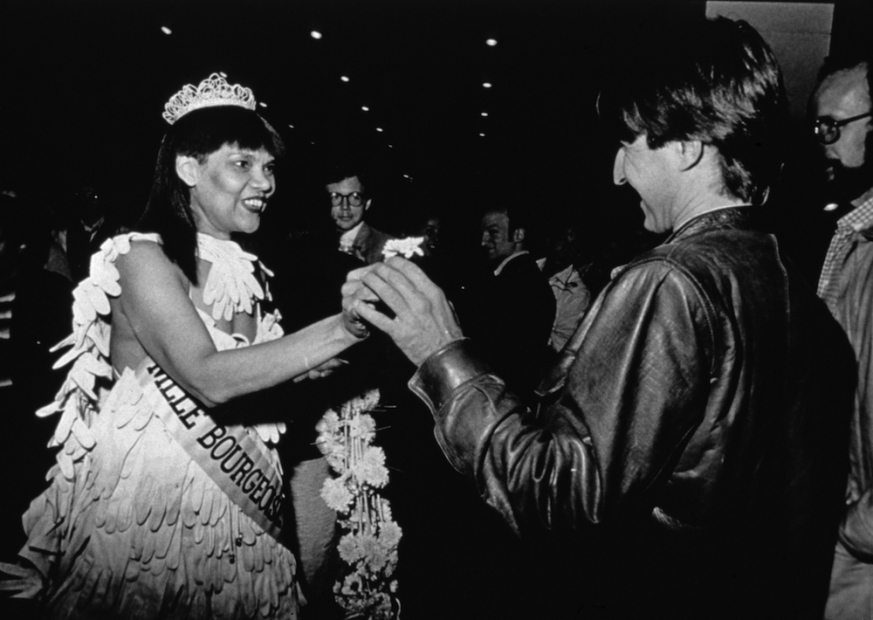 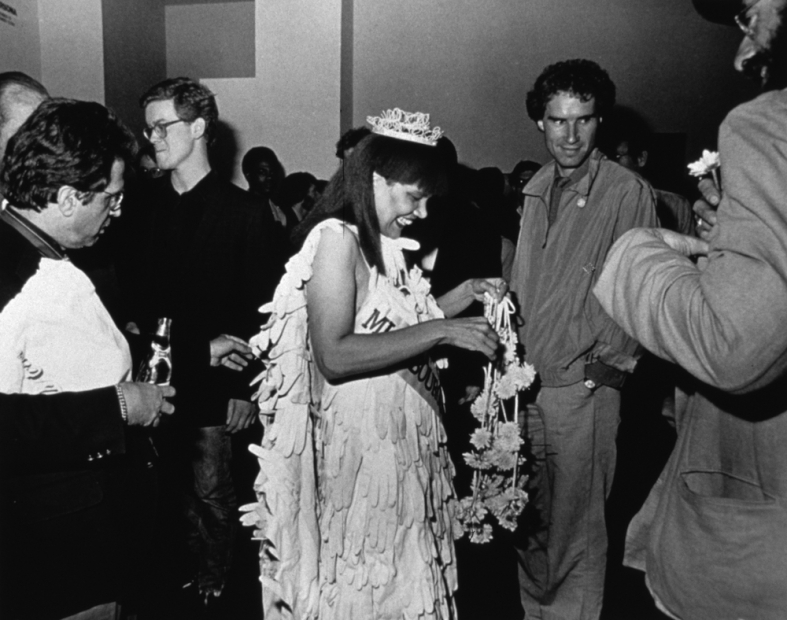 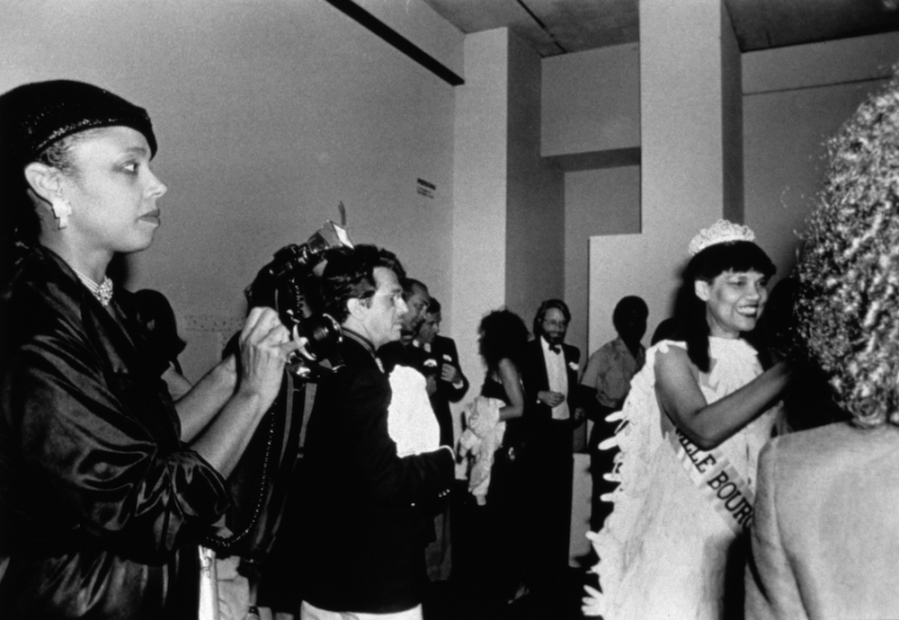 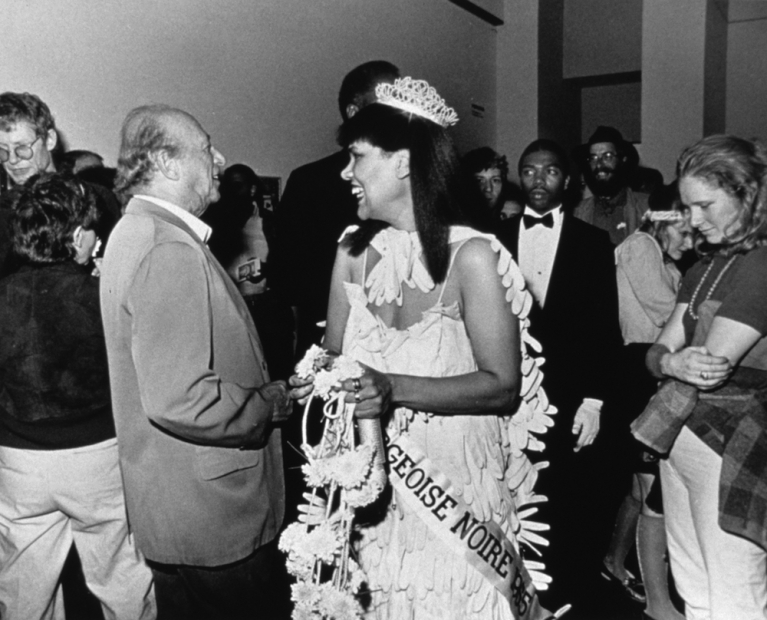 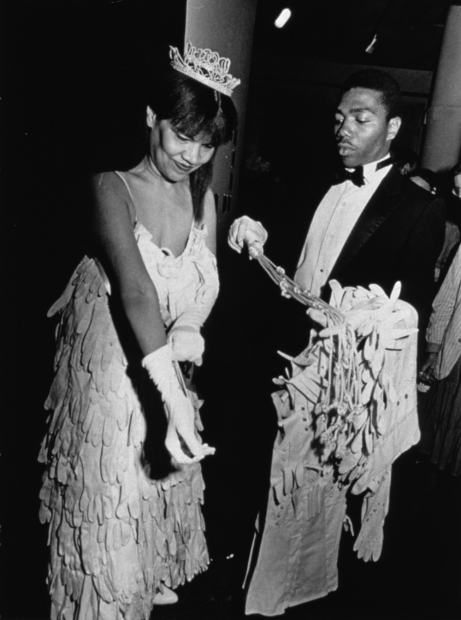 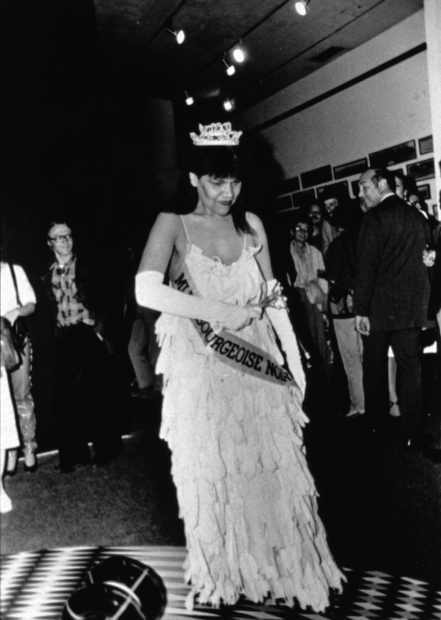 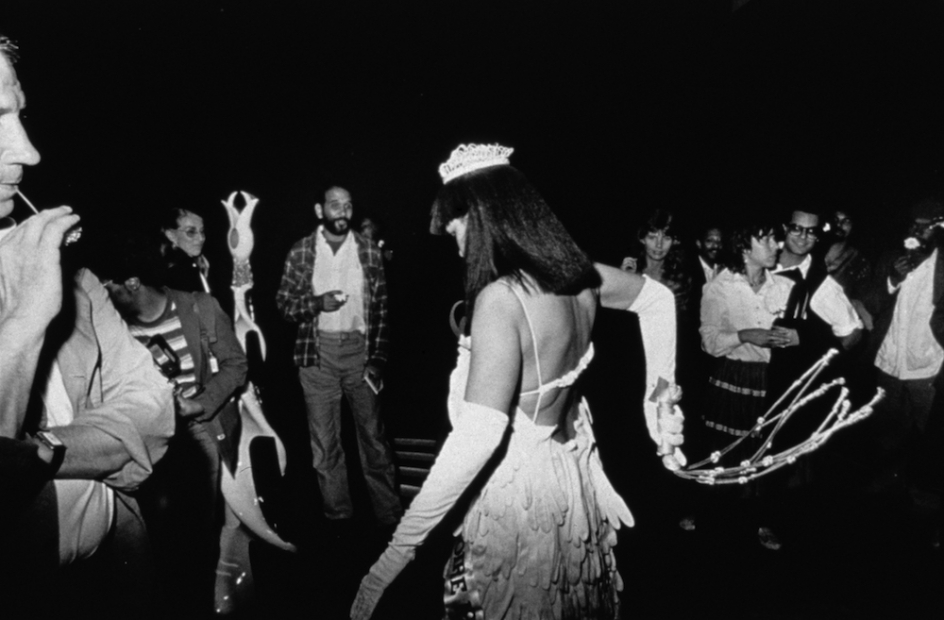 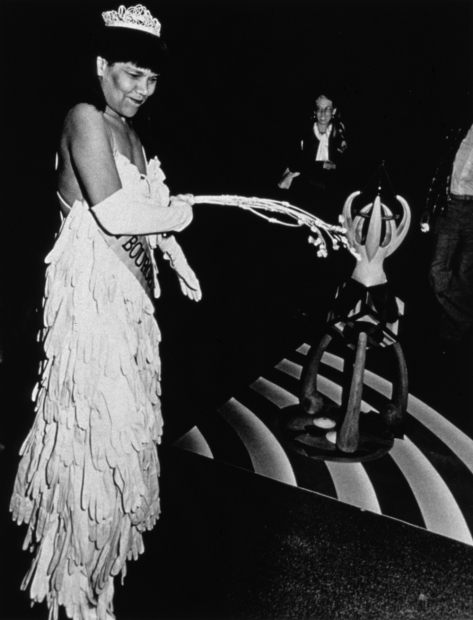 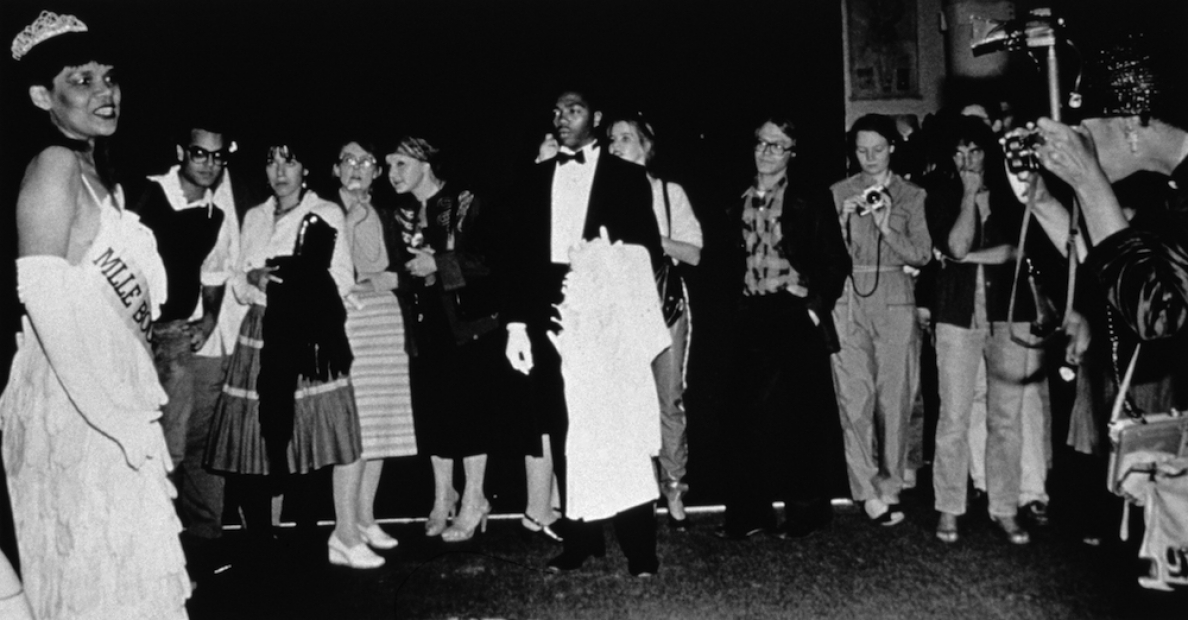 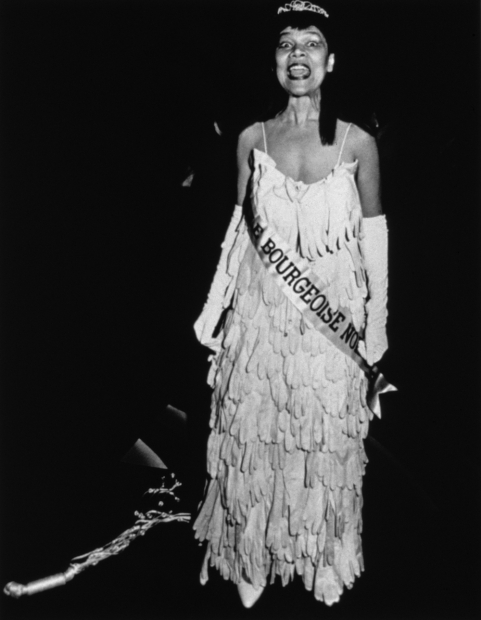 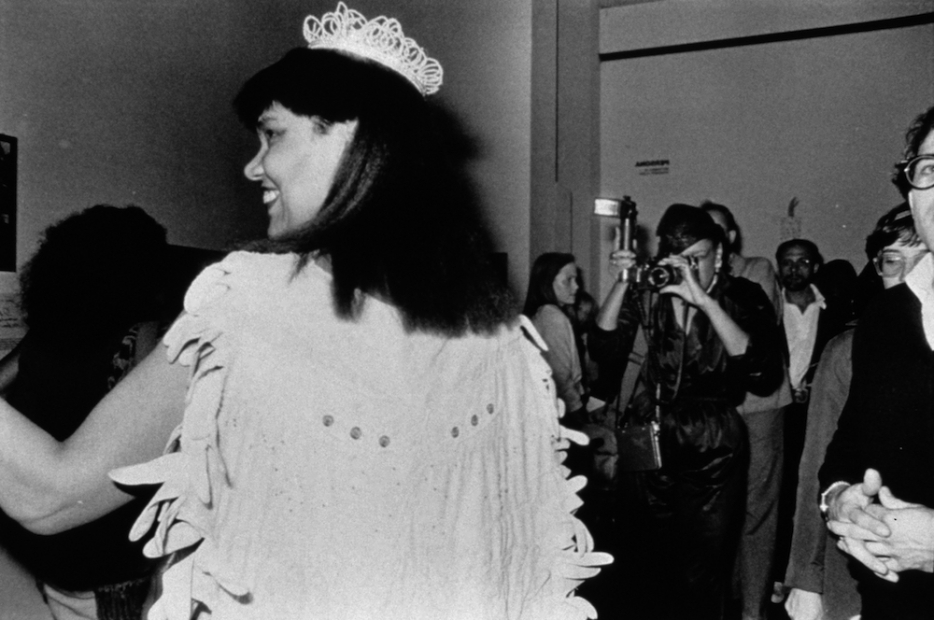 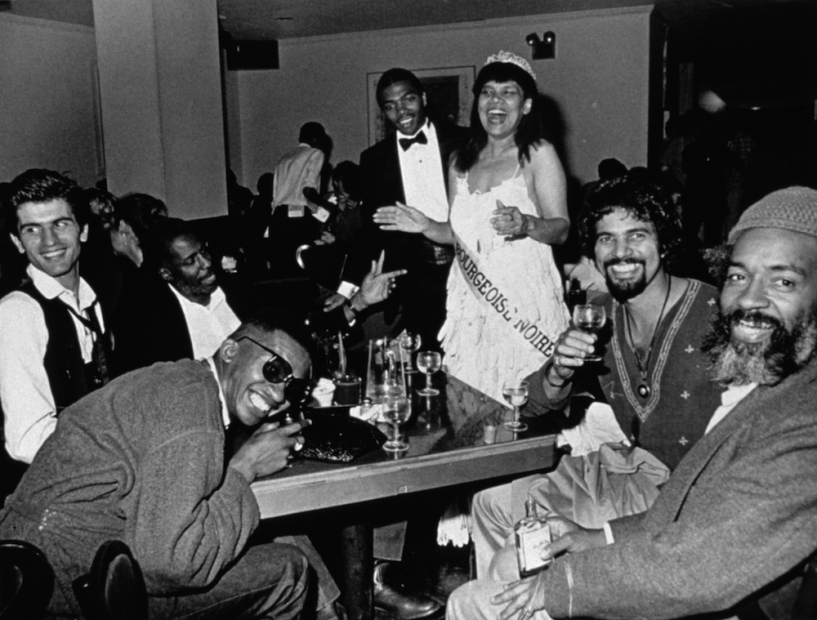 Lorraine O’Grady is an artist and critic who employs strategies of conceptual art, performance, and installation to address issues related to gender and sexuality, class, cultural hybridity, and race, and their relationship to art history. The artist was born and raised in Boston, Massachusetts. Her work has explored her middle-class upbringing in New England and her experience as the daughter of Caribbean immigrant parents. O’Grady received her BA from Wellesley College in 1955 and worked as an intelligence analyst for the US government, a literary translator, a rock music critic, and an independent writer before pursuing a career as a visual artist in the 1970s at the age of 40. She describes her practice as a form of “writing in space,” deeply informed by early 20th-century surrealist and futurist manifestos.

O’Grady’s first public performance, Mlle Bourgeoise Noire, which premiered in 1980 at Just Above Midtown Gallery in New York, remains a pivotal work of race, gender, and class critique. These photographs document the sequence of events as O’Grady’s persona, Mlle Bourgeoise Noire (Mademoiselle Black Middle-Class), crashes an opening reception of the exhibition Persona at the New Museum of Contemporary Art, which featured artists working with alter egos—all of whom were white. Dressed in a handmade costume of 180 pairs of white gloves and carrying a cat-o’-nine-tails (in her words, “the-whip-that-made-plantations-move”) made from sail rope studded with white chrysanthemums, O’Grady made other uninvited appearances in art spaces throughout New York as her persona, demanding attention for black artists. Furthermore, through this persona she explores her own background as part of the black middle class in Boston.

This iconic work, along with O’Grady’s costume, was on view in We Wanted a Revolution: Black Radical Women, 1965–85 at the ICA in summer 2018. O’Grady is an artist with local origins, and this work strengthens our photographic holdings and works in portraiture as it joins the Barbara Lee Collection of Art by Women. Mlle Bourgeoise Noire engages with the performative, like artists such as Nick Cave and Ana Mendieta, and is in dialogue with works by artists in the ICA’s collection exploring issues related to race and representation, such as Howardena Pindell and Lorna Simpson.

Acquired through the generosity of Barbara Lee, The Barbara Lee Collection of Art by Women 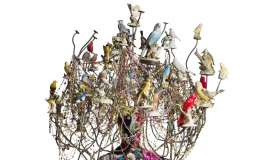 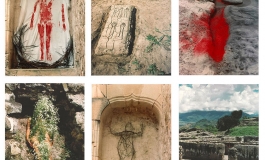 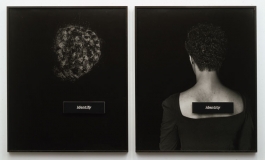 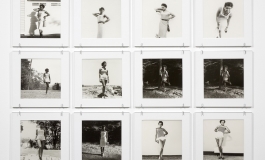