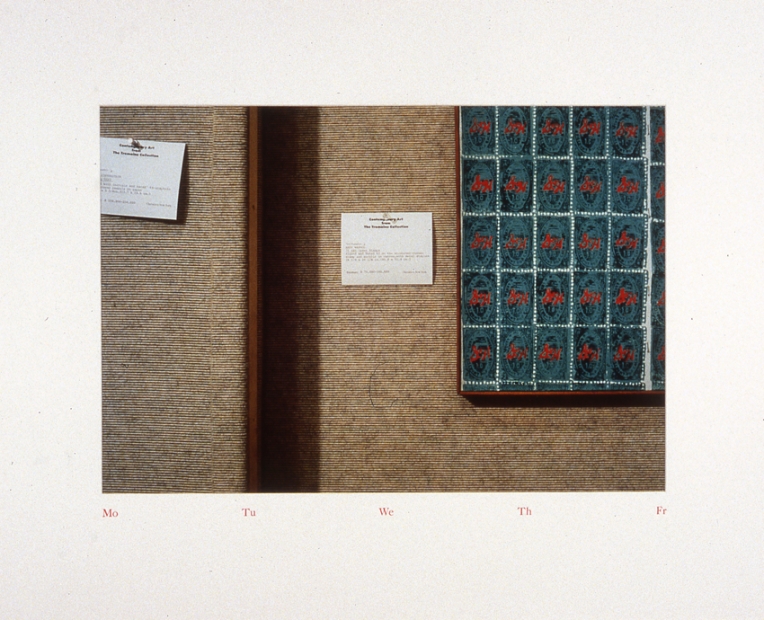 Louise Lawler explores the contexts in which works of art are viewed and circulated. Working primarily in photography, since the late 1970s she has recorded art in collectors’ homes, museums, auction houses, commercial galleries, and corporate offices, whether installed above copier machines or piled on loading docks and in storage closets. In documenting these sites, she frames the strategies of display—from the labels that accompany the art objects to their location—to bring attention to the ways these spaces shape the meaning and reception of art after it leaves the artist’s studio. Her work is often associated with institutional critique for its exposure of art world machinations and with the “Pictures Generation,” a group of artists that includes Sherrie Levine, Robert Longo, Cindy Sherman, and others known for their strategies of appropriation. Witty and trenchant, her photographs are more than mirrors in which the art world sees itself; they reposition the viewer to engage critically and affectively with art’s presentationand dissemination.

In Untitled, Andy Warhol’s 70 S & H Green Stamps, 1962, is seen installed on a wall at Christie’s. Warhol’s work showcases his fascination with readymade, reproducible imagery, here the banal motif of Sperry & Hutchinson (S&H) company trading stamps, which Warhol has, rather ironically, hand-stamped on the paper. Lawler’s choice of this work as a focus at the auction house initiates a dialogue between Warhol’s own interest in consumer society and the metamorphosis of an artwork into a commodity. The second label to the left underscores that Warhol’s work is one among many objects being sold at auction, as multiple as the subjects he depicted.

Lawler’s Untitled builds on the ICA/Boston’s collection of work by contemporary photographers, especially those who came of age artistically in the 1980s, including Nan Goldin, Richard Prince, and Cindy Sherman. Furthermore, it strengthens a burgeoning specialization in conceptual and text-based photography demonstrated by such artists as Sophie Calle and Lorna Simpson. 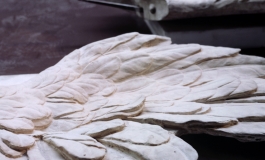