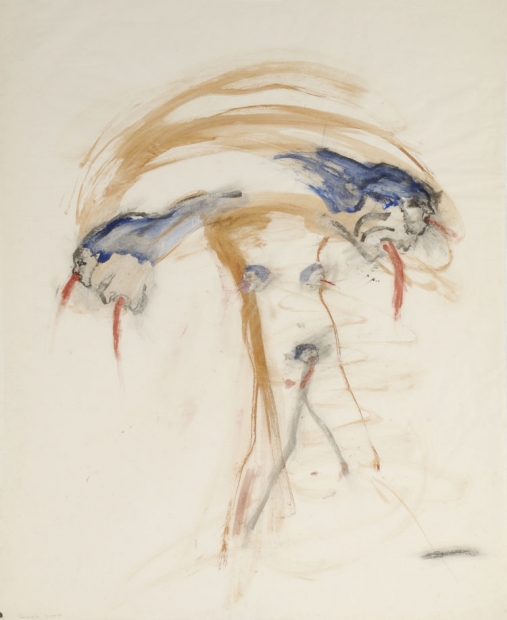 Throughout her more than sixty years as an artist, Nancy Spero maintained a commitment to socially and politically engaged art. In her paintings, collages, prints, drawings, and murals, she expressed stances that were antiwar, antiviolence, and most notably, feminist. Spero was a member of a number of artist-activist groups, including the Art Workers Coalition, Women Artists in Revolution, and the A.I.R. Gallery, dedicated to art by women. She consistently sought to meet what she considered to be the societal obligations of the artist.

Female Bomb belongs to Spero’s War series, 1966–69, in which she personified weapons and wartime horrors in response to the conflict in Vietnam. The work shows several vicious-looking heads extending from a female body, blood seeming to spout from each as well as from the figure’s breasts and vagina. In Female Bomb, Spero collapses depictions of a weapon and the body that has been destroyed by it, highlighting the devastation caused by tools of warfare. Spero was fiercely committed to the representation of women in art and portrayed them as both victims and as sources of violence. The strokes of red extending from the heads in Female Bomb have been read as tongues as well as blood, giving form to Spero’s rebelliousness. She said of her work at the time, “I was literally sticking my tongue out at the world—a woman silenced, victimized, and brutalized.”

Nancy Spero is a seminal female artist of the twentieth century. Female Bomb is a crucial addition to the ICA/Boston’s collection of works made by the pioneers of feminist art. In addition, this piece augments our holdings of artworks that investigate themes of war and violence, including those by Kader Attia, Louise Bourgeois, Willie Doherty, Mona Hatoum, and Yasumasa Morimura. 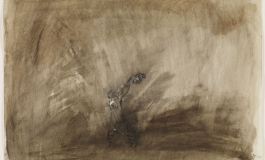