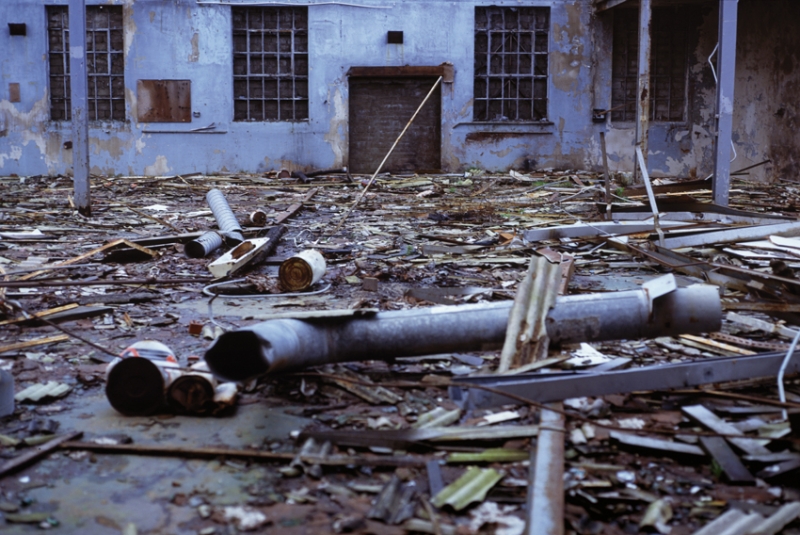 Since the early 1980s Willie Doherty has made photographs and video installations that meditate on the political Troubles in Northern Ireland. Having witnessed the 1972 Bloody Sunday massacre of unarmed nationalist civilians by British paratroopers, he began taking black-and-white photographs of his home town of Derry, with which he sought to counteract the images of political violence prevalent in the press. Doherty’s photographs and videos address issues surrounding the representation of landscape, territory, history, and the expression of identity. His work navigates the relationship between memory and subjectivity and presents them as sites of contestation and conflict. While Doherty’s work often focuses directly on the political impasse in Northern Ireland, he also makes work that is more metaphorical.

Factory III depicts an industrial yard filled with debris—segments of twisted metal pipes and broken fragments of wood—with the front of a dilapidated factory in the background. Cropped so only the yard, front windows, and roll top door of the factory are visible, the landscape gives off an eerie feeling that some sort of violence or devastation has taken place. As with many of Doherty’s works, Factory III stands as an archetypal scene of terrorism and political violence. The work activates universal emotions by playing off of the paranoia, anger, and desperation that rises to the surface when one encounters the detritus and broken windows of abandoned buildings. Yet the ambiguity of the photograph leaves the work open for multiple interpretations.

The addition of Factory III to the ICA/Boston’s collection expands the museum’s strong holdings in photography. Doherty’s work combines landscape photography with images that deal with terrorism and political violence. Alongside work in the collection by Paul Chan, Nan Goldin, and Mona Hatoum, Doherty’s Factory III will add to the diverse ways in which artists are dealing with issues of violence in their work.

Gift of Debra and Dennis Scholl 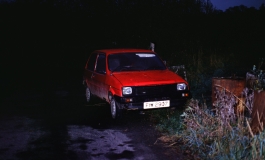