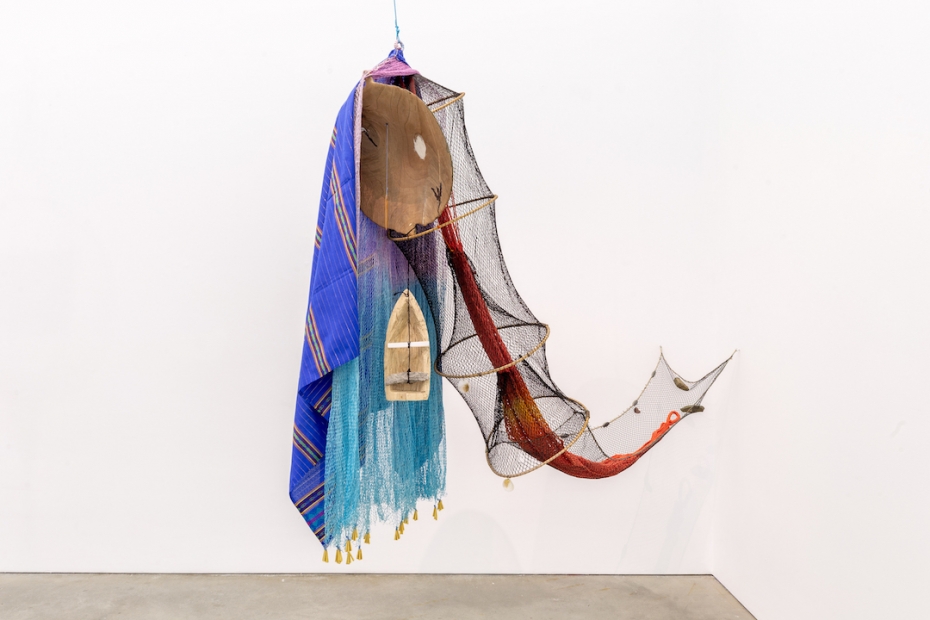 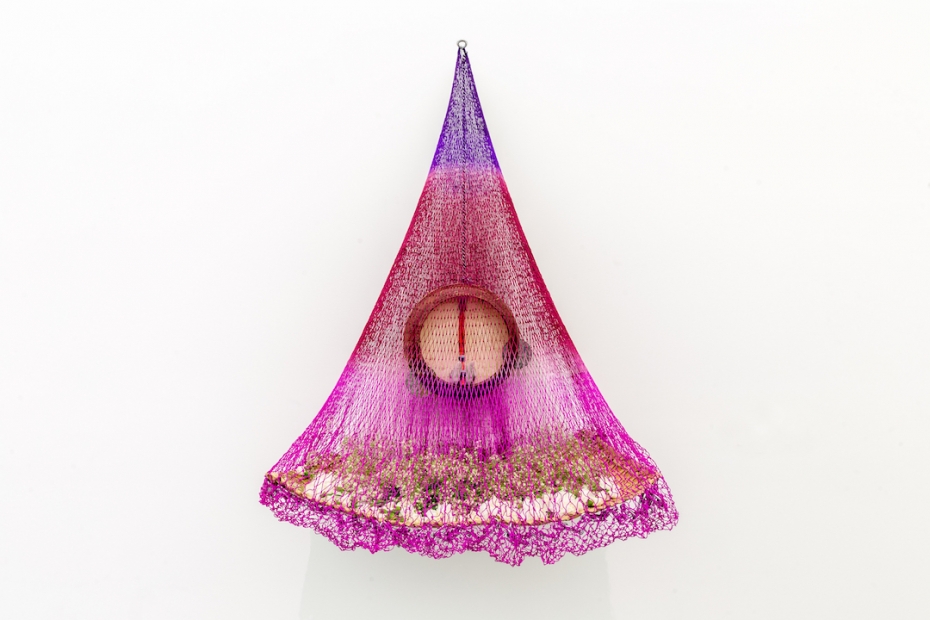 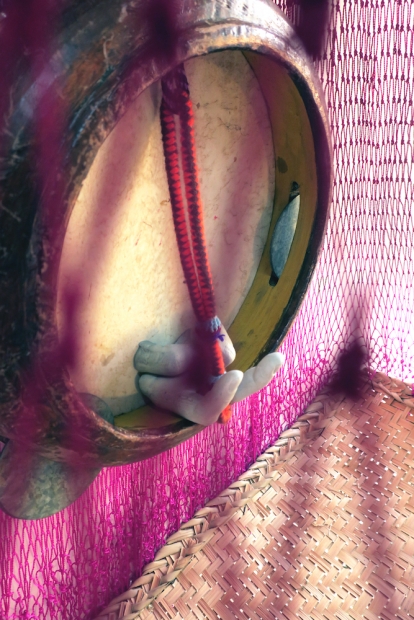 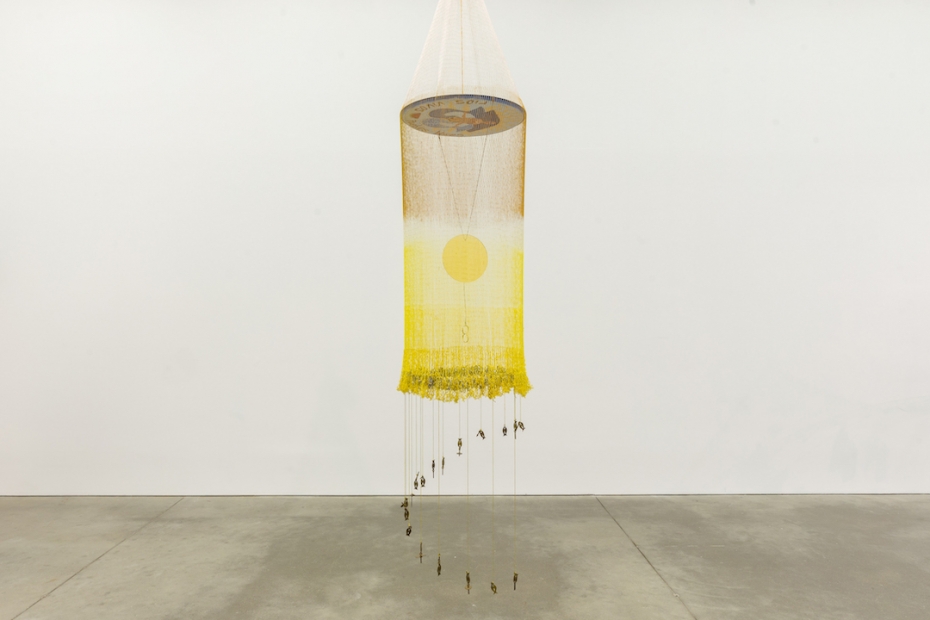 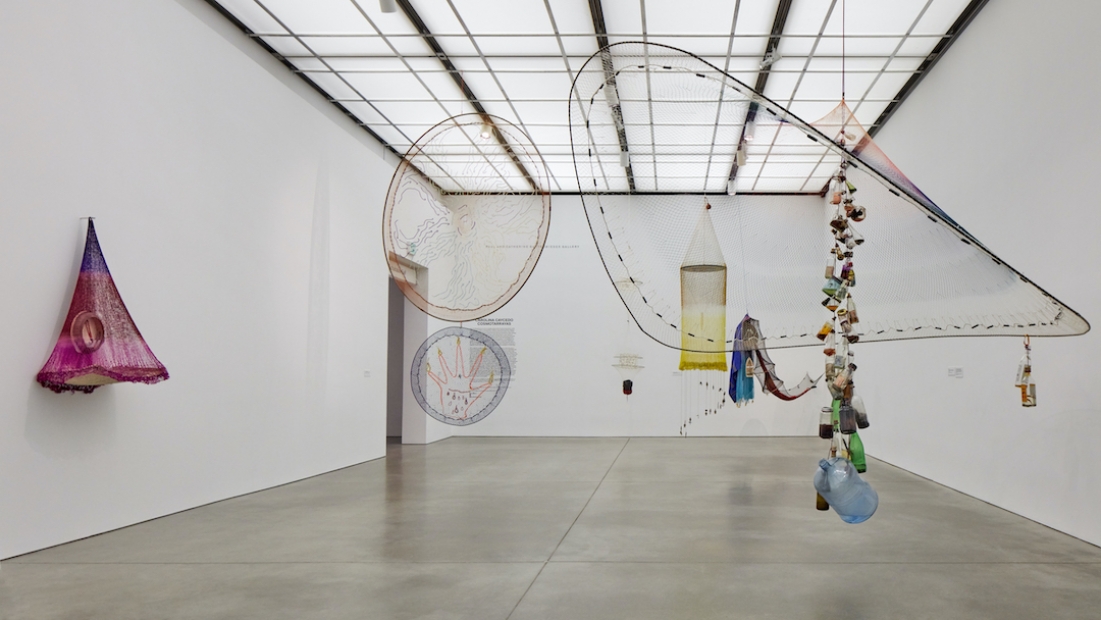 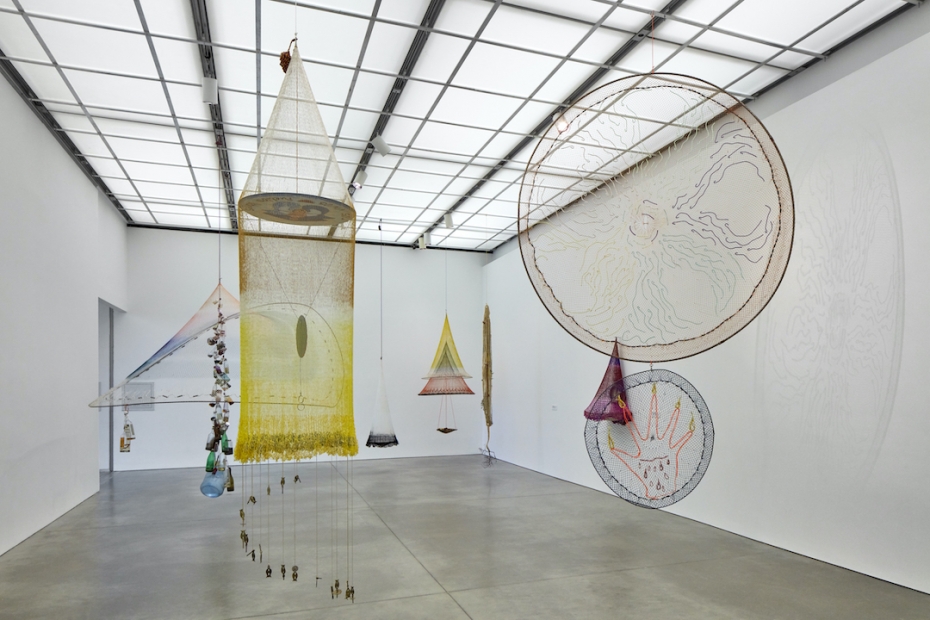 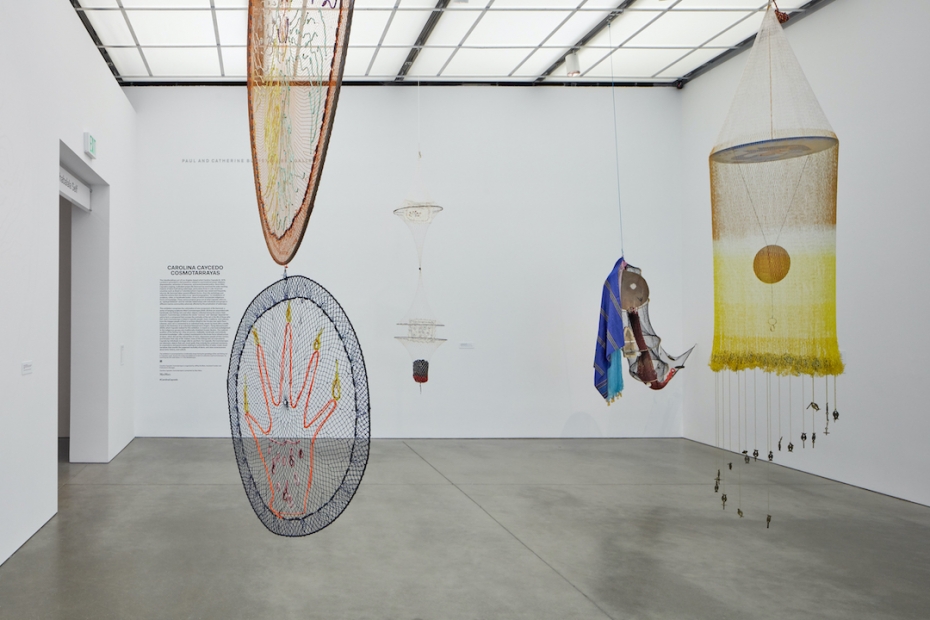 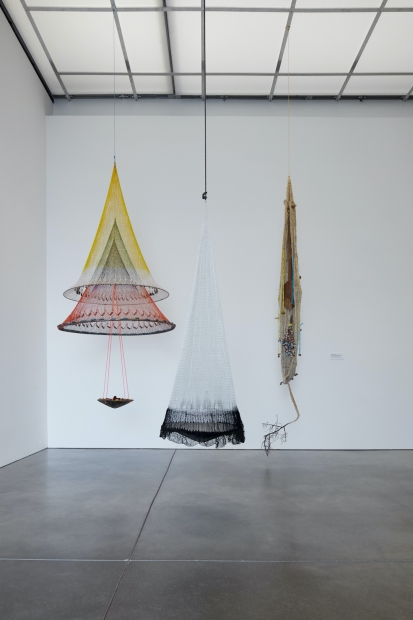 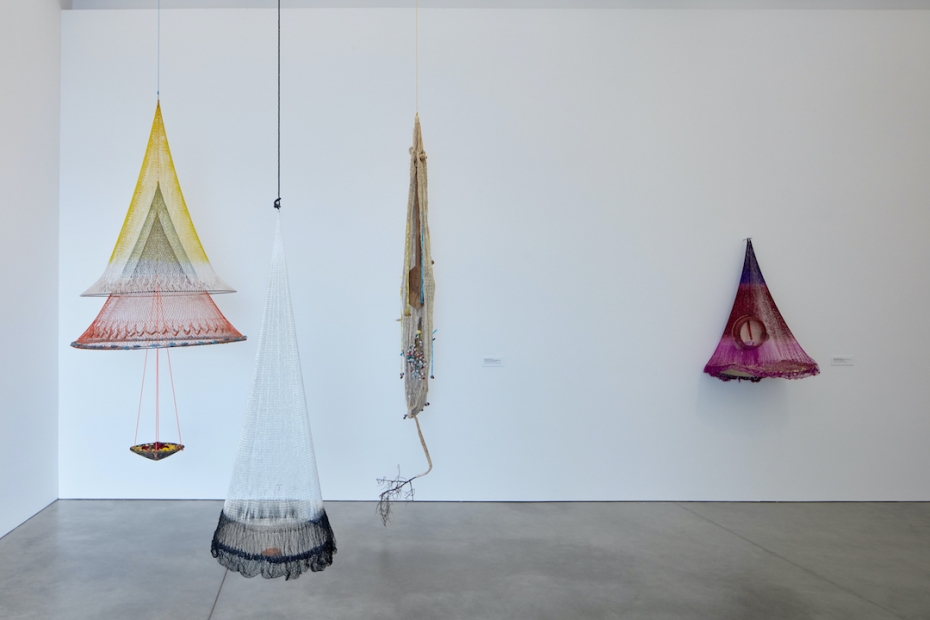 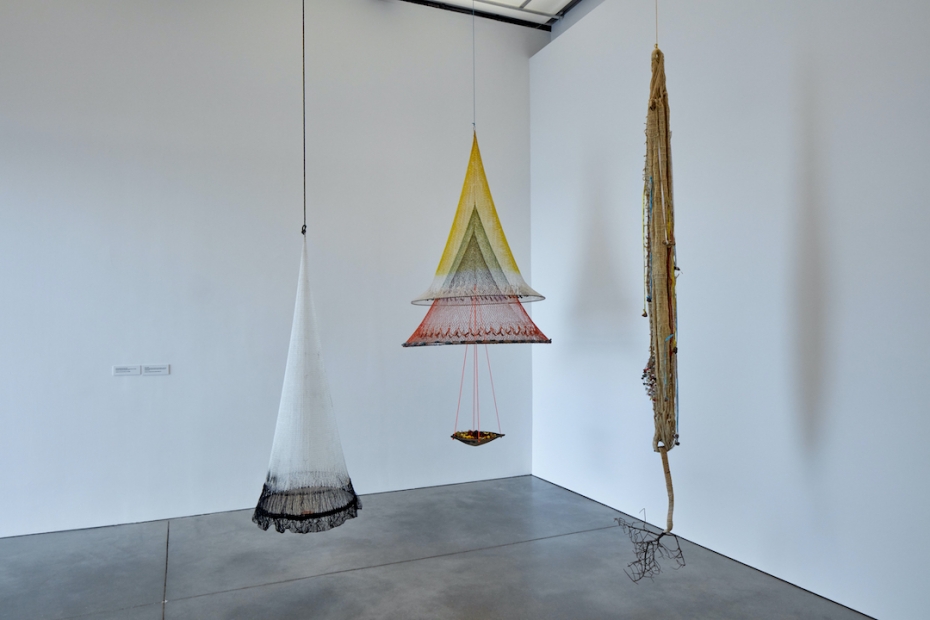 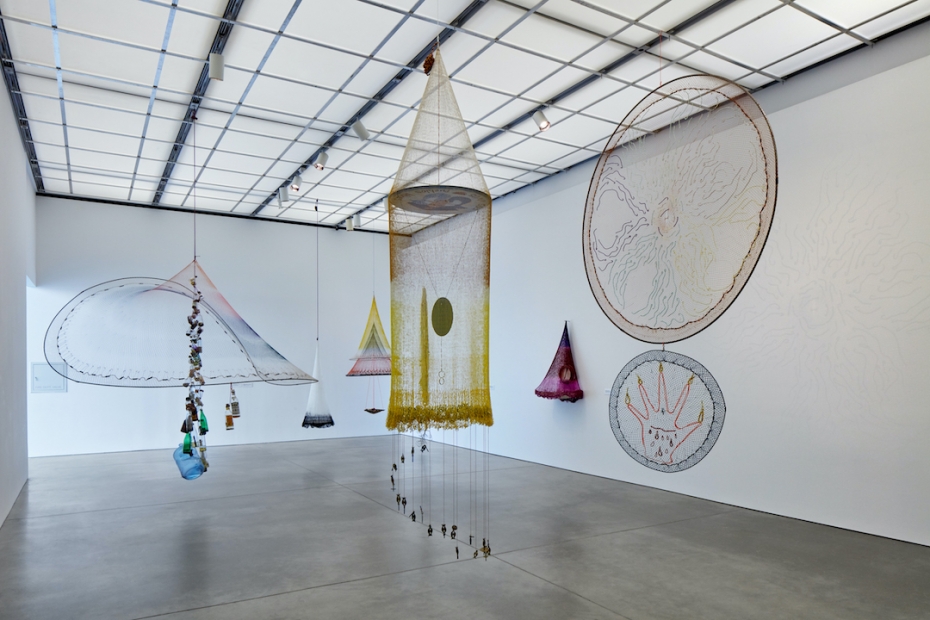 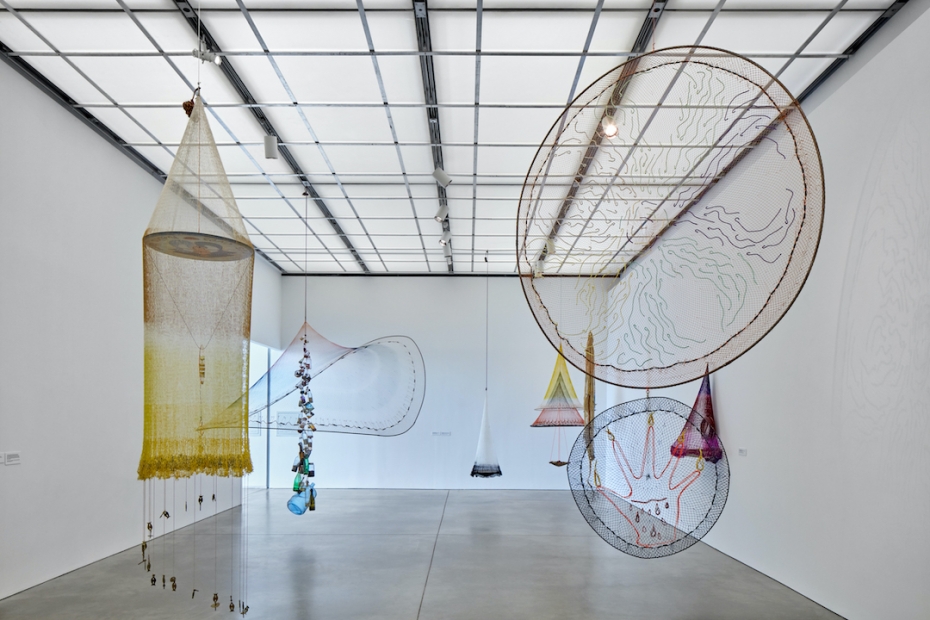 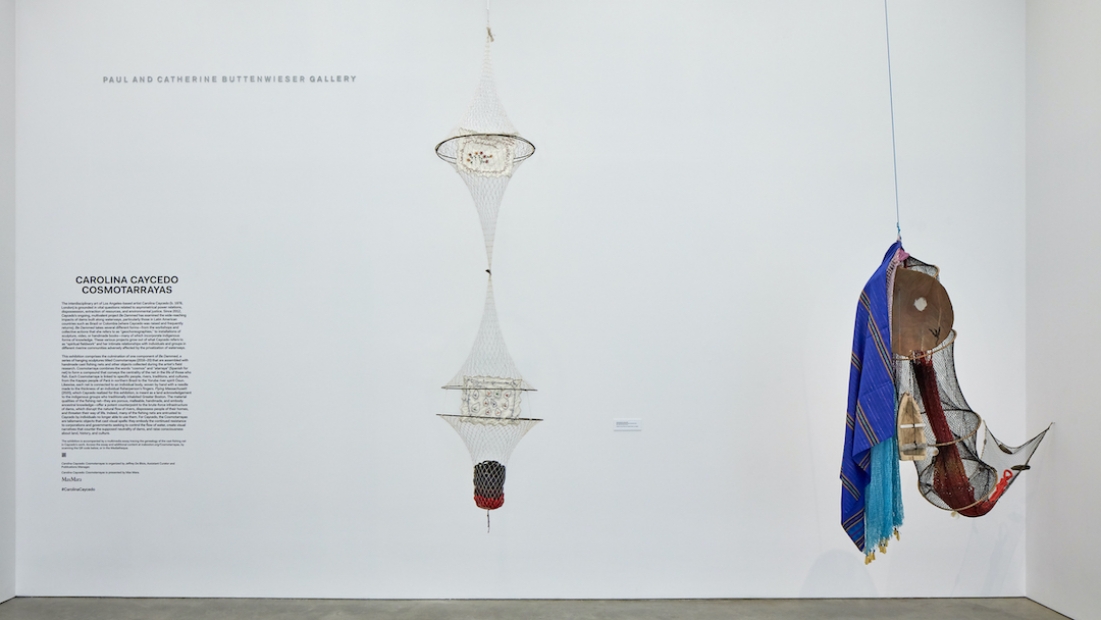 Since 2012, Caycedo has conducted an ongoing project, Be Dammed, examining the wide-reaching impacts of dams built along waterways by transnational corporations, including the displacement and dispossession of peoples, particularly in Latin American countries such as Brazil or Colombia (where she was raised and frequently returns).

At the ICA, Caycedo will present the culmination of one component of the project, a series of hanging sculptures called Cosmotarrayas that are assembled with handmade fishing nets and other objects collected during field research in river communities affected by the privatization of waterways. These objects, many of which were entrusted to her by individuals no longer able to use them, demonstrate the meaningful connectivity and exchange at the heart of Caycedo’s practice. At the same time, they also represent the dispossession of these individuals and their continued resistance to corporations and governments seeking to control the flow of water and thus their way of life. 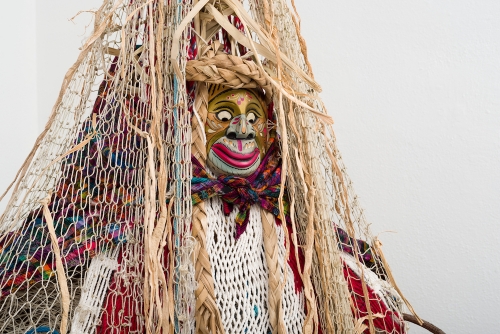 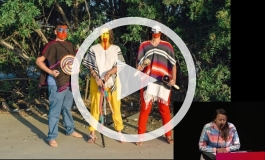