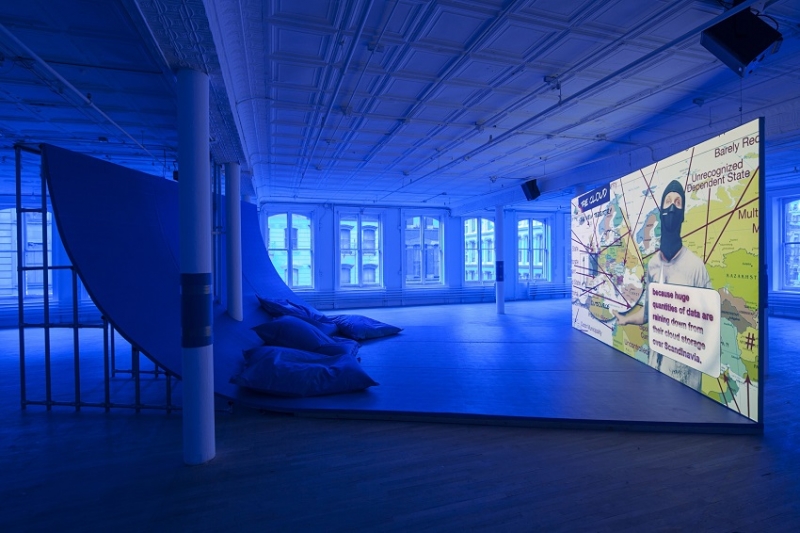 Since the late 1990s, when Hito Steyerl became well known as an artist, writer, and filmmaker exploring the forms and potential of the experimental documentary, her work has consistently probed the power and complexity of images. Steyerl’s themes have expanded over the decade to tackle the status of images in an increasingly digital world and their relationship to the possibilities for documentary, screen culture, financial and economic systems, institutions (including the museum), networks, corporate theory, and labor. She has engaged a fascinating array of individuals as subjects and has employed increasingly sophisticated approaches to editing, digital graphics, and video installation architecture. In these formal and conceptual approaches, she is one of the most forward-thinking artists working today.

Liquidity Inc. is a beguiling post-economic crash parable of mixed martial arts (MMA) fighting, high-frequency trading, weather systems, and the liquidity of markets, labor, and information. Watching the screen while lounging on oversized beanbags, the viewer is prone and comfortable while awash in digital images of water (a main character), clouds, Hokusai, and a Lehman Brothers trader-turned-mercenary. The work’s clearest narrative arc involves Jacob Wood, who lost his job in finance during the 2008 recession and turned his hobby of MMA fighting into a new career. The film shows MMA matches, interviews with fight experts, and Wood narrating his story: “You don’t want to be frozen, that’s the kiss of death, so you’re always being liquid, and moving, whether you’re striking, faking fainting, or doing take-downs.” Liquidity Inc. employs “liquidity” as a morphing trope to describe the circulation of digital images, data, and information, financial assets, and water as resource and component of our bodies, the weather, and the shifting roles and definitions of labor in our economy. “Liquidity” is abstracted and made into an icon or a kind of mantra, the ultimate expression of economic pressures for its constant adaptability and the precariousness it produces. As importantly, liquidity becomes a means of video making, whereby Steyerl practically invents a new form, interspersing sophisticated CGI, green screen scenes, catchy music changes, and an unparalleled understanding of our contemporary syntax of embedded videos, swipes, clips, scrolls, and windows. Weather reports delivered by “terrorists” (kitsch approximations, including a little girl) refer to the popular weather forecasting website, the Weather Underground, which took its name from the 1970s radical group. Here, clouds become “the cloud” of digital storage, bound up in transnational treaties governing the security of data and the Gulf Stream of information. Steyerl serves as a radical, quick-witted commentator on the most urgent issues of our time. And she does so with a formal acuity, political creativity, and technological sophistication unmatched by her peers.

Liquidity Inc. extends the concerns of videos in the ICA/Boston collection like Christian Jankowski’s The Hunt, 1992/97, and Trevor Paglen’s Untitled (Reaper Drone), 2012, yet also forges a new path in dealing with the Internet’s influence on contemporary culture, economics, and daily life.

Acquired through the generosity of the Acquisitions Circle. 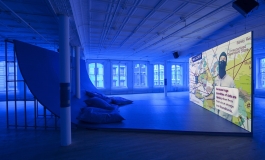