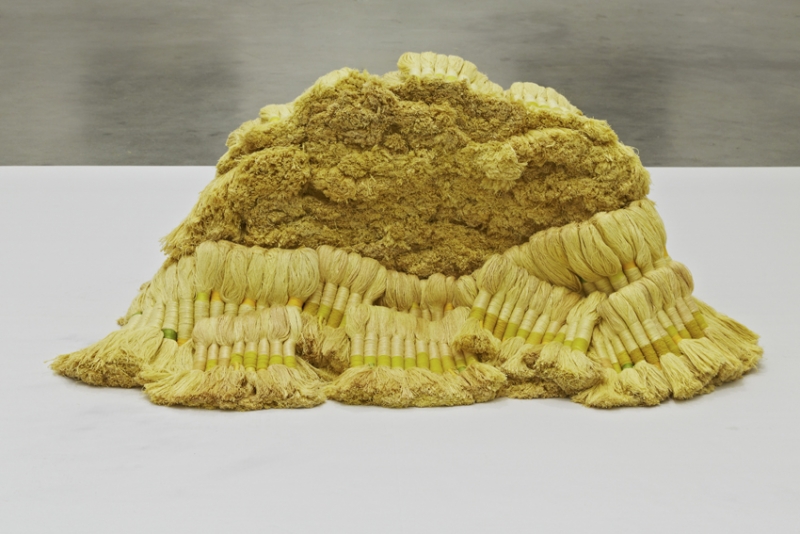 Whenever I look at Sheila Hicks’s sculpture Banisteriopsis II, I think of my son. For the record he is not blond nor particularly fluffy! But the exhibition Fiber: Sculpture 1960 – Present, in which this work was a highlight, was one of my primary occupations while pregnant, and Hicks’s magnificent floppy pile has imprinted on my brain as the visual companion to this period.

Knowing a little bit about Hicks, I appreciate the poignancy of this. Many of the artists recognized in the Fiber exhibition were women whose contributions to art went overlooked for decades due to gender and the implications of working in a medium associated with craft. I was also happy to see Hicks, at the tender age of 83, the subject of a major retrospective at the Centre Pompidou in 2017. This long arc of achievement is inspiring. Perhaps there is hope that my foggy brain will re-emerge, sharp and kicking, in a few decades.

I will let our wall text do its job of highlighting the work’s formal qualities and art historical significance. Here, I just wanted to give voice, for a moment, to a thought and a memory – one of the many that Banisteriopsis II has inspired and will continue to inspire every time it is on view.

I first wrote these reflections in May 2018. In summer 2019, the ICA produced a print compilation of staff art notes and sent them to the artists whose works were mentioned. A few months later, I went to the mailroom and found a postcard addressed to me, written in a classic slanted script. I was puzzled – you will recall the aforementioned foggy brain – but it slowly dawned on me that the postcard was from Sheila Hicks, in response to my art note written the year before. What a joy! She said that she had read my text and that it “pleased her immensely” because in 1965 (the year that Banisteriopsis II is dated) she gave birth to her own son and had many dear memories associated with the work. It warms my heart to think of these stories and memories, so personal and meaningful, unknowingly intertwined in one artwork.

Colette Randall has worked at the ICA since 2008 and is the Director of Audience Development and Communications. 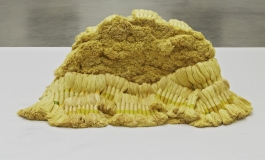