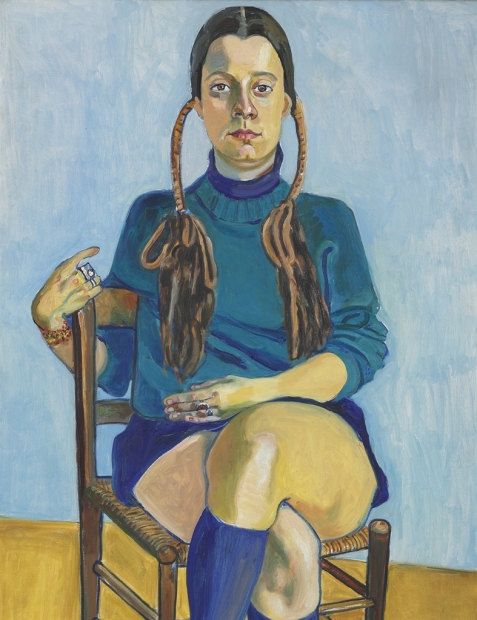 Though a product of the early twentieth century, Alice Neel defined herself in opposition to the traditional expectations of her gender at that time. The honest and intimate representations of women she produced throughout her career carved out a space for feminist engagement with a genre that is often defined by the male gaze. In her works, she openly displays her empathy for her subjects, often people in her social circle, creating portraits that are tender, humorous, and frank.

Vera Beckerhoff belongs to a series of portraits that document the lively community of artists and activists with whom Neel consorted during the late 1960s and early ’70s. Beckerhoff, an artist who settled in Vermont, possesses a self-assured pose, deadpan facial expression, and direct gaze, all of which suggest confidence and a comfortable relationship with the portraitist. Beckerhoff’s manner of dress and self-presentation epitomize the bold unconventionality that emerged during the period. 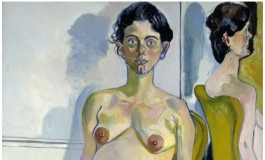