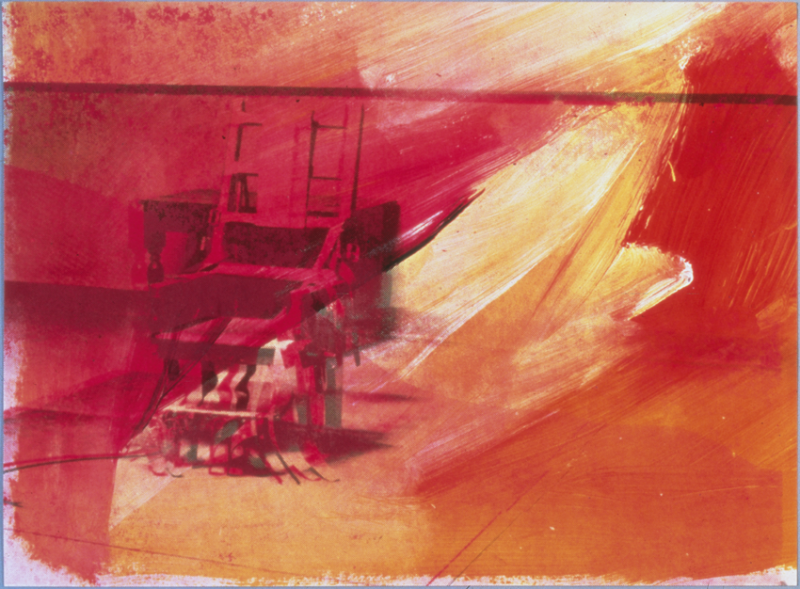 Andy Warhol began his career as an illustrator for advertisements and magazines, and by the 1960s had become one of the most prominent figures in pop art. Warhol experimented with a wide range of media—from filmmaking and video to painting, printmaking, and performance, often carried out in his vaunted Factory. Perhaps more than any other medium, he is known for his experimentation with screenprinting, a technique that, like the artist himself, challenged the boundaries between popular culture and fine art.

Warhol’s Electric Chair prints depict an unoccupied electric chair in an empty room. The image was appropriated from a press photograph from January 13, 1953, of the execution room at Sing Sing Correctional Facility in New York State. The room and chair, devoid of human presence and utterly still, convey a sense of death and absence. Warhol had already explored these themes in his Death and Disaster series of paintings and prints, which he began in the 1960s, screenprinting reproductions of car crashes, suicides, and other tragedies illustrated in newspapers. Unlike the subdued colors of silver, gray, and black he often used in these earlier images, the ten Electric Chair prints are rendered in the bright colors of pop: orange, purple, pink, red, and blue. The combination of jubilant colors and difficult subject matter registers Warhol’s notorious deadpan persona, which enabled him to avoid being pinned down.

These prints join another work by this canonical pop artist in the ICA/Boston collection—a photobook of Polaroids the artist took on Long Island (Red Book Prefix F158, 1972)—enabling the museum to better showcase Warhol’s pioneering appropriations.

Gift of an anonymous donor 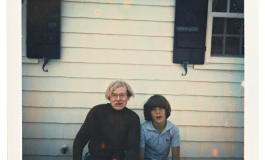