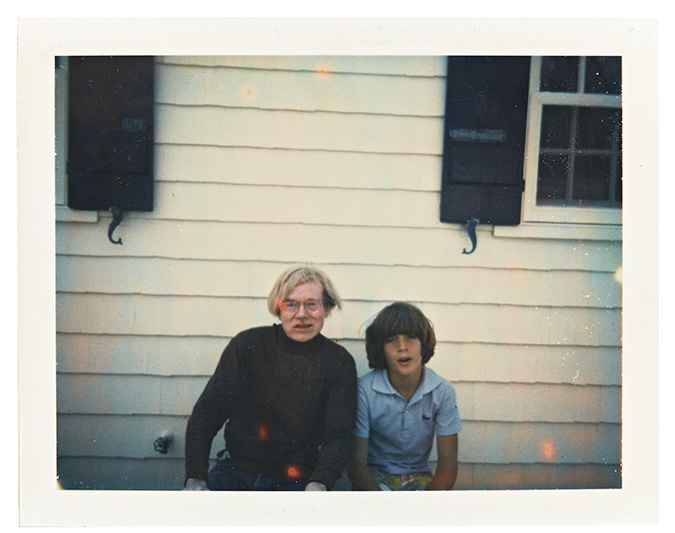 Andy Warhol, a leading figure in the 1960s pop art movement, began his career as a successful magazine and ad illustrator and later pioneered a wide variety of art forms, including performance art, filmmaking, video installations, and writing. His work uniquely challenged preconceived notions about the nature of art and erased traditional distinctions between fine art and popular culture.

From 1969 to 1975, Warhol created a series of Red Books, which were culled from over one hundred small red Holson Polaroid albums. Each book contains thirteen to twenty-two unique Polaroid Type 107 black-and-white, or Polacolor 108, photographs selected and organized by Warhol. The Red Books provide 203 intimate, snapshot-style images of the eclectic world of Hollywood movie and TV personalities, rock stars, art celebrities, and wealthy socialites. Each album is themed around a certain event, location, or a particular personality. Unlike Warhol’s silkscreen portraits, these images were spontaneous and affectionate. The photographs playfully depict subjects in different locations, including Warhol’s Factory, his summer retreat in Montauk, overseas, and during casual gatherings. Many of the images are signed and dedicated “To Andy Love,” “For Andy, a Great Talent,” or “To Andy Peace.”

Red Book Prefix F158 depicts a series of photographs taken during a weekend in Montauk with the Kennedy and Radziwill offspring (John Kennedy, Jr., Jed Johnson, and Anthony Radziwill). The photos are candid portraits of Warhol with the children, and the children playing on the beach or wrestling in the bedroom. There is a freshness and intimacy in the snapshots uncharacteristic of Warhol’s work. He gives special attention to the subjects’ clothing and hairstyles, not only offering insight into their personalities and rank in society, but also creating an offhand portrait of American culture at the time. The use of the Polaroid camera combines two of Warhol’s interests: the tendency toward disposability in modern consumerism and the photograph as readymade. The near-instant capacity of the Polaroid process meant that the photographs could be passed around, admired, and written on moments after the event or individual had been captured.

As an important influence on and precursor to art of the 1980s, Red Book Prefix F158 provides an addition to other series of portraits in the ICA/Boston’s collection, such as those by Rineke Dijkstra, Nan Goldin, Nicholas Nixon, and Collier Schorr.

Gift of The Andy Warhol Foundation for the Visual Arts, Inc. 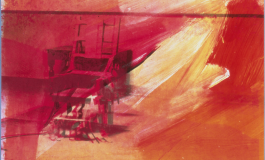