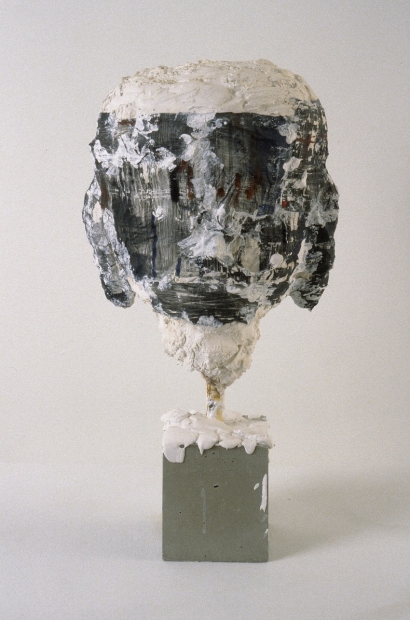 In a career spanning over twenty years, Arlene Shechet has made diverse works by embracing the chance processes dictated by materials that change from one state to another before solidifying as a finished object. According to Shechet, working with variable materials such as plaster, cast paper, glass, and ceramic is “like stopping time, creating a pause, in order to generate new ways to look at things.”

Shechet’s oeuvre ranges from series that draw on the forms and vocabulary of East Asian art to explorations of clay as a “three-dimensional drawing material.” During the last decade, she has worked predominantly in clay, a medium often overlooked in mainstream art discourses because of its associations with craft and domesticity. In 1983, Shechet visited the ninth-century temple compounds Prambanan and Borobudor in Indonesia, the latter being one of the largest Buddhist monuments in the world. Climbing among thousands of stone reliefs had a profound impact on Shechet, who described it as “an experience of sculpture as a language for transmitting information, feelings, beliefs, and thoughts.” Ten years later, Shechet made the first of several seated Buddha sculptures in plaster with applied paint skins. During the same period, she created a series of heads—including Essential Head—whose materials and visual vocabulary are similar to her Buddha-inspired sculptures. Though they are less overtly figurative, the form of the heads is drawn from the iconic portrait sculpture tradition of East Asian art. To make the heads, Shechet sets cut steel bars vertically into individually cast concrete blocks. As she grips the bar where it meets the base, she pours quick-drying plaster onto her clenched fist, grasping and forming with that hand while she continues to pour with the other. Through this process, Shechet both courts chance and emphasizes a physicality of making that becomes integral to the final object.

Essential Head is an important early work by the artist, emblematic of her sustained interest in East Asian art. The sculpture appeared in the ICA/Boston’s 2015 exhibition Arlene Shechet: All At Once, organized by former Mannion Family Senior Curator Jenelle Porter.

Promised gift of an anonymous donor 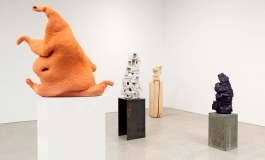 Arlene Shechet: All at Once