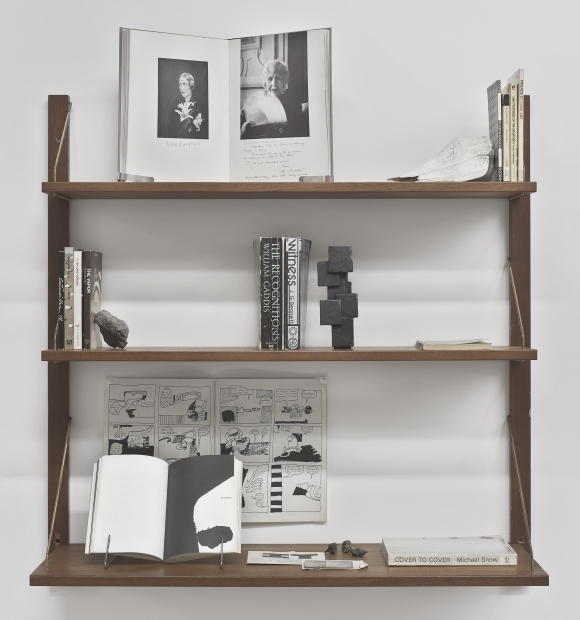 The sculptural installations of Carol Bove draw together found and made objects into thoughtfully constructed assemblages that explore both historical misapprehensions and modernist modes of display.

Bove has long addressed the social dynamics of the late 1960s and early ’70s through the presentation of objects, looking at, as she says, “the tiniest details to think about history and to think about history to reflect on the present moment.” She began by drawing portraits of women who appeared in issues of Playboy from 1966 to 1972, a period when she observed a “calculated ambivalence” in the women being photographed. Bove’s engagement with the era resulted in sculptural arrangements of its cultural artifacts; she employed furniture such as Knoll tables as settings for books, magazines, and objects that suggestively, albeit indeterminately, tie together various histories. Bove often put wall-mounted shelving units such as those designed by George Nelson and Poul Cadovius to similar ends. Innerspace Bullshit is one such wall-mounted shelf with an arrangement of books, objects, and ephemera, including Gregory Battcock’s conceptual art anthology Idea Art (1973), a small-press magazine called Grope, a collection of Michael McClure’s poetry called Ghost Tantras (1964), a rock from Marfa, and a pseudo-cubist sculpture. Bove’s meticulous arrangement further encodes the objects to project the aura of the ’60s, both the decade’s utopian impulses and its failures, creating a system through which history can be reevaluated in the present.

Bove’s shelf-based arrangements of books and objects are an early signature trademark of what has developed into a unique and important sculptural practice. Innerspace Bullshit contains all the hallmarks of this practice and points to Bove’s evolution, providing a crucial link between her early drawings and her more recent expansive installations. This work forms part of the ICA/Boston’s diverse holdings in contemporary sculpture, especially works that reference the practice and legacy of integrating found elements, also seen in the works of Taylor Davis, Rachel Harrison, and Roni Horn. 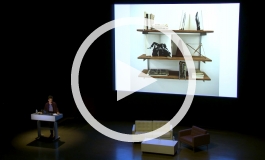