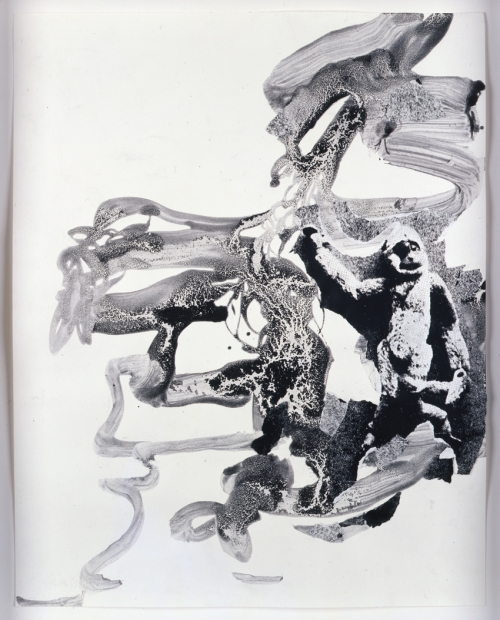 Born in Germany, Charline von Heyl moved to New York in the mid-1990s and has pursued a vigorous and multivalent artistic practice. In her paintings, drawings, prints, and collages, von Heyl harnesses abstraction as a process of discovery, adding marks and obliterating them to produce vibrant and layered works.

This set of ten untitled drawings from 2003 was originally exhibited as part of an installation of forty-four black-and-white works at Petzel Gallery in New York. They demonstrate von Heyl’s interest in stimulating play between figuration and abstraction, as recognizable elements seem to lurk within the matrix of the abstract works. In 2001, von Heyl had begun to work with a photocopier, using the device as part of her experimental process of deriving patterns, lines, shapes, and motifs from found images. Von Heyl has drawn on a diverse range of visual sources, from Otto Ubbelohde’s illustrations for an early twentieth-century edition of the Brothers Grimm fairy tales to images from Dion Buzzati’s 1969 graphic novel Poema a fumetti, based on the myth of Orpheus and Eurydice. In von Heyl’s hands, such sources relinquish their specific references and figures, offering a plenitude of marks and gestures that she integrates into powerful and unified artworks.

This suite of drawings is part of the ICA/Boston’s collection of works that explore the history of abstraction and mark making by such artists as Matthew Ritchie and Amy Sillman, and complements another work by von Heyl in the collection, the large-scale painting Guitar Gangster, 2013. 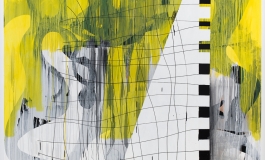