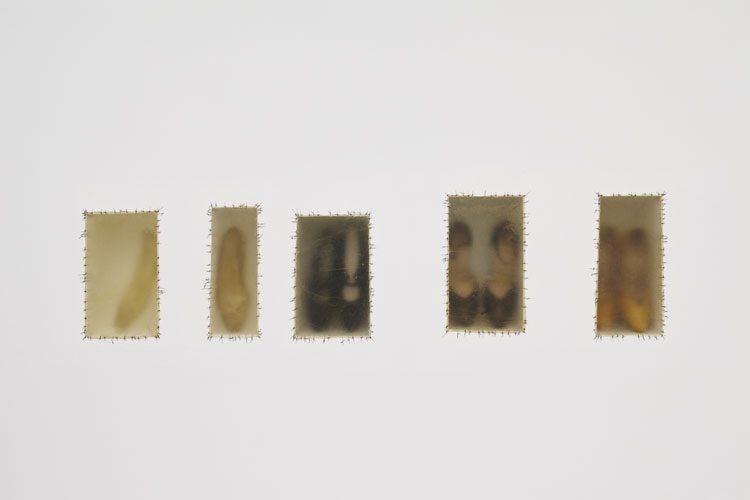 Since the mid-1980s, Colombian artist Doris Salcedo has made works that attest to the human consequences of criminal and political violence. Salcedo’s sculptures and installations are informed by her extensive research and fieldwork in rural communities in her native Colombia, particularly the testimonies of victims of political persecution. Her work both honors the memory of lives lost and contemplates the frequently unspoken and lingering effects of trauma. Her unorthodox medium is a combination of domestic furniture and unyielding building materials such as concrete and steel. By distorting the familiar, she transforms our perception of home from a place of comfort and safety to one of disorienting dislocation. Instead of engaging the traditional methods of sculpture such as carving or molding, she realizes her work through acts of physical and symbolic violence: filing, scratching, bending, beating, fusing, melting, and burying.

Atrabiliarios is one of Salcedo’s earliest and most powerful depictions of violence, suffering, and loss. The title references the Latin expression atra bilis, which describes the melancholy associated with mourning. Worn shoes are inserted into a cavity in the gallery wall that is then covered with stretched cow bladder. This skin-like membrane is coarsely sewn to the wall with surgical thread, creating a milky layer between the viewer and the discarded footwear. Salcedo collected the shoes from the families of desaparecidos: the people, mainly women, who have mysteriously “disappeared” from their homes, a method of social control commonly practiced in Colombia during the internal conflict between paramilitary and guerilla forces in the 1980s. Now discarded, the once-lived-in shoes offer a metaphor for the body’s absence, a specter of loss and death summoned further by the sewn “skin” that encloses them, calling to mind post-autopsy stitching.

This work adds to the ICA/Boston’s strong and ever-expanding collection of sculpture and of works in all mediums by artists who explore the subject of war and sociopolitical violence, including Kader Attia, Louise Bourgeois, Willie Doherty, Mona Hatoum, and Yasumasa Morimura. 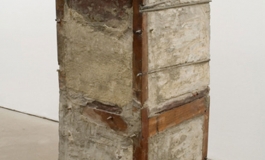 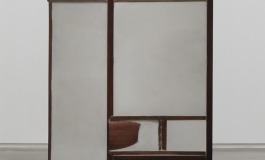 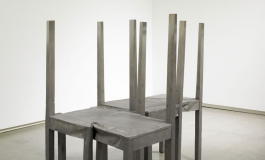