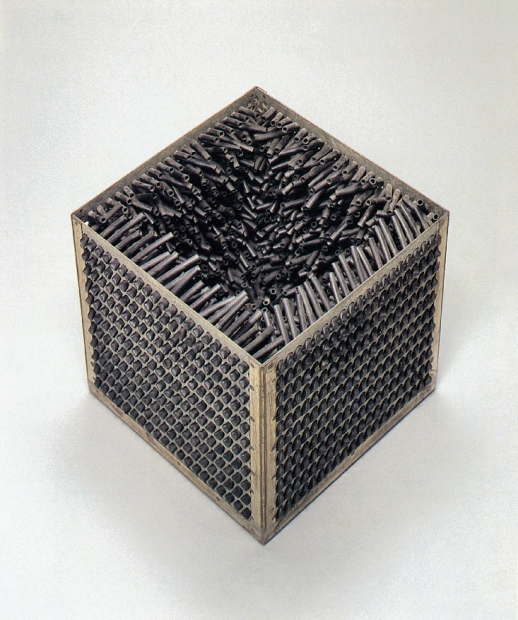 Eva Hesse was one of the most important artists working in New York in the 1960s, until her untimely death in 1970. In constant dialogue with that decade’s most influential minimalist, postminimalist, and conceptual artists—including Mel Bochner, Dan Graham, Sol LeWitt, Robert Smithson, and Ruth Vollmer—Hesse’s work reflected that circle’s emphasis on rigorously structured sculptural process and fabrication techniques, but also exemplified and in many cases influenced the group’s more corporeal, psychologically loaded, and, to use the critic Lucy Lippard’s term, eccentric strains that ran through postminimalism and process art, and continue to resonate in contemporary sculpture today.

Part of Hesse’s prodigious experimental art making includes the Accession series, created from 1967 to 1968, four iterations of which are extant today. With this series, Hesse created one of the decade’s most radical and psychologically resonant bodies of work based on the primary form of the cube. In each sculpture, rubber tubing is threaded through perforations in the walls of a cube open at the top. The rigidity and aggressively protective exterior walls are subverted by the formal and material complexity of the rubber tubing, with its slick surface, hollow interior, and biomorphic behavior. The smallest in the series, Accession IV has a dense interior space that forcefully underscores the differences between outside and inside, steel and rubber. One of Hesse’s best-known forms, it is an exemplar of postminimalist sculpture, fusing repetition, geometry, and industrial materials with media and processes that suggest the complexity of human experience and the psychically loaded spaces of our built environment.

Accession IV is an important representation of minimalism and conceptualism within the ICA/Boston collection. Hesse’s work provides the foundations for the “loaded” material choices and conceptual relationship to the gallery’s architecture (why a work sits on the floor instead of a pedestal, for instance) in works by younger artists as diverse as Taylor Davis, Tara Donovan, and Mona Hatoum, all of whom have responded to Hesse’s influence and the art history it represents. 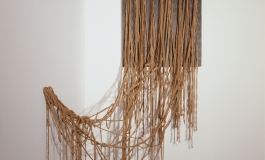 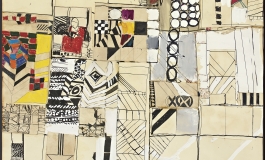