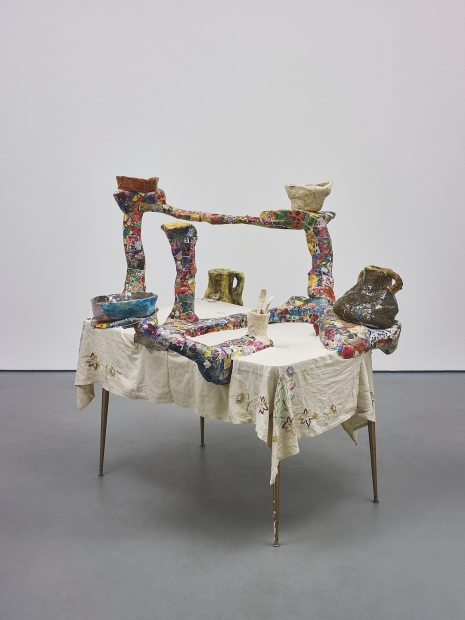 Jessica Jackson Hutchins’s hybrid objects transform everyday life into art, creating sculptural installations, collages, paintings, and ceramics that evince the presence of human use. “Transformation, evidence of work, accidents, the time contained in the humanity of the objects,” says Hutchins, “all that stuff is crucial to get at what I’m trying to get at, which is ways of connecting to the world, ways of knowing ourselves through the things we encounter.”

A key early work, and one of Hutchins’s first major sculptures to incorporate her own ceramics, Convivium combines slumping, hand-worked ceramic vessels and a sinuous papier-mâché armature on top of a kitchen table. The organic papier-mâché form—adorned with a collage of flower imagery that echoes the tablecloth’s embroidery—holds Hutchins’s ceramics in a delicate balance. The work’s title refers to a Roman feast modeled off an Etruscan custom, which itself was a version of the Greek symposium. The convivium emphasized living together and was embedded in social and familial structures. It differed from earlier Greek prototypes in marked ways, for instance, by including women citizens. Hutchins is deeply invested in mythologizing the everyday, and given the near-ubiquitous presence of ceramics in everyday life in ancient Greece and Rome, she says that her use of the medium gives her a type of access to those ancient cultural traditions. Importantly, working with ceramics allows Hutchins to think about vases, cups, and other vessels as simultaneously both sculptures and objects of common use, productively blurring the line between life and art. Similarly, the family’s kitchen table is reimagined as a pedestal, still charged with sentiment and marked from daily use. A unique assembly of handmade and found objects, Convivium commemorates the central role of ritual in everyday life.

Hutchins had her first solo museum presentation at the ICA in 2011. Building on the collection’s strength in diverse forms of craft, Convivium joins works by Liz Larner and Ron Nagle as part of a developing interest in works made by key artists working with ceramics. 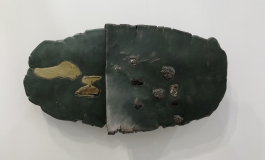 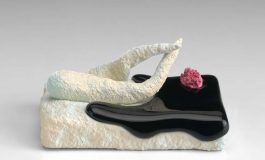 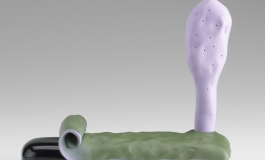