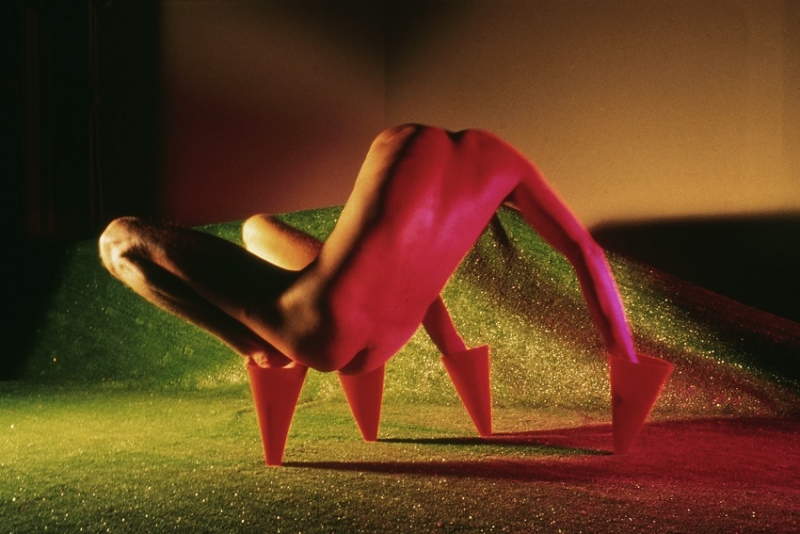 Photographer Jimmy DeSana was part of a countercultural punk community of artists and musicians living in New York’s East Village during the 1970s and ’80s. He made portraits of many important figures from that scene, including singers Debbie Harry and Billy Idol, as well as of his friends and lovers, who recur in his photographic work. He also played a definitive, though often under recognized role in the rise of photo-conceptualism in the 1980s—a genre that would question the very nature of photographic representation. DeSana specialized in staged tableaux where he photographed himself and others, usually naked and alone in color-saturated interiors. Striking unlikely poses with carefully chosen props, his body would oscillate androgynously and erotically between subject and object, person and fetish, enabling a visual association of the unconscious. Mediated through the lens of the camera, DeSana’s subjects, iconic and anonymous alike, become pliable forms that move within and among layers of culture and representation.

In Marker Cones, DeSana crouches laterally on all fours, his slender figure poised on inverted orange cones that cap his hands and feet. Photographed from behind, his body becomes a headless, unidentifiable creature comprised of triangles and parallelograms. The marker cones evoke a similar sexual indeterminacy, gendered feminine as makeshift stilettos and masculine as the detritus of roadside construction. Dramatic lighting cast his skin in a feverish and sexy glow. A glittering field of tinsel-like artificial grass adds to this surreal photographic composition.

This work is an important addition to the ICA/Boston’s strong collection of photography and art of the 1980s. Joining holdings of work by Philip-Lorca diCorcia, Rineke Dijkstra, Willie Doherty, and Roe Ethridge, Marker Cones adds to the debates surrounding photography and the idea of truth.

Gift of Arlette and Gus Kayafas 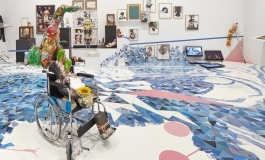 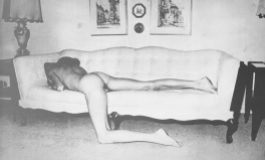