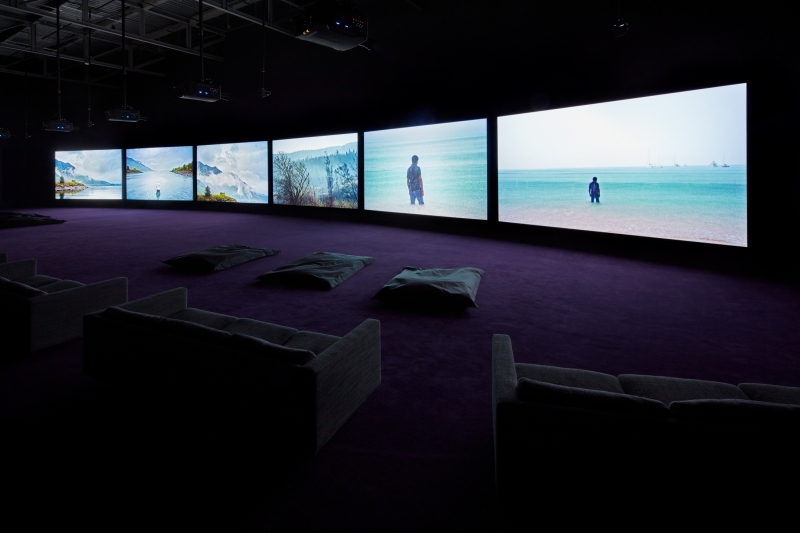 The British-Ghanaian artist and filmmaker John Akomfrah creates moving image works that dramatize challenging political subjects and elevate their visual explorations to a monumental, cinematic scale. As a cofounder (with David Lawson and Lina Gopaul) of the Black Audio Film Collective and the production company Smoking Dogs Films, Akomfrah is renowned for dynamic, symphonic films, which comment on the relationship between empire, colonialism, and capitalism in our present times.

Following his acclaimed documentaries of Stuart Hall, civil rights movements in the United Kingdom and the United States, and the history of jazz and blues, Akomfrah’s most recent multi-channel video installations have turned to the problem of the Anthropocene (the current phase of environmental and ecological time in which human industry has irrevocably altered the natural world). Purple, the second of a trilogy of works (bookended by Vertigo Sea [2015] and Four Nocturnes [2019]), charts the effect of climate change on human communities, biodiversity, and the wilderness. Told across six interwoven movements, Akomfrah produced the film by combining archival media with new footage of endangered or threatened ecosystems, from the hinterlands of Alaska and the desolate environments of Greenland, to the Tahitian peninsula and the Marquesas Islands in the South Pacific. Presented as a series of lush, slow-moving, long takes stitched with found film clips and images from the 1940s to the present day, Purple forms a visually dense and cinematically immersive collage of images and sounds that reflects on the delicate relationship between humans and the planet. 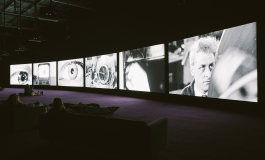