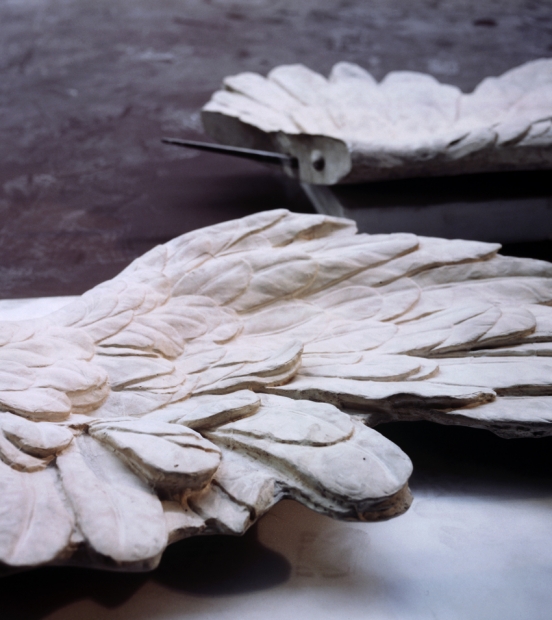 Louise Lawler explores the changing context in which works of art are viewed and circulated. Since the late 1970s she has worked primarily in photography and has become best known for shooting art objects in collectors’ homes, museums, auction houses, commercial galleries, and corporate offices, whether installed above copier machines or piled on loading docks and in storage closets. In these sites, she frames the strategies of display—from the works’ labels to their location—to bring attention to the ways spaces shape the meaning and reception of art after it leaves the studio. Her work is often associated with institutional critique for its exposure of art world machinations, and with the so-called Pictures Generation, a group of artists that includes Sherrie Levine, Robert Longo, Cindy Sherman, and others, known for their strategies of appropriation. Witty and trenchant, Lawler’s photographs are more than mirrors in which the art world sees itself; they reposition the viewer to engage critically and affectively with art’s presentation and dissemination.

Grieving Mothers (Attachment) is part of a series in which Lawler documents casts of antiquities held by various international institutions. It depicts plaster casts of the wings of the Nike of Samothrace, c. 190 BCE, perhaps one of the most recognizable objects of Hellenic sculpture, in the collection of the Musée du Louvre in Paris. To further complicate the idea of originality and reproduction, the original marble has missing portions filled in with plaster. Lawler shows the wings detached from the figure’s torso, the mechanism of attachment visible. Due to the close cropping and angled framing, the viewer can perceive the wings as sculptural objects divorced from their grand and dynamic referent. In such pieces, Lawler complicates our perception of authenticity and its relationship to form.

Lawler’s Grieving Mothers (Attachment) builds on the ICA/Boston’s holdings of work by contemporary photographers, especially those who came of age artistically in the 1980s, such as Nan Goldin, Richard Prince, and Cindy Sherman. Moreover, it adds to the group of works by younger photographers who explore the ways three-dimensional forms can be captured through photography, such as Roe Ethridge, Erin Shirreff, and Sara VanDerBeek, many of whom consider Lawler a key figure in the development of their practices. 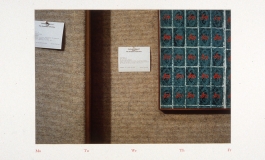