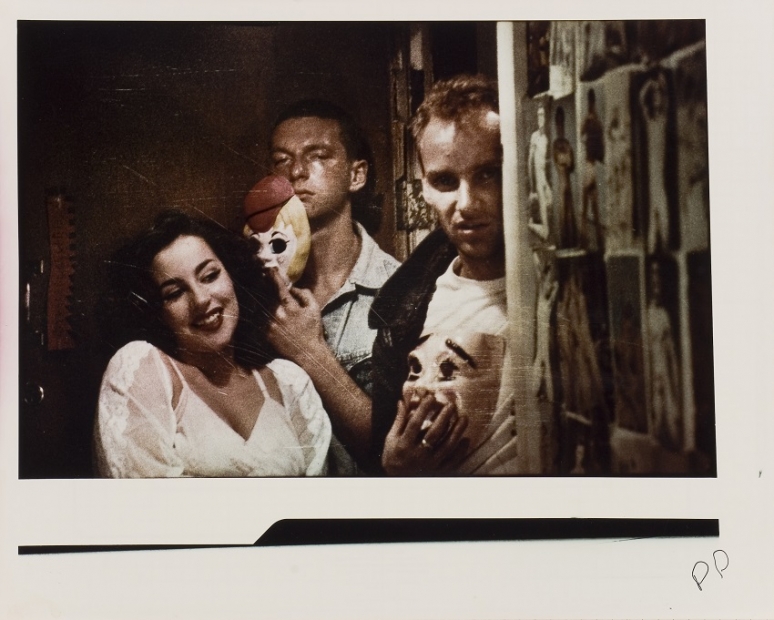 During his brief ten-year career, photographer, filmmaker, and performance artist Mark Morrisroe produced an innovative and varied body of work. A participant in the punk scene in Boston in the 1970s and in the queer music and art scene in New York City in the 1980s, Morrisroe placed the performance of identity and sexuality at the center of his practice. His photographs and 8mm films, featuring the artist, his friends and lovers, and his everyday surroundings, serve as diaries of experimentation, marked by melodrama and romance, degradation, and politics. Working extensively with Polaroid, Morrisroe experimented with the photographic process, manipulating negatives, layering and hand-painting prints, and testing the limits of the photographic image’s reproducibility. Having grown up in Boston, he attended the School of the Museum of Fine Arts from 1977 to 1981 with an influential cohort that included David Armstrong, Philip-Lorca diCorcia, Nan Goldin, and Jack Pierson. He exhibited at Pat Hearn Gallery from 1985 until his death due to AIDS-related illnesses in 1989.

“Nymph-O-Maniac” Promo Still Spectacular Studios shows cast members of Morrisroe’s 44-minute, low-budget film Nymph-O-Maniac, which he shot with Super 8 film in the style of his idol John Waters. The photograph self-consciously captures the act of performance. The buxom female lead, Pia Howard, is posed in the hallway of her apartment where the film is largely set, conjuring celebrity shots of Marilyn Monroe. Two men beside her hold masks in their hands, and a collage of naked men—an expression of Pia’s sexualized persona—covers the right-hand third of the photograph. This “promo still”—a category that itself participates in performance—exudes a polymorphous abundance of masquerade and sex. To create the work, Morrisroe used a “sandwich” technique of his own invention, first making a color photograph, then rephotographing the picture in black and white, and finally superimposing the negatives to print the final photograph. This process results in deep shadows and a gauzy screen of scuffs, dust, and fingerprints, visually registering the bodily experimentation taking place among the subjects.

This acquisition introduces the work of an important Boston artist into the ICA/Boston collection, which includes photographs by Morrisroe’s peers Philip-Lorca diCorcia, Nan Goldin, and Shellburne Thurber. It joins 1980s works by such artists as Jimmy De Sana, Ray Navarro, and Nicholas Nixon that also reflect the inventiveness and poignancy of art in the time of AIDS.