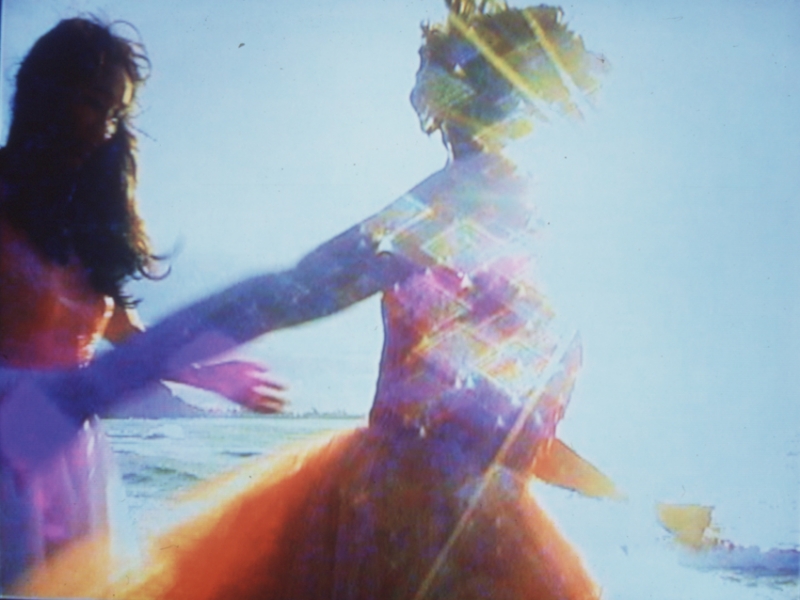 Remake of the Weekend (Stills)

In her moving-image work, Pipilotti Rist creates visually charged environments characterized by lush color and distorted, fragmented imagery. Building narrative through layers of video and sound, Rist blurs the boundaries between visual art and popular culture. Everyday images become strange and unfamiliar. According to Rist, “Art’s task is to contribute to evolution, to encourage the mind, to guarantee a detached view of social changes, to conjure up positive energies, to create sensuousness, to reconcile reason and instinct, to research possibilities and destroy clichés and prejudices.”

Remake of the Weekend (Stills) is essentially an excerpt from a 1998 video installation of the same name. The work references a 1967 film by French filmmaker Jean-Luc Godard, Weekend, which examines the collapse of French bourgeois society through the story of a weekend trip that turns into a nightmare of revolution, cannibalism, and murder. The stills capture Rist’s expansive and seductive use of color and perspective. While one image is an abstracted surface of unrecognizable bright red, pink, and purple forms, another shows a naked male running down the street in the rain.

Rist’s work exemplifies the ways in which video as a medium has been manipulated to the point of abstraction. The addition of Remake of the Weekend (Stills) to the ICA/Boston collection has expanded the museum’s strong holdings in photography. Alongside work in the collection by Paul Chan, Nan Goldin, Catherine Opie, and Cindy Sherman, Rist’s images help illustrate the vitality of contemporary photography and video today.