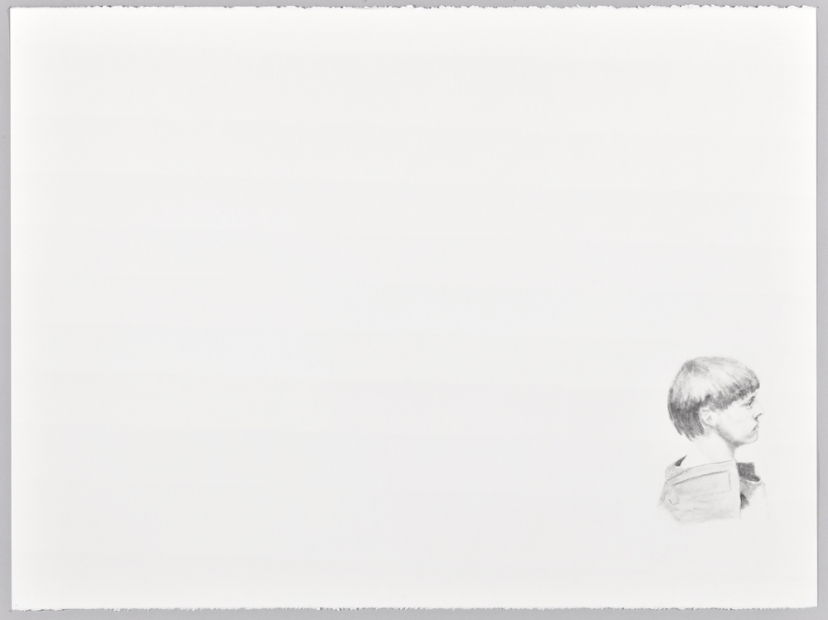 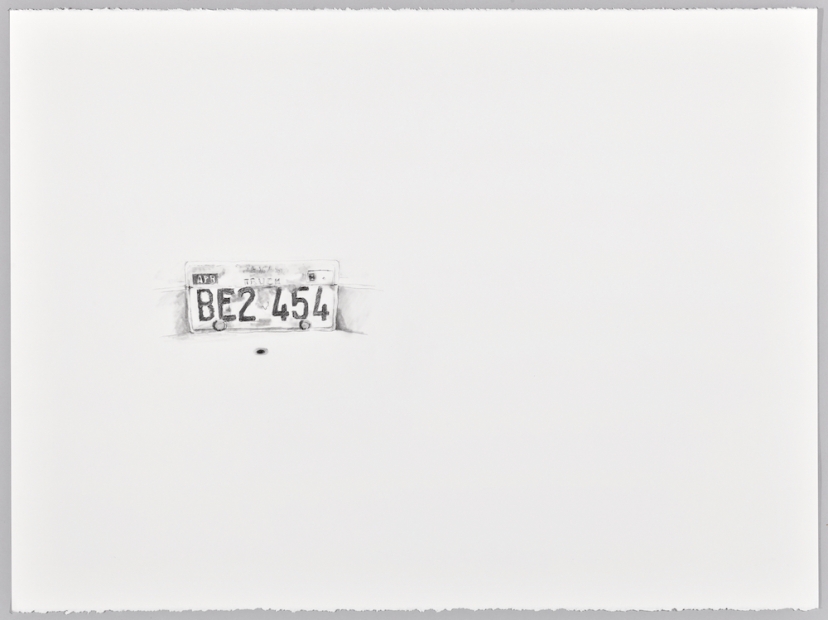 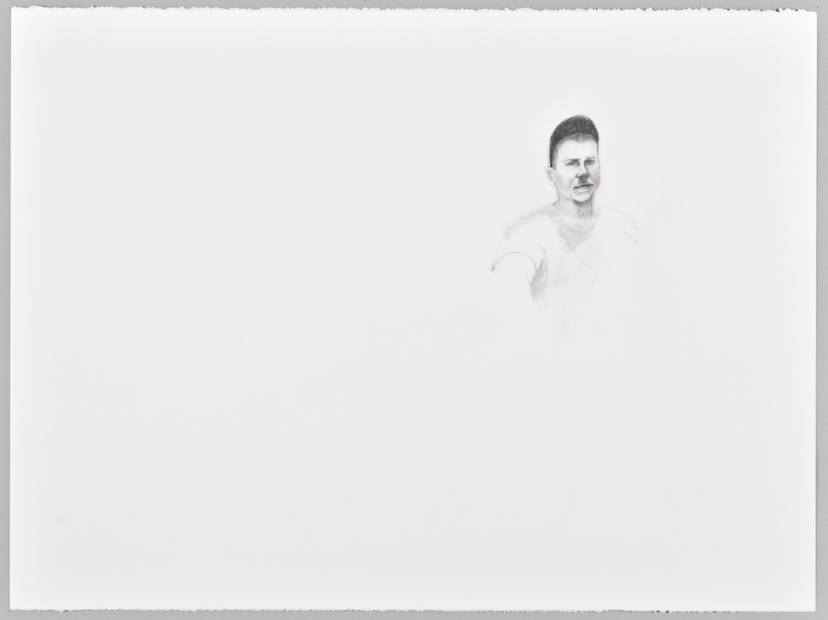 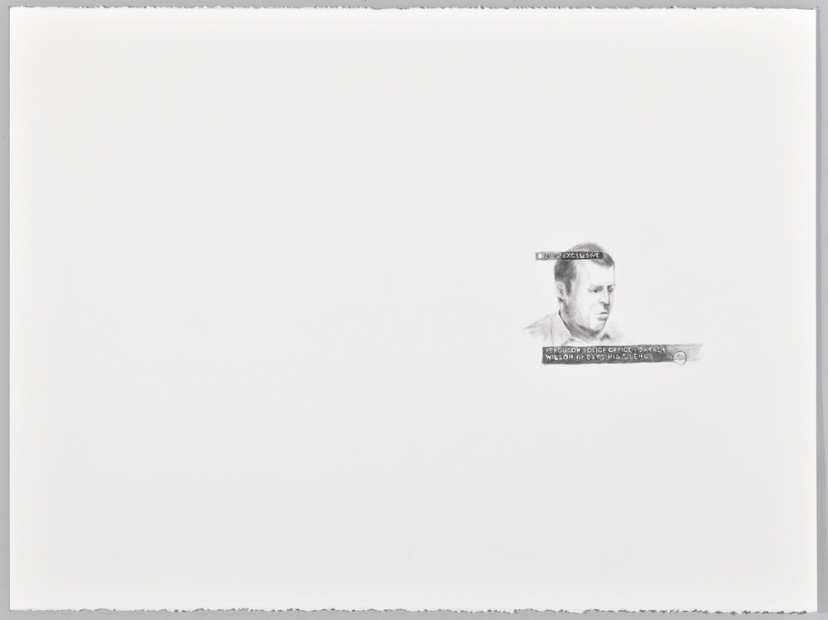 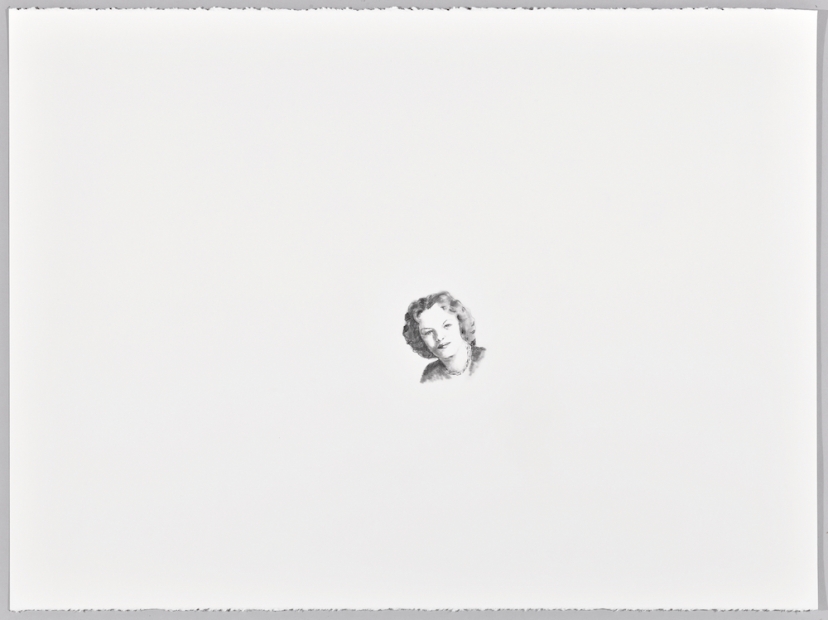 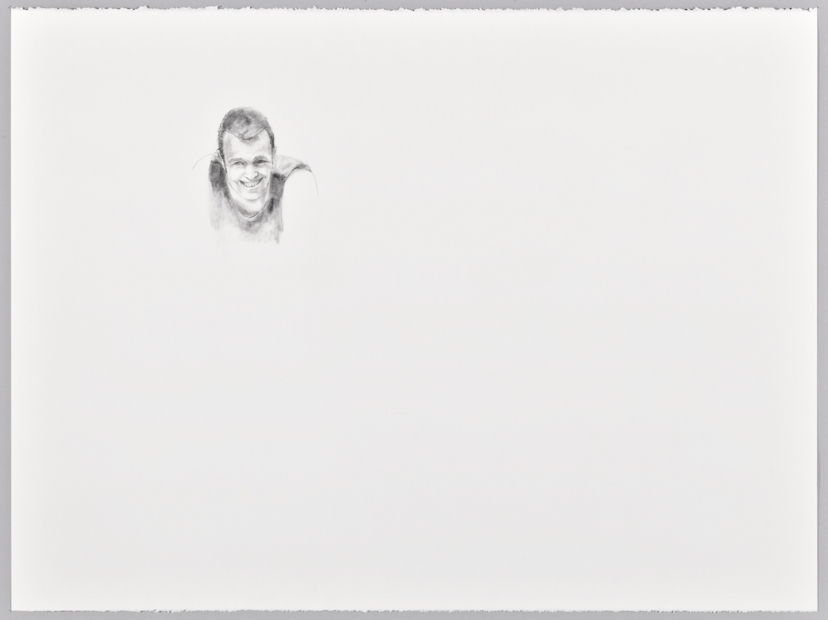 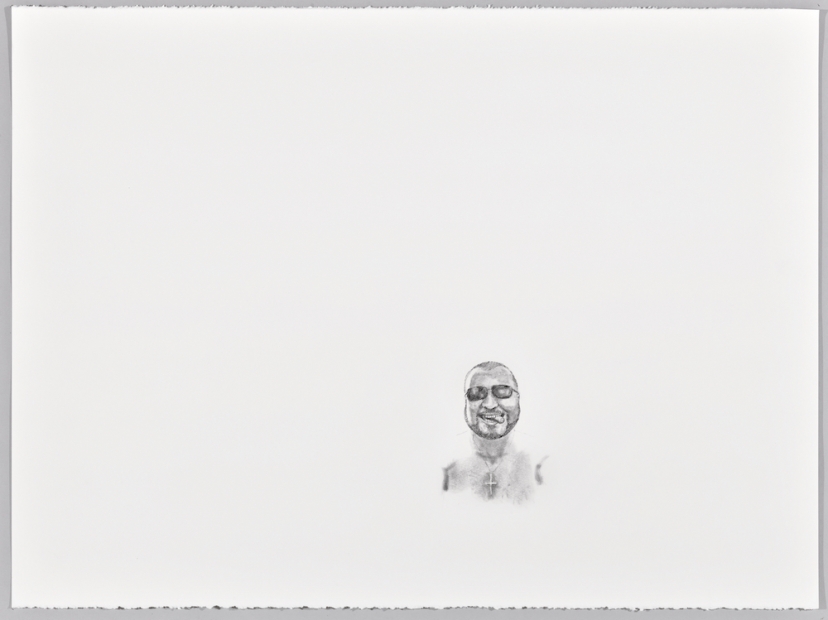 From the series #Killers

Acquired through the generosity of Steve Corkin and Dan Maddalena, Marlene and David Persky, and General Acquisition Fund

Steve Locke’s practice spans painting, drawing, photography, and installation and explores ambivalent relationships between masculinity, homosexuality, and public memory. His work also acknowledges contemporary anxieties around terrorism, war, and torture, and has recently employed portraiture to explore the racial violence against people of color, particularly at the hands of the police. Locke intervenes in the history of representations of racial violence by portraying the mostly white individuals or institutions who with very few exceptions are its perpetrators. #Killers, Locke’s recent series of studied graphite drawings on white paper, feature large areas of negative space, using absence and scale as a major structuring device in the representation of portraits of men and women who played a role in the slaying of African Americans. The precise renderings of their faces are recognizable, whether depicting police officer Darren Wilson, who shot and killed Michael Brown in 2014, or Carolyn Bryant, whose grotesquely false statements led to the lynching of Emmett Till in 1955. Their faces, made from images sourced from a variety of online sources, float in a stark field of white paper, compositionally referencing the layout of a newspaper and symbolically “adrift in the lie of whiteness,” according to the artist. In their sparse and highly mediated quality, #Killers inverts methods of portraiture to visualize the source, rather than the effects, of systemic racial violence.