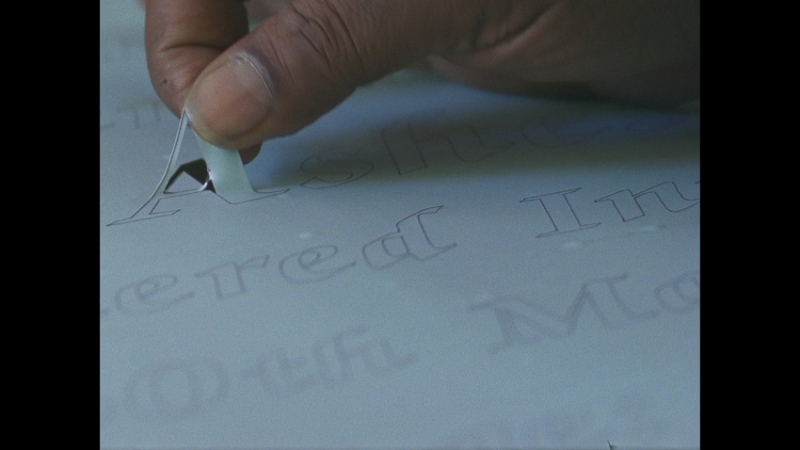 Over the past twenty years, Steve McQueen’s moving-image works have developed from his iconic silent videos to powerful sound-driven works. In his films, he establishes exquisite, visceral relationships between moving bodies and the architectural spaces that surround or confine them—relationships that are complicated by the presence of viewers in gallery spaces. Questions of politics, race, and societal traumas and conventions haunt his taut structural scenarios.

A standout in the 2015 Venice Biennale, Ashes presents footage of a handsome, young, carefree fisherman named Ashes balancing playfully on a pitching boat on one side of a screen. A second video, projected on the other side, provides the film’s soundtrack and chronicles Ashes’s unexpected fate. Some of the footage was made for McQueen’s previous project, Carib’s Leap, 2002. McQueen, who is of Grenadian descent, based Carib’s Leap on a tragic episode in Grenada’s history, when hundreds of native Caribs leaped off a cliff rather than submit to the invading French. While making that work in Grenada, McQueen met the charismatic Ashes and felt compelled to film him. Projected on both sides of the screen, the footage of Ashes is shot in grainy, lush 8mm film. Meanwhile, the footage chronicling Ashes’s fate is shot in 16mm film, which registers the scenes with factual precision. The videos conjure an easy vitality alongside the darker forces of society and destiny. McQueen has remarked, “Life and death have always lived side by side, in every aspect of life. We live with ghosts in our everyday.”

Ashes joins other works in the ICA/Boston collection that deal with the complex matrix of globalism, economy, and deeply entrenched societal problems with formal innovation, including recently acquired works by Mika Rottenberg and Kara Walker, and a group of important sculptures by Doris Salcedo. The work debuts in the US at the ICA in February 2017.

Gift of Tristin and Martin Mannion