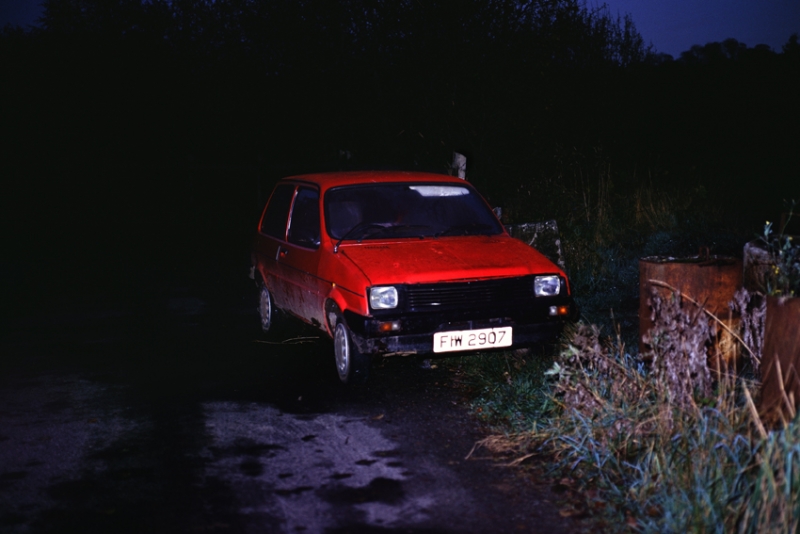 Willie Doherty has been a pioneer in contemporary photography since the 1980s. Born in Northern Ireland, the traumatic history of the region has been a major focus of his work. Doherty’s photographs explore post-conflict settings that suggest a troubled past, addressing issues of collective trauma, memory, and subjectivity. The scenes of isolated or abandoned places are often from his hometown of Derry, a city that was deeply divided by religious and political partisanship in the 1960s and ’70s.

Suspicious Vehicle depicts a red car that has been abandoned on the side of a darkened road. It is unclear if the vehicle was intentionally abandoned by its driver, whether the driver was taken from the car against their will, or if the car itself is a weapon. Regardless, through the combination of the title, darkness of night, and lack of human presence, the image conveys an unsettling scene that suggests some sort of unfortunate incident has (or will) occur.

The addition of Suspicious Vehicle to the ICA/Boston’s collection expands the museum’s strong holdings in photography, joining another photograph by Doherty (Factory III, 1994) as well as photographs by Cindy Sherman and Nan Goldin that suggest a pregnant narrative moment.

Gift of Debra and Dennis Scholl 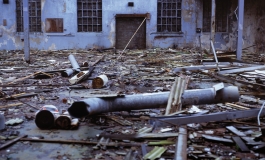