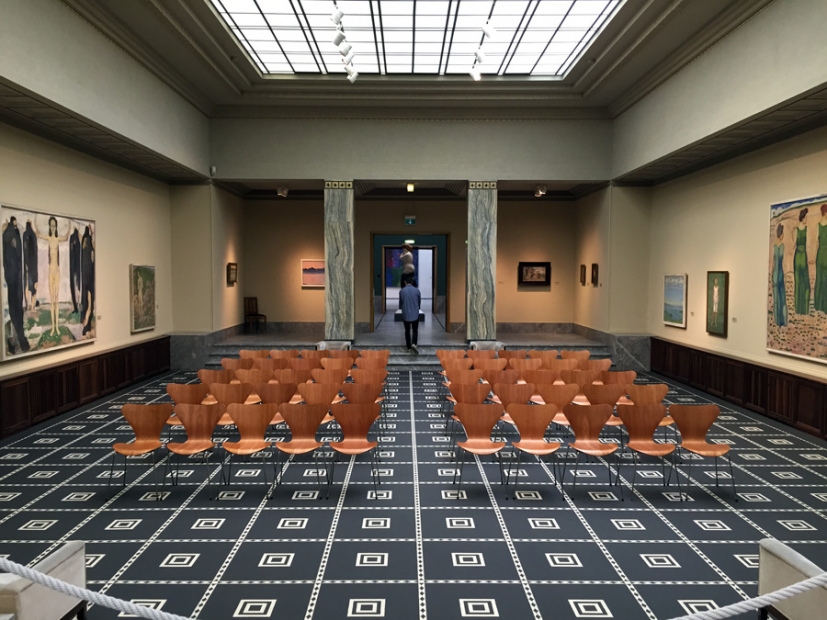 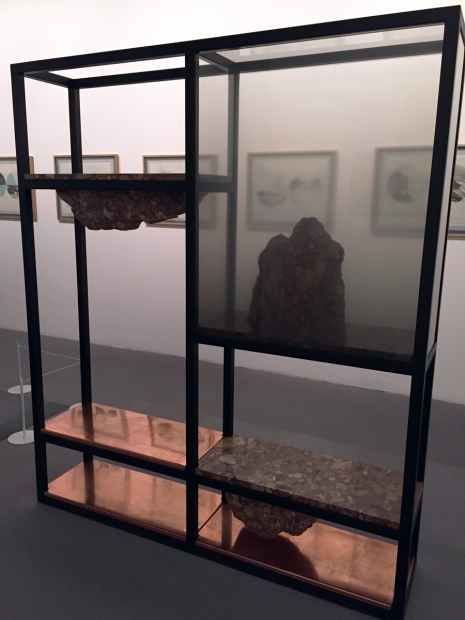 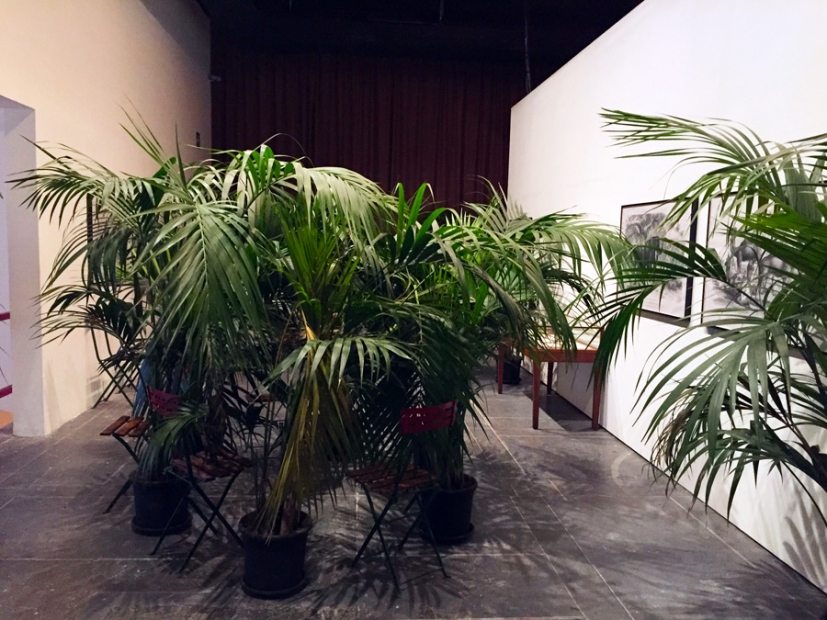 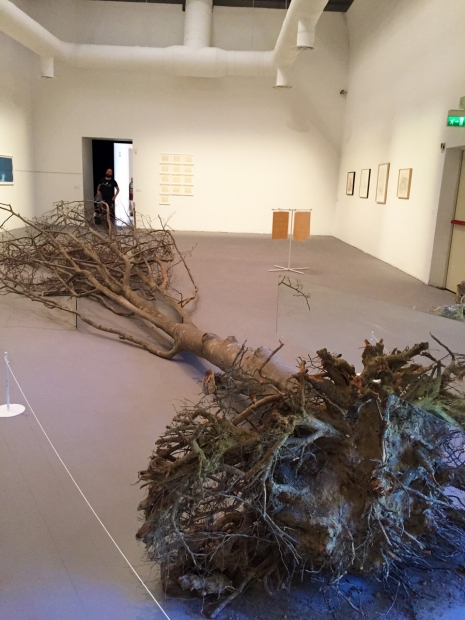 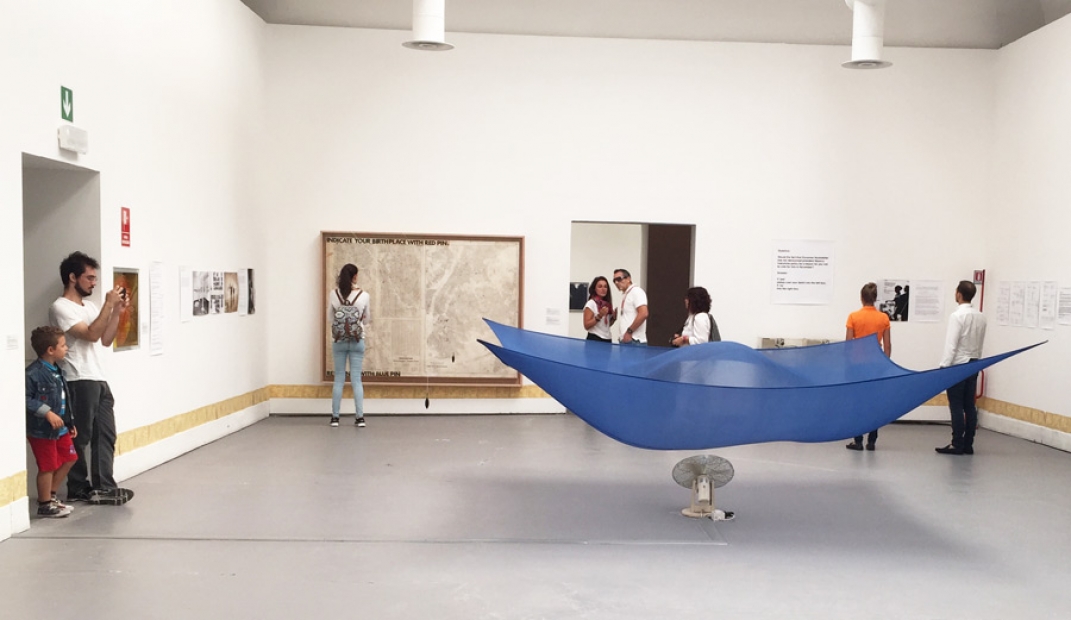 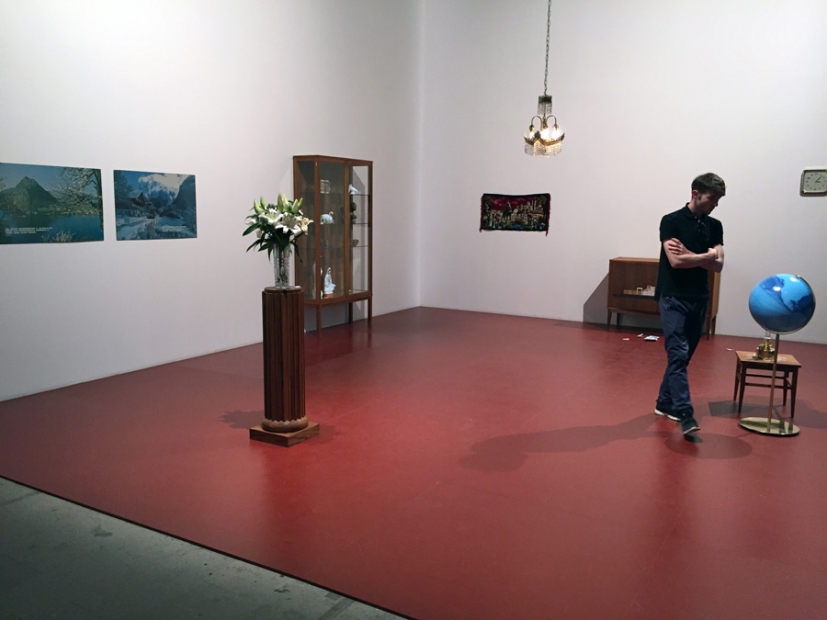 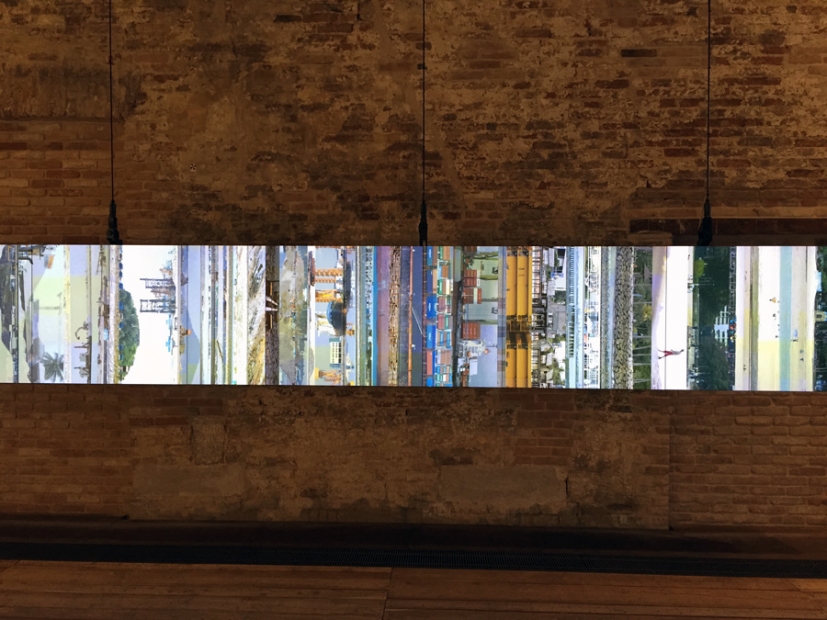 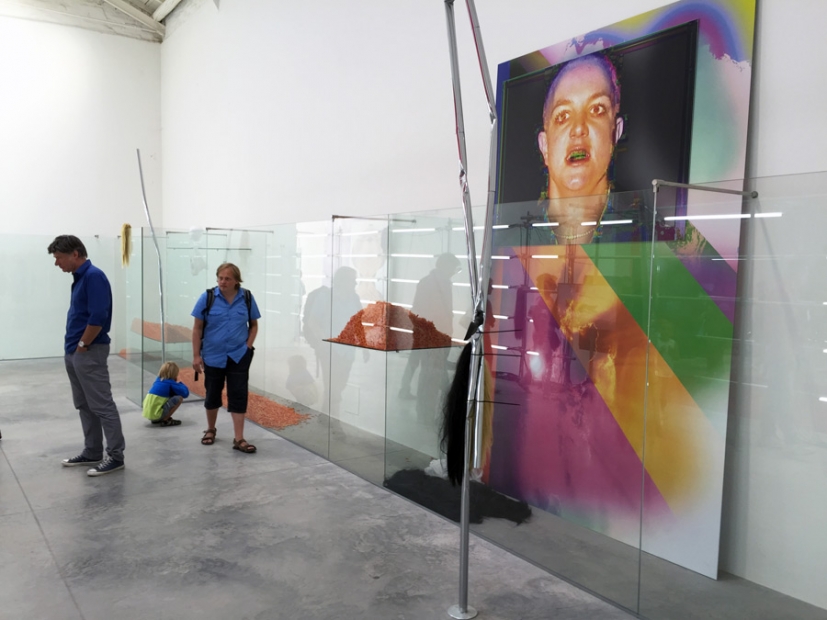 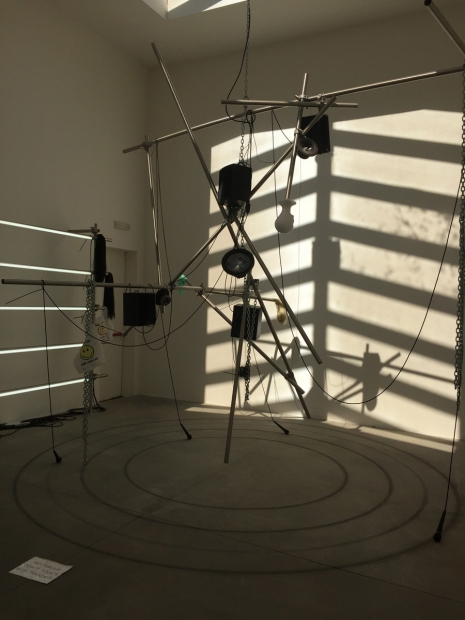 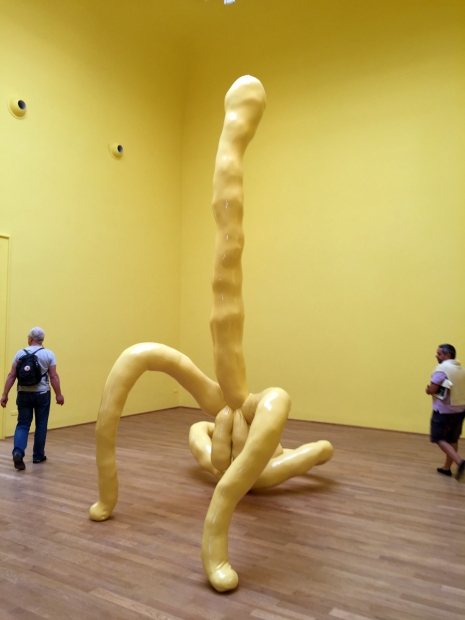 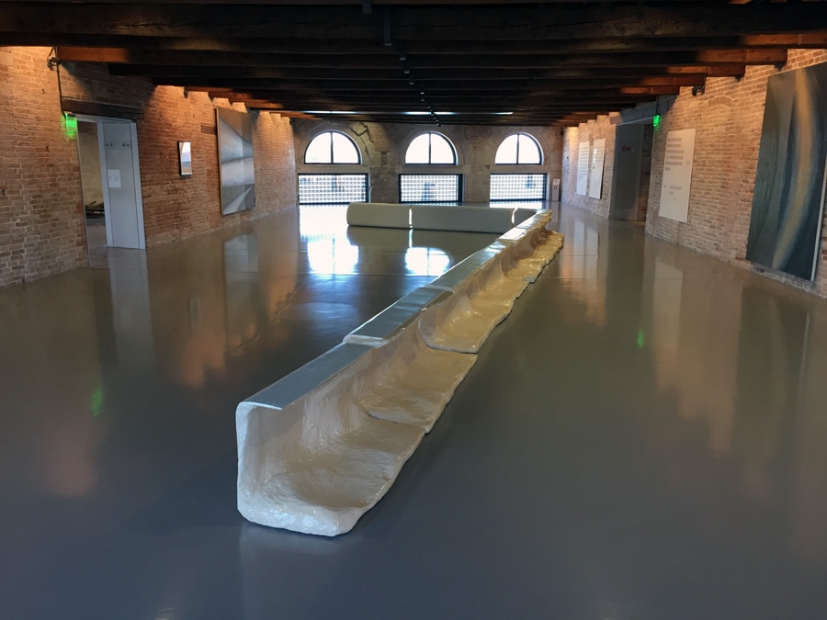 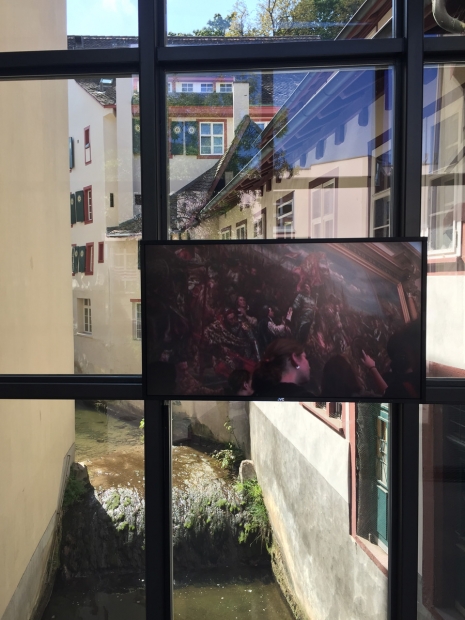 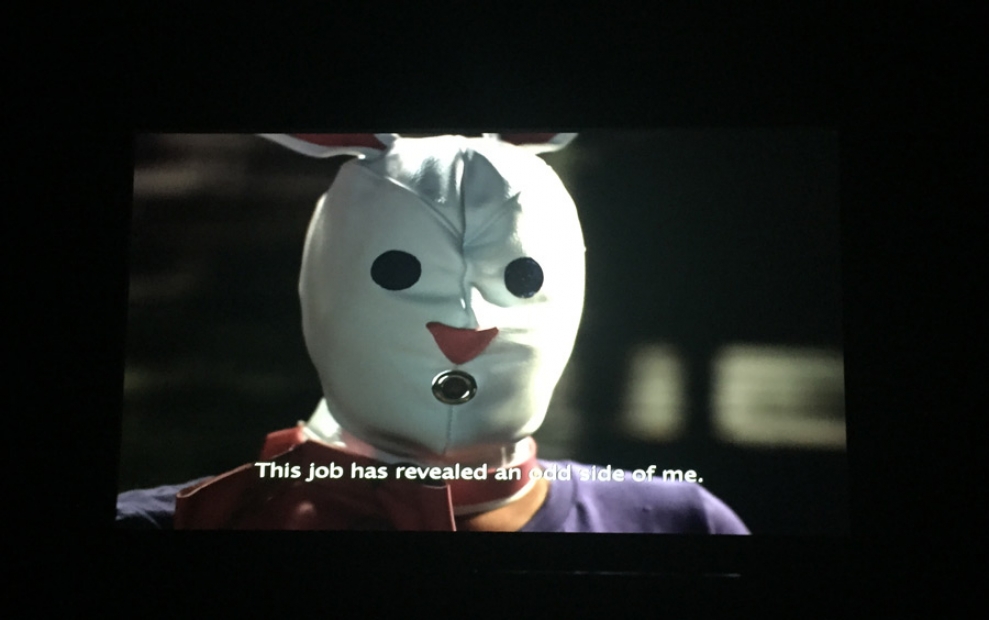 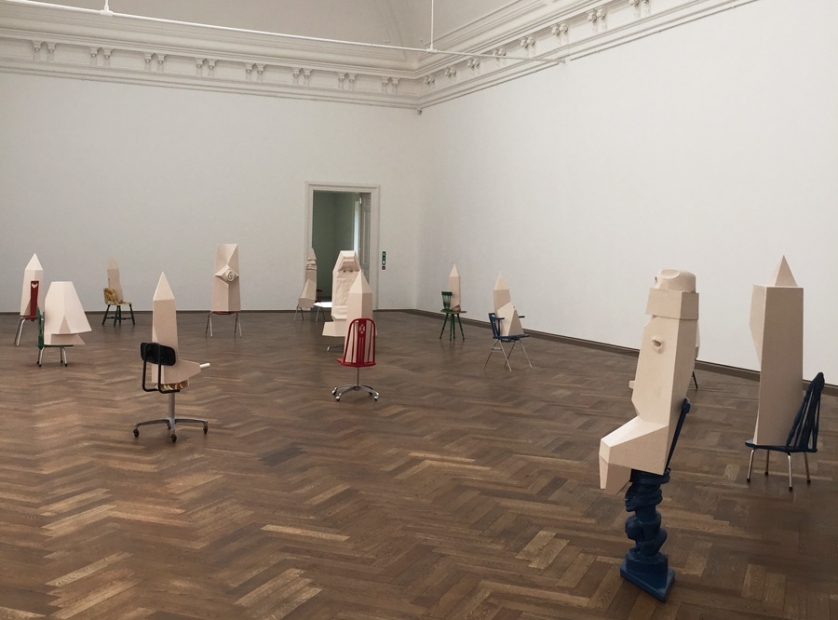 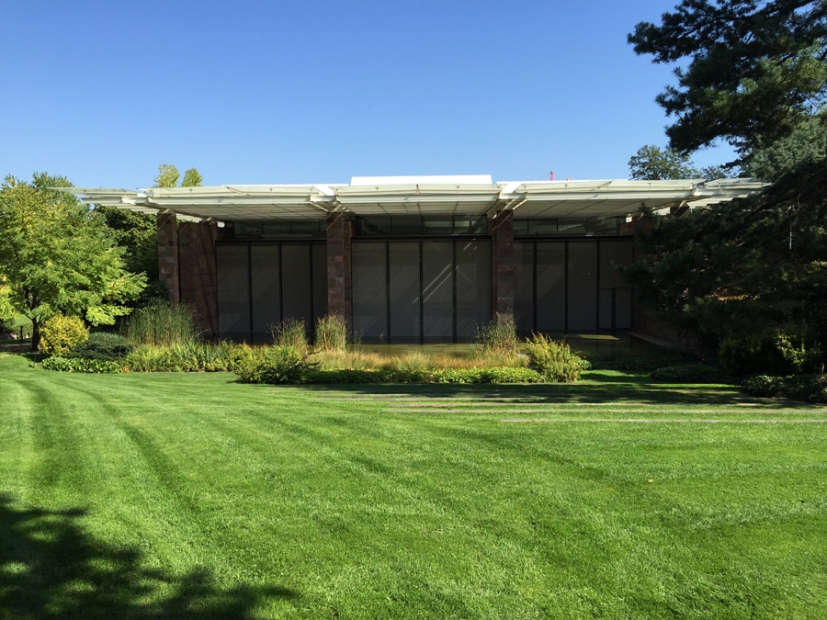 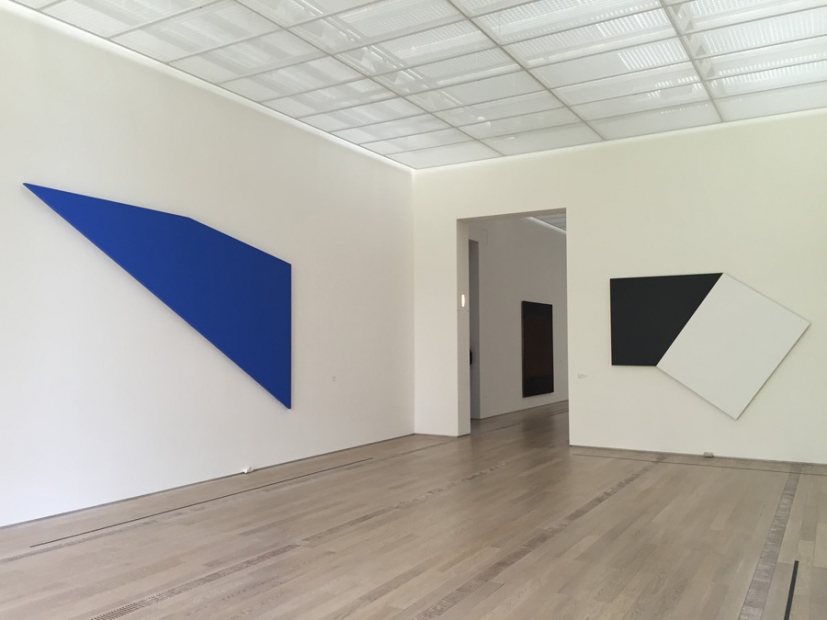 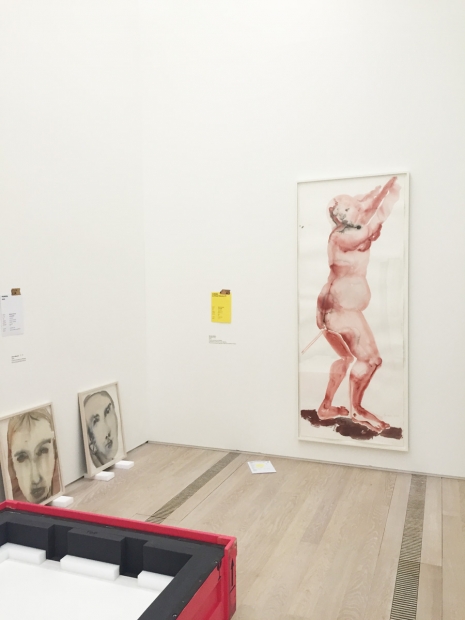 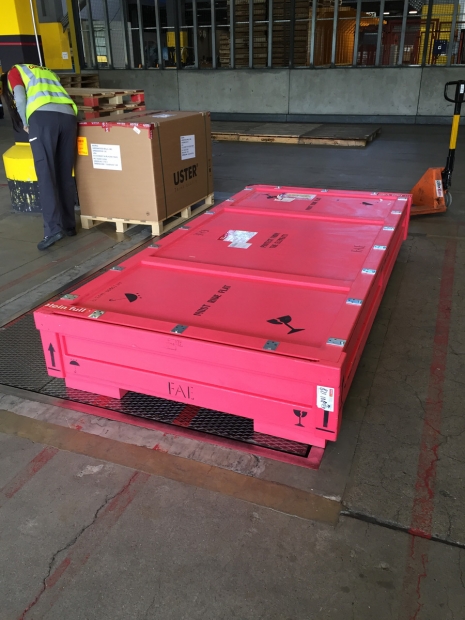 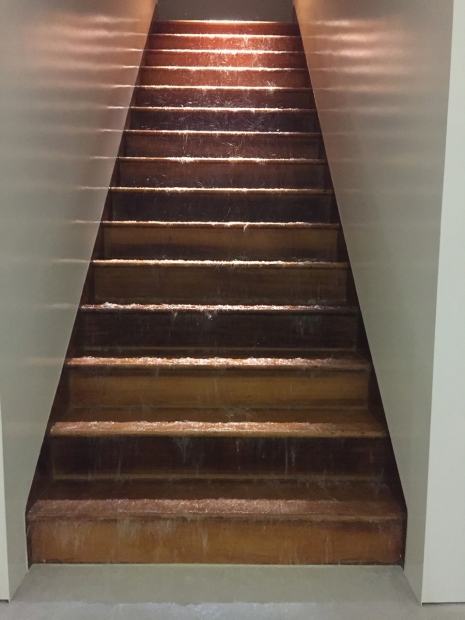 “Upon arrival in a city, one should proceed directly to the national art museum.”

In September I had the opportunity to travel to Switzerland as the courier accompanying Marlene Dumas’s German Witch, 2000, back to Boston after its six-month jaunt in Europe. I would be in Basel for a couple of days to pack and crate the work, but I decided to use the occasion to spend some time in Zürich, as well as to travel to the 56th Venice Biennale.

I have always advocated that upon arrival in a city, one should proceed directly to the national art museum. As someone who spends much of my time in museums, I feel these spaces represent an environment both national and extranational; behavioral codes are universal, the vocabulary is set and independent of language. No matter the country, for me, museums are a safe space where history and the present reveal themselves, speaking eloquently and plainly. Needless to say, after my redeye flight into Zürich, the Kunsthaus was my first stop.

The museum’s collection—surprising, impeccably displayed, thorough, and brought to vivid life through wonderfully inventive didactics—was beyond reproach, but the architecture and décor were, without a doubt, the takeaways for me. Carpets laden with gridded patterns, inlaid wood accents of many variations, textured balustrades, marble colonnades, and plush velvet armchairs on which to sit all provided pleasing accompaniments to the stunning collection of masterworks on display.

In sharp contrast to the regal and decidedly old-world aesthetics of the museum, a small exhibition of works by queer icon John Waters in the basement of the museum was a pleasant surprise. To come across such an inherently American and ironic body of work put in dialogue with, and immediately adjacent to, a gallery of elegant and iconic walking Giacomettis, brought a wry smile to my face.

Many others have penned excellent and accurate reviews of the 2015 Biennale (see Benjamin Buchloh, Jessica Morgan, and Claire Bishop’s takes on the exhibition in this month’s Artforum, for example), and I wholeheartedly echo the general consensus. Challenging, terse at times, unforgiving, and unrelenting in message, while simultaneously prescient, unexpected, and aesthetically agnostic, Okwui Enwezor’s presentations at the Arsenale and Giardini make an unequivocal statement that put the complex network of labor, capitol, translation (both of the visual and language-based varieties), marginalization, and immigration into sharp focus. A few standouts for me at the Arsenale included Eduardo Basualdo’s poetic manipulations of modest objects; Thea Djordjadze’s arrangement of sculptural and furniture-based elements, which briefly gave me a glimpse of what it would be like to live inside a Braun calculator; and Ayoung Kim’s strange didactic theatre relaying a fictive history of the 1970s oil crisis and its legacy. Perhaps the work which most eloquently captured the narrative arc of Enwezor’s Biennale was Meriç Algün Ringborg’s installation Souvenirs for the Landlocked, 2015. Within an ostensibly domestic environment, the artist arranged a series of kitschy tourist souvenirs that, in their representation of the landscapes or objects which typify a certain location, belie the actual origins of their manufacturing.

At Enwezor’s exhibit within the Giardini, which was perhaps more aesthetically considered, if not any less politically pressing, Elena Damiani’s copper and granite sculptures were a fitting contrast to a large-scale Robert Smithson sculpture in the following room. A trio of works seemed to capture the conceptual framework which undergirded the structure of the entire installation: a reinstallation of Marcel Broodthaers’s The Winter Garden II, 1974 provided the most rewarding and wittily ironic commentary on the imperfect and problematic nature of the museum exhibition; Glenn Ligon’s room-size polyptych Come Out, 2014, was striking, succinct, and ominous, poetically capturing the prevailing mood, and finally, a installation of Hans Haacke’s seminal works distilled the Biennale down to its essence, serving as a lodestar to the aspirational power that museums, and in fact art at large, hope to exert within democratic societies.

At the national pavilions the work was pleasantly varied and expectedly uneven. Much has been said of Hito Steyerl’s work Factory of the Sun, 2015 at the German pavilion, and the installation is truly deserving of praise—it brings together wit, politics, and poetry while nipping at the heels of what appears as a yet-to-be-crystallized aesthetic of the 21st century. Pepo Salazar’s multi-room installation at the Spanish pavilion captured the tragedy of fame, notably personified by the downward trajectory of “Cheeto-queen“ Britney Spears. Sarah Lucas’s unapologetically yellow and comical presentation of sculptures both turgid and flaccid at the British pavilion was a welcome departure from the all-too-serious tone of much of the Biennale (the accompanying pamphlet containing Lucas’s incredibly funny and witty statements is not to be missed).

In addition to the Arsenale and Giardini, the only other exhibition that I would recommend visiting was Danh Vō’s arrangement of works at the Pinault Collection, housed at Punta della Dogana. An exhibition clearly aimed at art-world insiders and fellow artists, Slip of the Tongue convened a cadre of notable artists whose work, when presented in the context of Tadao Ando’s renovated Venetian warehouse and in dialogue with one another, truly showcased the possibilities for artist-curated exhibitions. The accompanying booklet, with its mix of both historical and personal information, provided thoughtful (and necessary!) interpretation for Vō’s inspiring presentation.

Back in Basel, the Kunsthaus was closed for renovations. However, at the Kunsthalle Basel, Maryam Jafri’s video detailing the nebulous trajectory of fetish wear and Andra Ursuta’s poignant room of perverse and morbid miniature Washington Monuments were excellent presentations—politically biting, aesthetically provocative exhibitions that proved that the Swiss have a healthy appetite for American satire.

At the Museum fur Gegenwartskunst, an installation of a monitor showcasing Andrea Fraser’s A Visit to the Sistine Chapel, 2005, reminded me that windows are not only to be looked through; perhaps something akin to this would suit the ICA’s Founders Gallery?

With my duties at the Fondation Beyeler complete I was able to spend some time admiring their impressive collection. A room of Ellsworth Kelleys, basking in natural light from the floor-to-ceiling windows opposite them were a delight, as were Philippe Parreno’s vibrating Water Lilies, 2012.

The last stop on my tour of museums was the Schaulager, housed in a building designed by hometown favorites Herzog and de Meuron. Although photography is verboten, I was able to capture a few surreptitious shots of a remarkable installation by Robert Gober. Other impressive yet sadly unphotographable installations (come on museums/collectors, it’s 2015!) included a full run of Matthew Barney’s Cremaster Cycle series, Katharina Fritsch’s monumental, jet-black Rat King, 1993, and the stellar “view-in-the-dark” installation Mother and Son. My Mother’s Album, 1993, by Ilya Kabakov.

With our German Witch safe and secured in her pink travel outfit, we were back on the plane to Boston!