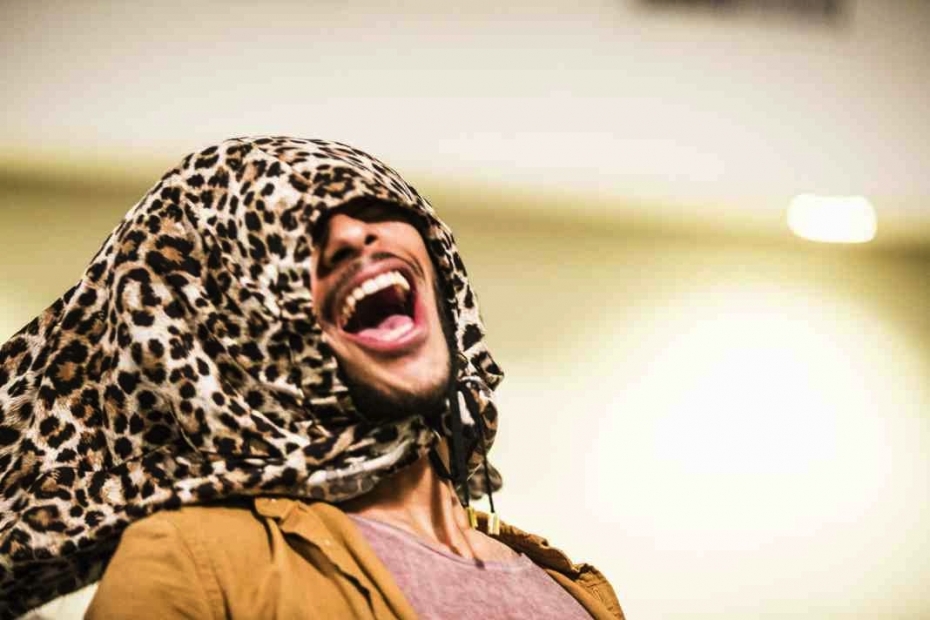 David Henry, the ICA’s Bill T. Jones Director of Performing Arts, shares his picks for the best dance in Boston and beyond this fall.

There’s tons to look forward to this season, including performances by two of the most adventurous and creative female choreographers working today — who both happened to develop these works in residencies as part of our Summer Stages Dance at the ICA/Boston program.

First up is Maria Hassabi’s STAGED at the Kitchen in New York October 4–8. Maria and her company of four dancers were at the ICA for two weeks this past July focusing on the choreography, staging, and lighting for this work. I like to refer to Maria’s work as the slowest dance ever, as the dancers move, almost imperceptibly at times, from one form to another. But upon close looking, which her work demands, you realize that they are in constant movement—their breath, the spasms of muscles, their gaze. And with that close, careful looking, you fall into their trance. It is intimate. It is hypnotic. It is beautiful. And it will be coming to the ICA in March!

…their breath, the spasms of muscles, their gaze. And with that close, careful looking, you fall into their trance. It is intimate. It is hypnotic. It is beautiful.

Next is Faye Driscoll’s Thank You for Coming: Play at the Brooklyn Academy of Music, November 16–19. Faye and company were the Summer Stages Dance at the ICA/Boston artists in residence in 2015. It was here that they began work on this, the second part of Driscoll’s Thank You for Coming trilogy. (The first, Attendance, was staged here a year ago.) In her work, performers and audience members come together to explore the spaces between what we say and what we mean.

Also on my list, the French Institute Alliance Française puts on a festival in New York called Crossing the Line that is consistently amazing. This year is no exception, with shows by Rachid Ouramdane, Jérôme Bel, Nature Theater of Oklahoma, Tim Etchells, and more. Sep 22–Nov 3

Because I have the great privilege of seeing some of the most creative contemporary choreographers from around the world, I always wish I had the capacity to present more. For this reason I am thrilled that New Movement Collaborative and Green Street Studios have come together with a new festival, “Lion’s Jaw.” Performances by 11 nationally recognized choreographers, including Miguel Gutierrez, The Body Cartography, Paul Matteson, K.J. Holmes, and Sara Shelton Mann, will present Boston a survey of what contemporary dance is now. Many of the artists will also be offering classes, workshops, and labs, giving the local dance community a chance to work closely with these innovative choreographers. Oct 7 + 8.

I hope I can get to BAM to see Reggie Wilson/Fist & Heel Performing Group’s newest dance, Citizen in December. Reggie was a Summer Stages Dance resident artist in 2014 and presented Moses(es) during our 2014–15 season. He was already talking about this work then (it was the same year we had Claudia Rankin here to read from her book Citizen.) This brand new work is inspired by African-American figures throughout history who were conflicted and chose not to leave their home country in spite of pervasive racism. Five dancers perform in a series of provocative solos that overlap and intersect, asking: What does it mean to belong, and to not want to belong?

In addition to Driscoll and Wilson, BAM’s Next Wave Festival is also celebrating Stephin Merritt’s 50th birthday, Bill T. Jones is premiering a new work at the Joyce, and Lars Jan has a new work at New York Live Arts. All in all there will be too, too much. See you on the Northeast Corridor tracks!