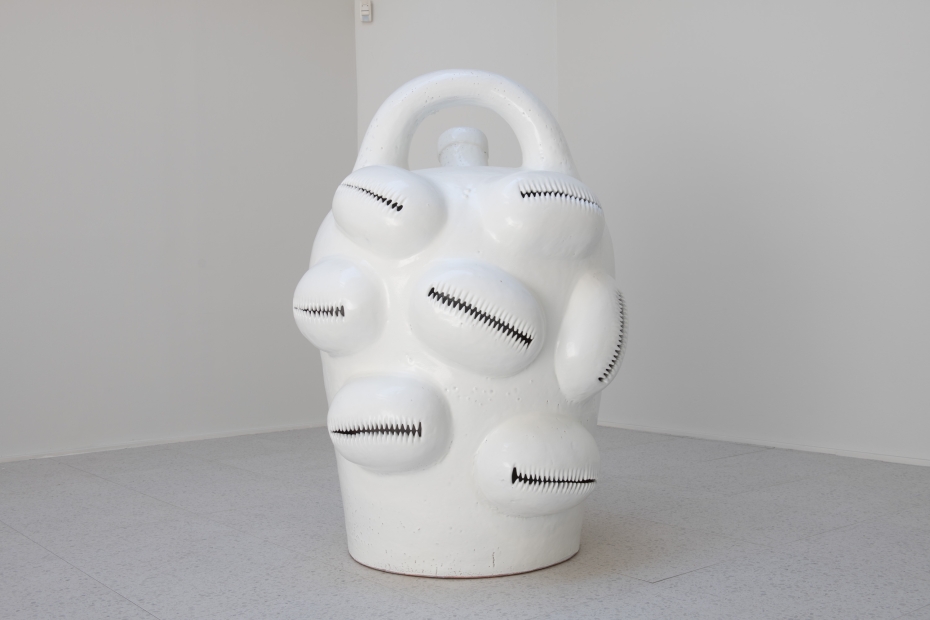 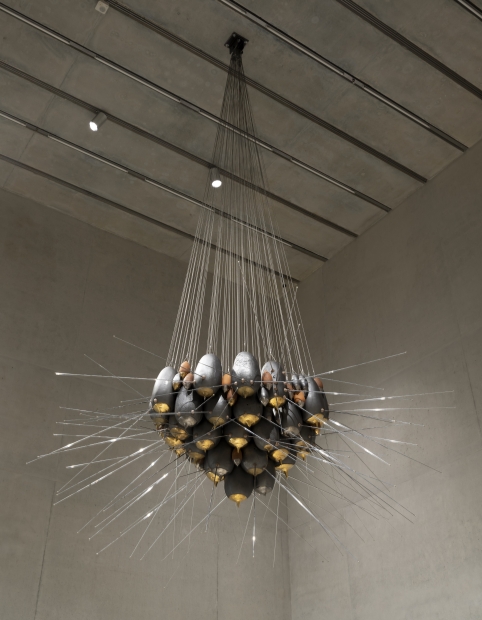 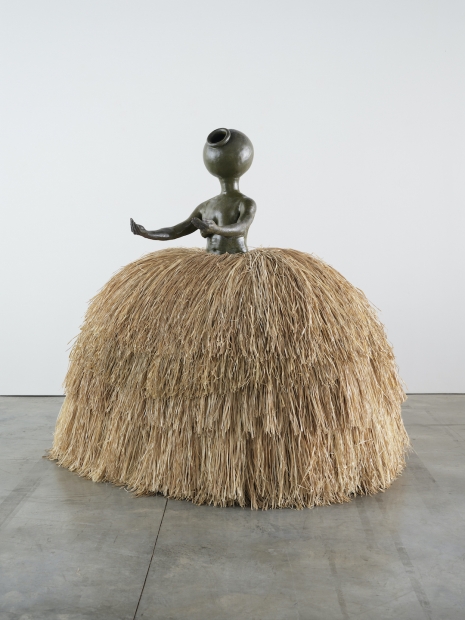 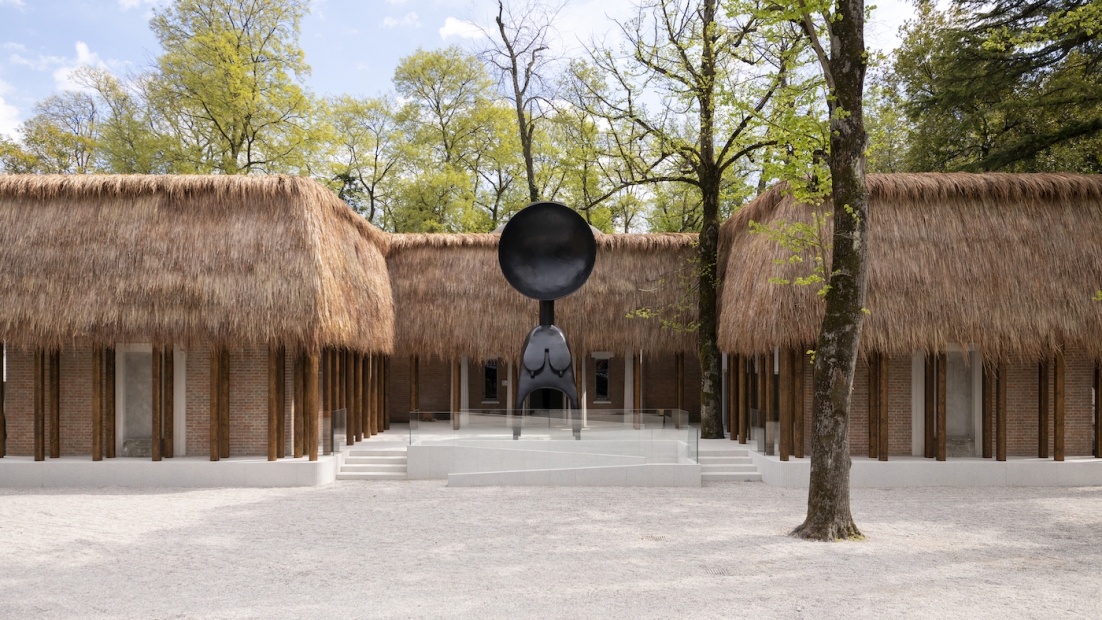 Exhibition is accompanied by the first monograph of Leigh’s work

(Boston, MA—November 8, 2022) The Institute of Contemporary Art/Boston (ICA) opens the first museum survey exhibition of Simone Leigh (b. 1967, Chicago), on view April 6–Sept. 4, 2023. Among the most respected artists of her generation, Leigh is representing the United States at the 59th International Art Exhibition of La Biennale di Venezia, in a project commissioned by the ICA. Works from the U.S. Pavilion will go on view in the United States for the first time as part of Leigh’s survey exhibition in Boston, which includes over 40 key examples of the artist’s ceramics, bronzes, videos, and installations, covering almost 20 years of highly disciplined production. Following its debut at the ICA, the exhibition Simone Leigh will tour to the Hirshhorn Museum and Sculpture Garden in Washington, D.C. (Nov. 2023-March 2024), and a joint presentation at the Los Angeles County Museum of Art (LACMA) and California African American Museum (CAAM), on view June 2024–Jan. 2025 in Los Angeles. Simone Leigh is organized by Eva Respini, ICA Deputy Director for Curatorial Affairs and Barbara Lee Chief Curator, with Anni Pullagura, Curatorial Assistant.

“Simone Leigh’s complex and profoundly moving work honors the agency and ideas of Black women, giving visibility to overlooked narratives and histories,” said Jill Medvedow, Ellen Matilda Poss Director of the ICA. “We are thrilled to bring Simone Leigh’s art from Venice back to the U.S. as part of this important survey exhibition, so that audiences across the country have the chance to experience the work of this groundbreaking and influential artist.”

“Although this is the first survey dedicated to Leigh’s art, the work has always been there, and its impact and power can no longer be denied. Leigh’s drive to center Black women can be understood as in spite of and ahead of cultural and political realities, rather than in reaction to them,” said Respini. “Leigh’s art teaches us that time cannot be forced. Her work operates on its own terms, and she has created her own systems for her art, populated with collaborators, writers, and artists of her choosing, continually making room for others.”

Over the past two decades, Leigh has created works of art that situate questions of Black femme, or female-identified, subjectivity at the center of contemporary art discourse. Her sculpture, video, installation, and social practice explore ideas of race, beauty, and community in visual and material culture. Leigh’s art addresses a wide swath of historical periods, geographies, and traditions, with specific references to vernacular and hand-made processes from across the African diaspora, as well as forms traditionally associated with African art and ritual, all while mining historical gaps, inaccuracies, and fallacies. Saidiya Hartman’s conception of “critical fabulation”—a strategy that invites historians, artists, and critics to creatively fill the gaps of history—provides a resonant framework for approaching Leigh’s work.

The ICA exhibition focuses on Leigh’s work in ceramic and bronze—beginning with early sculptural works and concluding with the new body of work created for the U.S. Pavilion in Venice—while also including key examples of works in video and installation to provide the full breadth of the artist’s practice. In Leigh’s ceramics, the artist draws on the vernacular traditions of the American South, Caribbean, and African continent, and challenges traditional hierarchies of art. Domestic vessels such as bowls and jugs, cowrie shells, and busts are recurring forms, and her readdress of these forms over time in various materials underscores the remarkable consistency of Leigh’s vision over two decades.

The exhibition opens with the impressively scaled trophallaxis (2008/2017), a suspended sculpture composed of clusters of black terracotta and porcelain forms that resemble fruit or breasts, from which a network of fully extended car antennas protrudes. The title adopts a scientific term describing the transfer of nourishment from insects’ bodies to the collective’s larvae, drawing associations of the femme body with fertility, nourishment, and labor—themes developed throughout the exhibition.  A subsequent gallery features a selection of Leigh’s table-top ceramic busts with their distinctive eyeless faces.

In recent large-scale ceramic sculptures, Leigh merges the human body with traditional domestic containers, conjuring unacknowledged acts of female labor. The intersection of architecture with the body is also central to her sculpture, such as the work Cupboard IX (2019), seen in the steel cage-like structures that the artist leaves bare or covered with raffia, evoking the womb, skirts, and sub-Saharan dwellings, often built by women and used as gathering spaces.

Since 2018, the artist has cast her sculptural works in bronze, creating statuary for both gallery presentations and public art commissions. Her bronzes combine figuration with domestic or architectural elements, such as in the 2019 sculpture Jug, featuring the head and torso of a woman’s body atop a large-scale vessel or jug.  Through their material choices, these bronzes embody a state of permanence and grandeur, and thus enter the dialogue around monuments in cultural memory. Leigh’s bronzes, with their overtly feminist and Black figurative references, also insist on the centrality—indeed, the necessity—of considering the agency of Black women as subjects in the cultural sphere.  The exhibition will feature Leigh’s monumental 24-foot-tall bronze Satellite (2022), sited outside around the ICA campus for visitors to encounter in the landscape, as a beacon for the exhibition, broadcasting ideas around self-determination that is endemic to the work.

Leigh’s video works, often created in collaboration with other artists, draw from historical and fictional representations of Black women and femmes. In the video my dreams, my works must wait till after hell (2011), Leigh and artist Chitra Ganesh reimagine the reclining female nude, a common subject in European art, from their perspective as women of color. A 2011 collaboration between Leigh and artist Liz Magic Laser, titled Breakdown, features mezzo-soprano Alicia Hall Moran singing a script the two artists compiled from scenes of men and women experiencing nervous breakdowns in plays or television shows, offering a stunning meditation on psychology, race, and gender.

Occupying the final four galleries of the exhibition, the body of work Leigh created for the U.S. Pavilion continues her explorations around the effect and legacy of colonialism and notions of self-determination. Featuring interrelated sculptures in ceramic, bronze, and raffia—as well as a video, Conspiracy (2022), made in collaboration with Madeleine Hunt-Ehrlich—these galleries will evoke the layout of the Venice exhibition, providing U.S. audiences the opportunity to experience this landmark installation. The exhibition concludes with Last Garment (2022), a bronze based on a 19th-century souvenir photograph of a Jamaican laundress, and explores ideas of labor, specifically the invisible labor of Black women. This sculpture is placed in a large reflecting pool situated within the sightline of Boston Harbor, as the breathtaking final gallery of the exhibition.

A major scholarly catalogue, including images of all the works in the exhibition as well as installation views from Leigh’s Venice presentation, accompanies the exhibition. Serving as the first comprehensive scholarly publication on Leigh’s work, the publication includes newly commissioned essays by over fifteen leading scholars, historians, and writers; writing by Simone Leigh; and an introduction by Eva Respini. The catalogue is designed by Nontsikelelo Mutiti, and co-published by the ICA and DelMonico Books. Contributors to the publication include:

With warmest thanks, the ICA/Boston gratefully acknowledges the following philanthropic partners for their magnificent support.

Major support is provided by the Ford Foundation and the Mellon Foundation.

Additional support for the publication is provided by the Fotene Demoulas Fund for Curatorial Research and Publications.