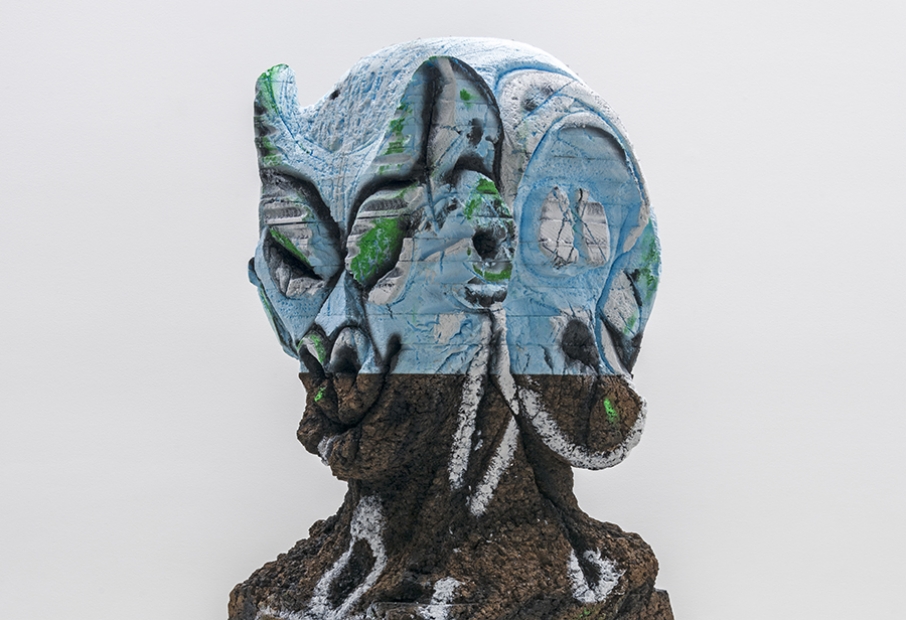 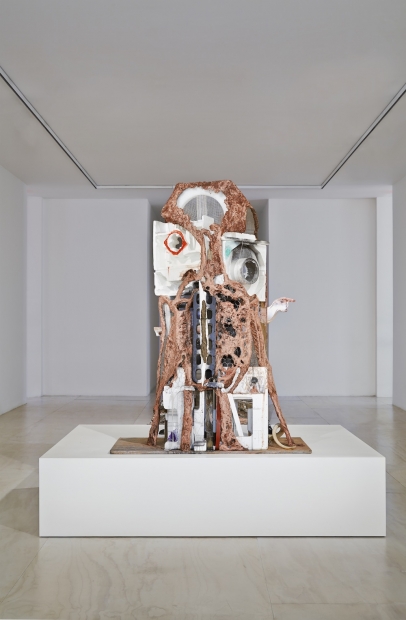 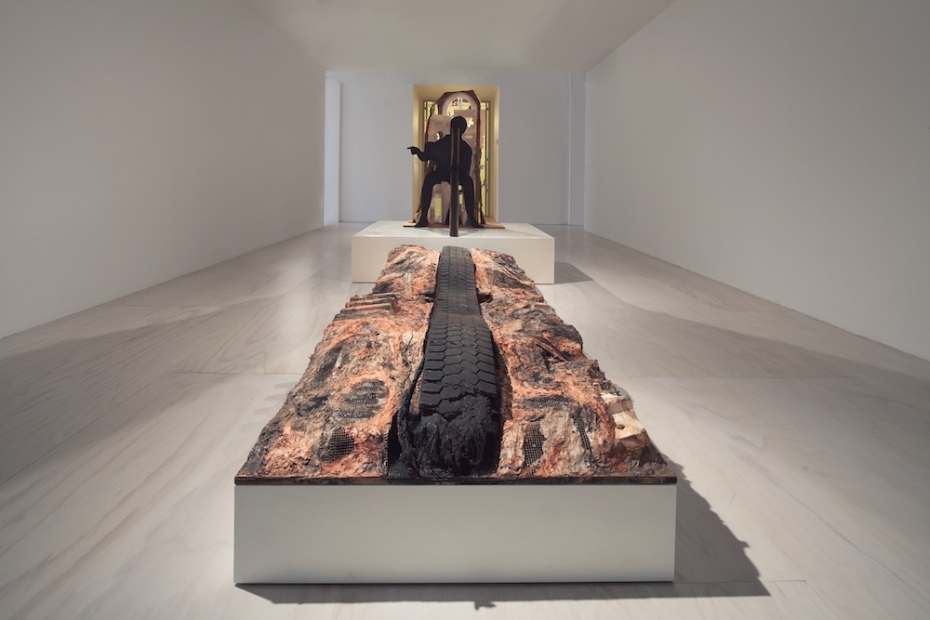 Huma Bhabha: They Live on view March 23 at ICA/Boston

(Boston, MA—December 3, 2018) The Institute of Contemporary Art/Boston (ICA) presents Huma Bhabha: They Live, the largest survey of the artist’s work to date. Spanning over two decades of Bhabha’s work, this major exhibition features sculpture, drawing, and photography, and considers the artist’s engagement with the human figure. Best known for her sculptures, Bhabha uses a wide variety of materials ranging from clay, Styrofoam, bronze, bricks, wood, construction materials, and other found material, to make compelling works that engage the arts and histories of diverse cultures. Tending towards the grotesque, Bhabha’s sculptures feature hybrid bodies or figures that appear human, animal, or alien, and evoke life in a post-apocalyptic or ruined landscape. Her work transcends a singular time and place, instead creating an exploration of what the artist describes as the “eternal concerns” found across all cultures and temporalities: war, colonialism, displacement, and memories of home. On view March 23 through May 27, 2019, Huma Bhabha: They Live is organized by Eva Respini, Barbara Lee Chief Curator.

“Huma Bhabha’s quiet authority, persevering vision, and commanding work distinguish her as an exceptional artist with a unique and haunting artistic voice. This overdue exhibition offers visitors the opportunity to experience and understand the sweep and power of Huma Bhabha,” said Jill Medvedow, the ICA’s Ellen Matilda Poss Director.

While Bhabha works primarily in sculpture, she also makes drawings, photographs, and prints. Her drawings in pastel and ink incorporate a skillful blend of figuration and abstraction. In many of these works, she has composed an image, whether a face or body part, and persistently traced and retraced the lines within the composition, which result in haunting, blurred effects. Bhabha’s reworked photographs, many taken by the artist in her native Karachi, are layered with her own markmaking, referencing the documentary photography tradition with a personal and fantastical dimension.

“The artist’s hand and a certain primacy of her interactions with materials are central to Bhabha’s practice. She deploys a distinctive mixture of additive and reductive methods to create her sculptures, with intuition driving her process, resulting in works that appear unfinished,” said Respini. “With their raw beauty, haunting presence, and narrative associations, Bhabha’s works adamantly broadcast the mutable, volatile, and expressive capacities of the figure.”

Huma Bhabha: They Live presents nearly 50 of the artist’s most significant artworks, including several of her newest works, such as the large scale bronze Benaam, recently featured on the rooftop of the Metropolitan Museum of Art in New York. The exhibition’s organization is not chronological, but rather influenced by the three foundational figural modes seen throughout the history of sculpture: standing, sitting, or reclining, in which Bhabha often positions her figures, or characters, as she calls them. The first room, for instance, exhibits a range of media and strategies Bhabha has employed over the years, from her early wall-mounted masks to sculptural figures composed of both found and traditional materials, introducing viewers to the breadth of her practice. Each of the subsequent galleries demonstrates how she engages the figure, nodding to art historical traditions—ancient Egyptian figures to Greek kouros—along with pop cultural sensibilities.

Bhabha’s work is a synthesis of her varied interests in art, history, film, television, and current events. Representing a refreshing and novel take on the figure, her characters embody hybridity: they are often intersex, multiethnic, and sometimes embody both animal and human characteristics. They are also hybrid in their making, composed of myriad combinations from organic to manufactured materials.

Huma Bhabha: They Live is accompanied by a lushly illustrated scholarly publication, co-published with Yale University Press, featuring essays that investigate Bhabha’s prolific and multidisciplinary output as well as her historical and cultural reference points. The volume is edited by Eva Respini, with contributions by Carter E. Foster, Ed Halter, Jessica Hong, Shanay Jhaveri, Respini, and a conversation between Huma Bhabha and artist Sterling Ruby.

Media are invited to attend a tour of the exhibition led by Respini. RSVP to Margaux Leonard, mleonard@icaboston.org

Huma Bhabha’s monumental sculptures at the ICA reflect the diversity of influences in her art, including horror films, science-fiction, and modernist sculpture. This rich and complex visual vocabulary enables her to create timely and stirring works. She states, “I make what I want to make while feeling a responsibility to bear witness to what is happening in the world.”  Hear more about what drives Bhabha’s artistic practice in this engaging conversation between the artist and Eva Respini, the ICA’s Barbara Lee Chief Curator.

Since its founding in 1936, the Institute of Contemporary Art/Boston has shared the pleasures of reflection, inspiration, imagination, and provocation that contemporary art offers with audiences in Boston and beyond. Its innovative exhibitions, performances, and educational programs provide access to contemporary art, artists, and the creative process, inviting audiences of all ages and backgrounds to participate in the excitement of new art and ideas. Spanning two locations across Boston Harbor, the ICA offers year-round programming at its iconic building in Boston’s Seaport and seasonal programming (May-September) at the Watershed, part of a functioning East Boston shipyard.

Major support for Huma Bhabha: They Live is provided by The Andy Warhol Foundation for the Visual Arts.

Huma Bhabha: They Live is generously sponsored by Max Mara.

This project is supported in part by the National Endowment for the Arts.

Support for the Huma Bhabha: They Live publication provided by Salon 94.