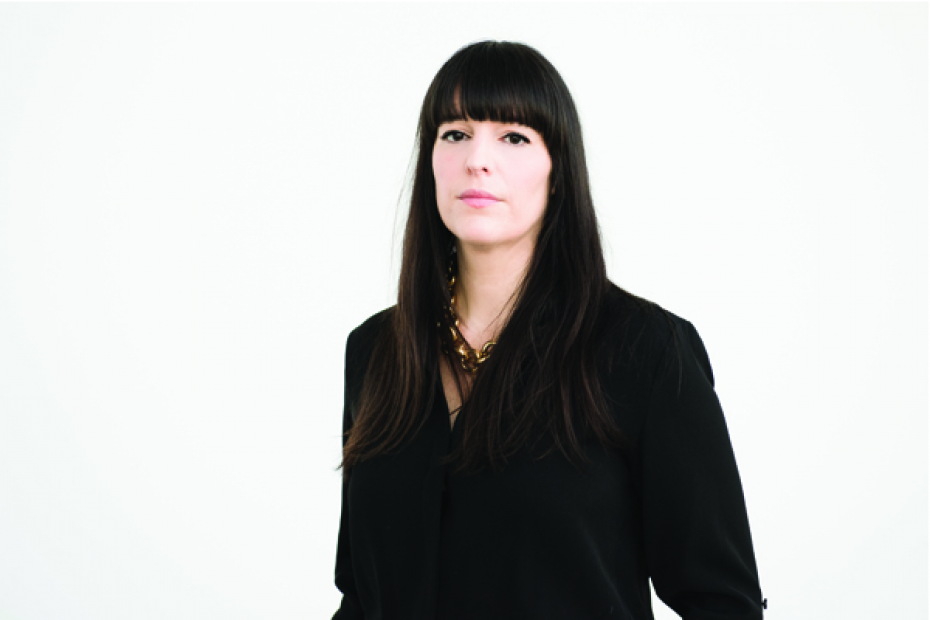 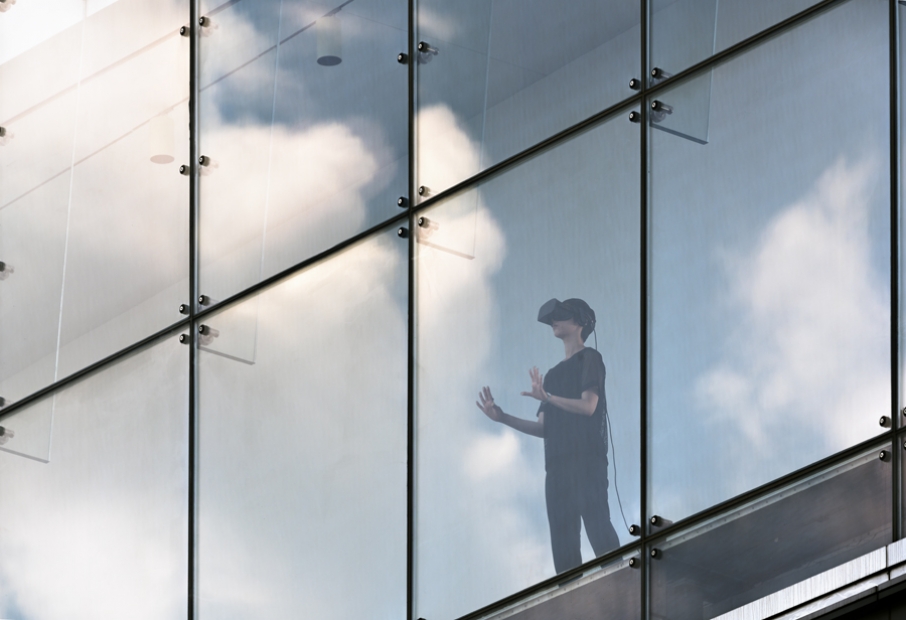 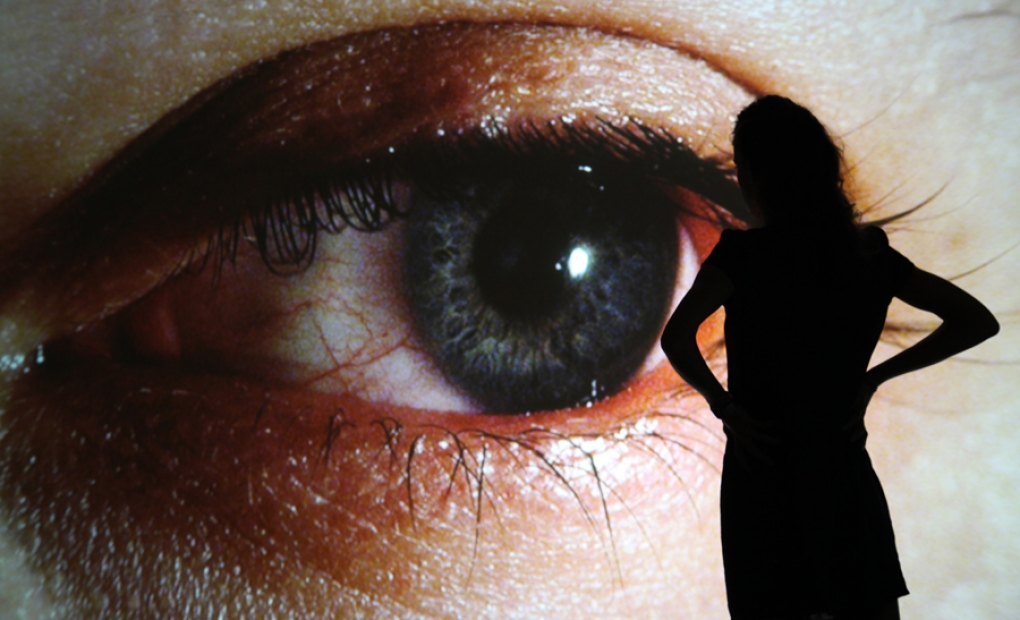 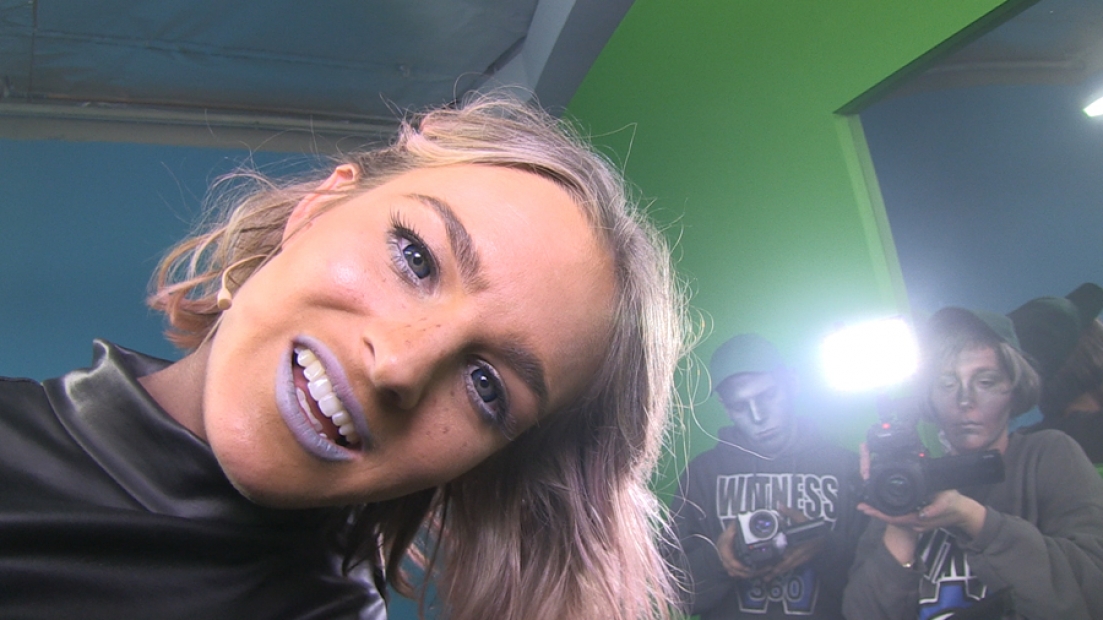 On the Internet: A Q+A With Eva Respini

“The internet has introduced a new way of seeing and being,” says Eva Respini, Barbara Lee Chief Curator at the ICA. “It’s affected how we shop, eat, date, travel, our social behaviors, our political machines, and how we create and consider art,” both online and off. The exhibition Art in the Age of the Internet, 1989 to Today, on view February 7–May 20, 2018, brings together more than 60 artists and collectives of different generations and backgrounds to take a look at this ubiquitous influence.

We spoke with Eva about the inspiration for Art in the Age of the Internet, 1989 to Today, its relevance, and why she considers the show site-specific to Boston.

Can you talk about what you mean by “internet”?

Great question. When we talk about the internet, it can be many things. It is a physical thing: a set of cables, wires, and protocols operated by disparate software and hardware. And it is also a social and political construct, a set of social practices and exchanges that have wide-ranging effects. The internet has changed how we consume information, exchange goods, conduct research, present our private and public selves, understand our bodies, date, shop, make friends, travel, and eat. It has transformed attitudes and mores, affected how societies see themselves and others, and how we see ourselves. It has influenced every facet of our lives and virtually every field and industry, including art.

This exhibition looks at the internet as a social and political construct—as a lens to understand our current moment. Art reflects the ideas of our time, and with this exhibition, we hope to offer insights on some of the complex issues of our digital age: How has the internet influenced art and how it circulates, how it is valued? How has the internet changed our understanding of privacy? How have network technologies changed our understanding of what it means to be human, and our perception of reality? What do we make of this powerful medium, which still holds so much promise, but is also a sign of a world divided, full of anxiety, operating at a breakneck pace, and competing for our increasingly distracted attention? Art in the Age of the Internet, 1989 to Today addresses the profound influence of the internet on art. Rather than presenting an exhibition of technology, we hope to explore how all art—whether painting or moving images, sculpture or photography, websites or performance—has been radically transformed by the cultural impact of the internet.

Was there an aha moment when you knew you wanted to do this exhibition?

I had been thinking about this exhibition for quite some time. Around 2006, I began hearing about a certain kind of art, called post-internet art. This inadequate and misleading term was coined to describe art made in the “wake” of spending time surfing the internet, and is generally used to describe a group of artists born in the 1980s working in London, Berlin, and New York. This term has been applied to a wide variety of art practices, from screen-based work to painting, sculpture, and performance. Although I reject this term (as do most of the artists in this exhibition), I was intrigued by much of the work being made under this moniker. The attributes of post-internet art—immersive space, multiple visualities and perspectives, the use of digital markers in real space—are not new. Many of these conditions have been pioneered by performance and video artists in the 1960s and 70s, and ideas of dematerialized art practices were similarly established by conceptual artists in the 1970s. But the new cultural and technological conditions introduced by the internet make vital its ongoing examination. This exhibition does not propose these contemporary works as a radical break with the past, but attempts to establish relevant historical links between a new generation of artists and their predecessors. While the technologies may have changed over generations, for artists many of the concerns have been the same.

You’ve described this show as site specific. How so?

Greater Boston has a rich history in technology. The first email was sent from Cambridge. The term “cloud” was first coined in relation to the internet in an MIT research project. Facebook was invented here. The ICA commissioned video art for WGBH-TV in the 1980s, including from artists such as Nam June Paik, who is featured in Art in the Age of the Internet. The context of technological innovation in this town provides a crucial background for this exhibition. For me this exhibition is sited in the city of Boston and has special meaning here.

Another way that I think about site-specificity with this exhibition is with the commission of a new virtual reality piece by the Canadian artist Jon Rafman. Rafman has used virtual reality technology in several art works, requiring users to don Oculus Rift goggles to access an immersive 360-degree viewing experience. This emerging technology offers radical new models of visuality, not unlike the major shift witnessed by the introduction of cinema around the turn of the twentieth century. For the ICA, Rafman has created a site-specific virtual reality work for the museum’s John Hancock Founders Gallery, whose floor-to-ceiling windows offer a sweeping view of Boston Harbor. Rafman developed a virtual depiction of the site, so the museum’s architecture and the surrounding seaport are characters in the work, collapsing real and virtual space.

Rafman is most interested in how VR technologies can fundamentally change subjectivities, anxieties, and fears. He has said: “I question whether it is useful anymore to talk about a clear dichotomy between the virtual and the real, as most of our lives are happening in front of a screen.” For me, this work, and the blurring of the virtual and real, point to a big part of the contemporary condition of living online.

You’ve also described the show as having several different platforms.

This exhibition is already more than two years in the making—perhaps a long time in Internet years. Is there a different resonance to some of the works today than when you first envisioned the show?

Much has changed since we began this project more than three years ago: Brexit, this rise of Black Lives Matter from rallying hashtag to social movement; the election of Donald Trump; the Oxford Dictionary choosing “post-truth” as 2016 word of the year. All of these events have been heavily influenced by how we use the internet to circulate information, share news, and understand our world. The technologies and visual conditions of the internet continue to transform at an accelerated rate, exemplifying what curator and writer Hans-Ulrich Obrist has termed the extreme present. Visual culture now, in our immediate digital epoch, does much more than hold a mirror up for us: it is instrumental in creating our realities. Art in the Age of the Internet was conceived to respond to our shifting, infinite present by exhibiting and examining artworks that represent multivalent artistic strategies, whether romanticism or cynicism, optimism or pessimism, nostalgia or antipathy; what we often encounter is a complicated combination of them all. I would say continually adapting to this extreme present has been both the pleasure and challenge of working on a topic that is so timely. As is the case with many thematic exhibitions, Art in the Age of the Internet, 1989 to Today is an incomplete account. This project aspires to being neither the first nor last word (as if that were even possible). 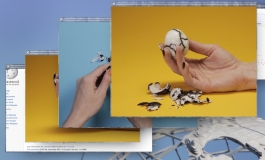