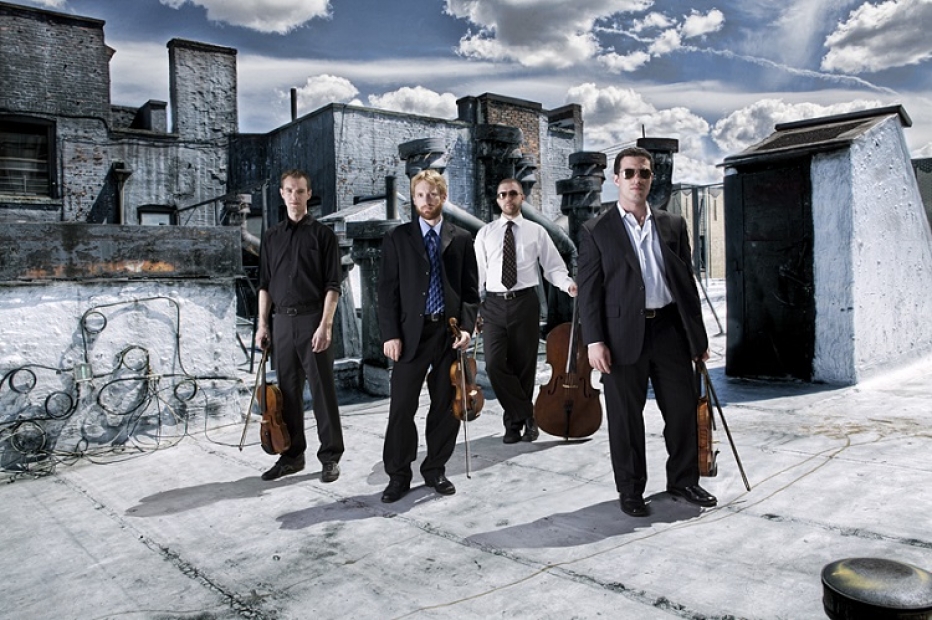 It is perhaps impossible to track the importance of the innovations produced at the Institute for the Research and Coordination in Acoustics/Music (IRCAM), an unmatched meeting center of science, technology, music, and art linked to the Centre Pompidou in Paris. Founded in 1977 by Pierre Boulez at the request of President Georges Pompidou, the list of composers who have created work in residence at IRCAM reads as a literal who’s who of contemporary music, from Georg Friedrich Haas to Frank Zappa.

By 1988 IRCAM had developed and released the software MAX, which processes interactions between computer and performer in real time, relying on programs written in a unique object-oriented coding language. Today, MAX has become the common language for creating interactive performance software. Other fascinating programs created at the institute include Orchidèe, a computer-aided orchestration tool. The program receives a given target sound, which could be anything from a human voice to a jackhammer, and, after analyzing the sound, presents possible ways to imitate the sonic event within the parameters of acoustic instruments. The work Speakings, by British composer Jonathan Harvey in collaboration with IRCAM technicians, uses Orchidèe to develop orchestrations that mimic human communication. In the words of the composer, “I wanted to bring together orchestral music and human speech. It is as if the orchestra is learning to speak, like a baby with its mother, or like first man, or like listening to a highly expressive language we don’t understand. The rhythms and emotional tones of speech are formed by semantics, but even more they are formed by feelings – in that respect they approach song.” This unique blend of the mastery of expressive musical technique and emerging technology is the hallmark of every work created at IRCAM—technological innovation is only bound by the imagination of the composers.

Harvey is one of the composers whose work is to be explored at the ICA in two incredible concerts featuring the JACK Quartet and Sound Icon, presented following IRCAM’s weeklong residency at the Boston University Center for New Music. On April 29 the JACK Quartet will perform Harvey’s 4th Quartet, which, like all the works on these programs, was written in residence at IRCAM in collaboration with the institute’s technologists. The work implements the IRCAM software SPAT, which allows for the control of the spacialization of sounds within an auditory space. The program receives information via live instruments or electronic signals and processes them in real time into a loudspeaker system. This allows extraordinary spatial sonic effects to be produced by live acoustic instruments. As Harvey says of the work, “Using IRCAM’s SPAT program (with the help of Gilbert Nouno), it is possible to locate the sounds at any distance, at any point. This point can then be moved, like a living presence; the sound acquires an attribute closer to life, but unseen. When this movement is regular, like the repetitions of dance steps, for instance, the ‘presence’ begins to take on a character, a personality (though still invisible).” Audio excerpts can be heard here.

Sharing the program with Harvey is the work of Israeli-born composer Chaya Czernowin, currently Walter Bigelow Rosen Professor of Music at Harvard University. Her work HIDDEN uses live technology to give the sense that the musical material is submerged, beneath expression. It was written for the JACK Quartet during a shared IRCAM residency. A sample can be heard on the composer’s website. As she recommends, “Listen with headphones, quite loudly.”

The ICA’s two-day program kicks off on April 28 with one of Boston’s premiere contemporary music ensembles, Sound Icon, performing electroacoustic works by some of the original masters of the genre: Pierre Boulez, Tristan Murail, and Beat Furrer. Boulez’s work Anthemes II receives its title from the combining of the French ‘themes’ with the English ‘anthems’ and is an adaptation for violin and live electronic manipulation of an earlier Boulez work for solo violin. Murail’s work, Les E’Sprit de Dunes, takes much of its sound material from Tibet, including vocal chanting, ritualistic trumpet sounds, and overtone singing. Dedicated to the memory of Salvador Dalí and Italian composer Giacinto Scelsi, the work features the stunningly complex method of “hybridization” that involves creating a new timbre by crossing the spectral makeup of one sound with another; at one point even fusing the timbre of live instruments with the sound of tearing paper. In the words of British composer and scholar Julian Anderson, “This range of techniques builds not only the entire electronic part but also supplies all the pitch-material on the instruments, Murail as insistent as ever on the necessity of linking timbre and harmony to the extent that one can scarcely tell them apart.” (Audio sample). The program will also feature the electroacoustic works Gaspra and Aria by Swiss-born composer and conductor Beat Furrer.

These two concerts offer a chance to honor the late IRCAM founder Pierre Boulez, who died in January at the age of 90s, with a rare glimpse into the astonishing creative and technological innovations that have come from IRCAM recently. The institute has stood at the forefront of innovation since its inception and has guided new trends at the intersection of music and technology. The innovations at IRCAM have allowed composers to prove computer-based technologies as organic and valid as tools for creation as acoustic instruments are. Furthermore, Sound Icon, expertly conducted by Jeffery Means, and the JACK Quartet, one of the foremost contemporary music ensembles, are some of the best-suited ensembles in the nation to perform this groundbreaking music.