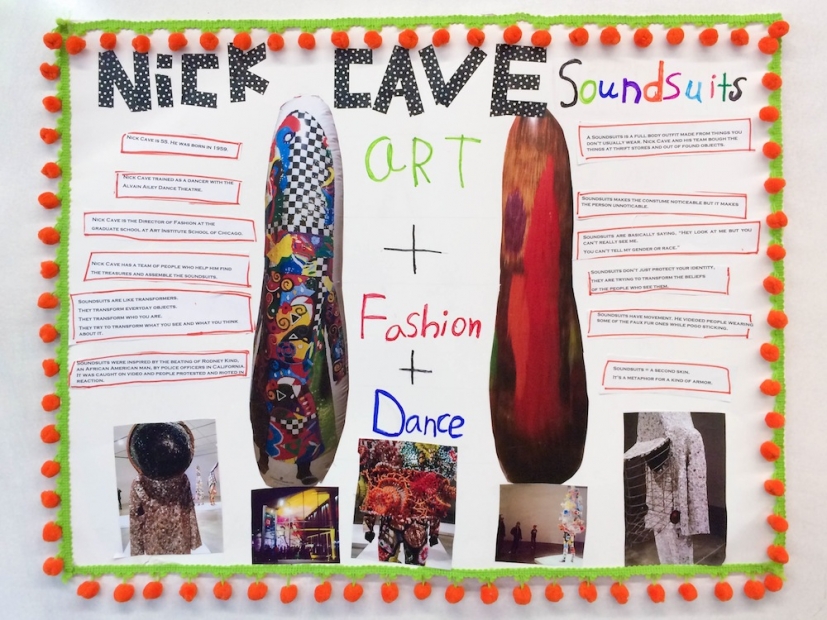 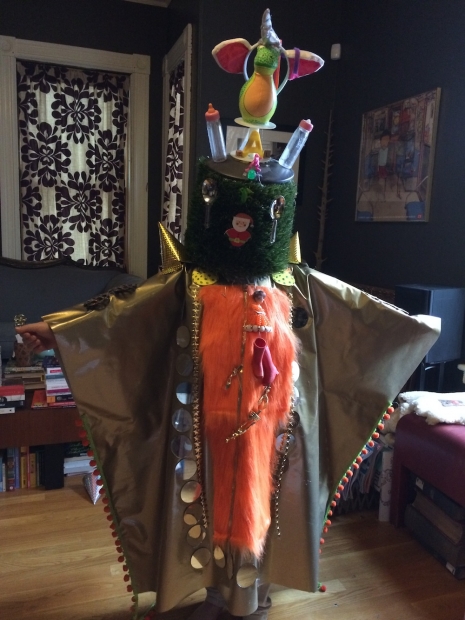 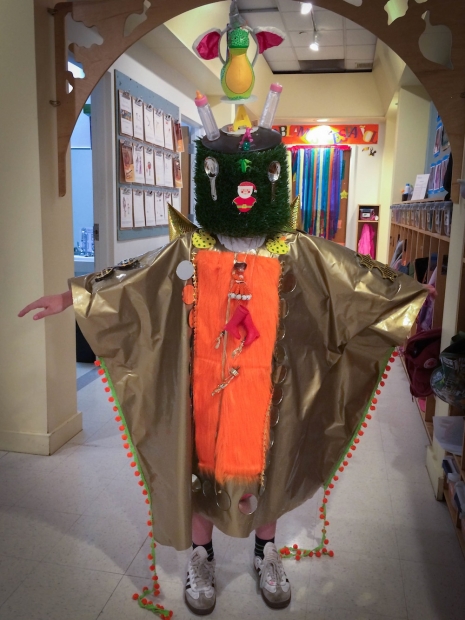 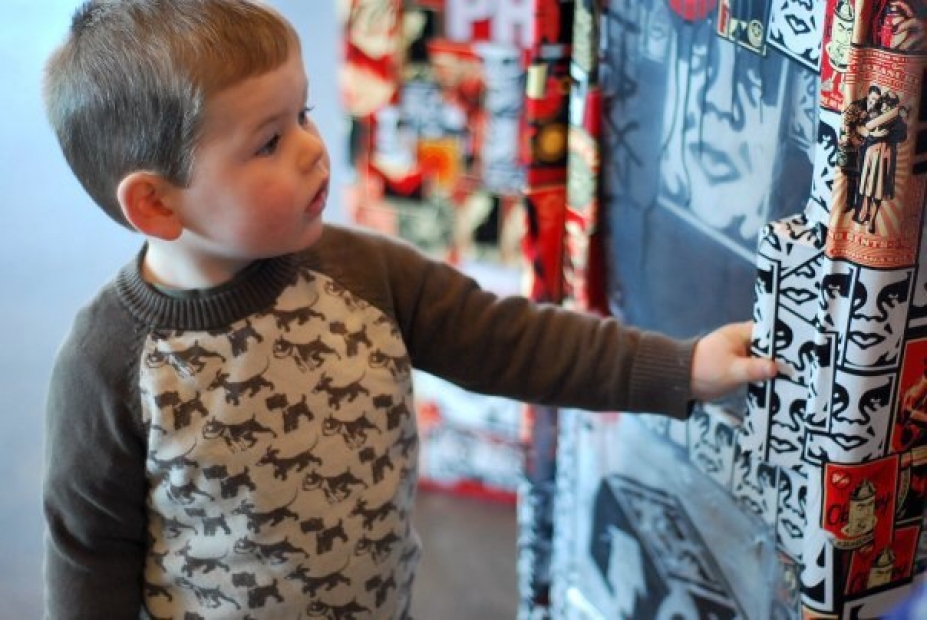 At the ICA, we regularly hear from parents about how much they appreciate our free programs for kids, especially our monthly Play Dates, which offer chances to engage with the art on view, see kid-centric films and performances, and make creative projects together. Some families become regulars who return again and again.

The ICA received the following letter from the mother of a longtime Play Date participant (and one of the ICA’s biggest fans). Let’s just say the feeling’s mutual.

My family and I have been regulars at your monthly Play Dates and we so appreciate this amazing (and free!) public service. My son is a big-idea guy with tons of creativity. Seeing himself as an artist is a big part of his identity and has helped him construct a positive self-image even when things get challenging at school.

I wanted to share with you a poster he made about Nick Cave for a “Design Your Own Homework” project at school that allowed the children to choose their own topics. He also made his own Soundsuit. The mask he made from an old lampshade and some leftover turf from the school’s field at his school’s fall festival, where children make their own Halloween costumes. The body he made out of oilcloth and thrifted items.

Last month he had a chance to meet Nick Cave in person at a talk at Lesley University, and give him photos of his project and his Soundsuit. It was like he met a rock star. When I said to my son later what an amazing, once-in-a-lifetime opportunity that was, he replied, “No, I’ll see him again.” Maybe it will be at the ICA!

Thank you to the ICA for being such an important part of our family and in particular an inspiration to my son’s creative development.