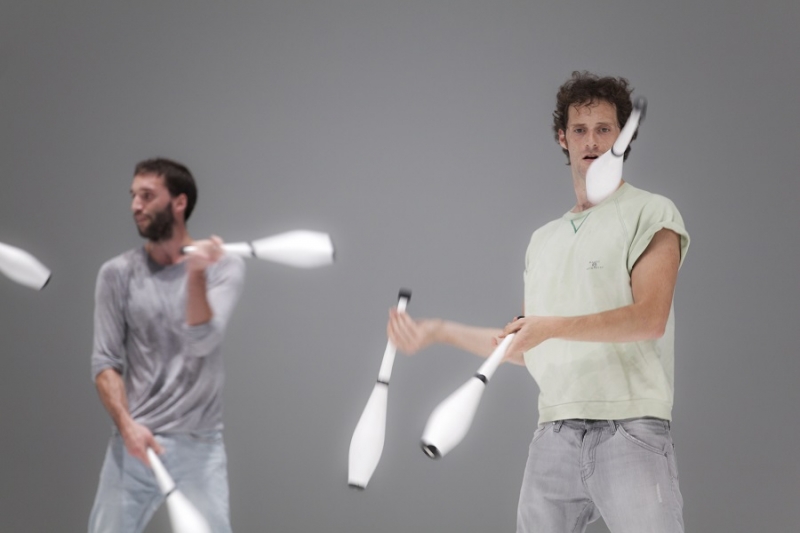 Alessandro Sciarroni, UNTITLED_I will be there when you die

Italian visual artist and choreographer Alessandro Sciarroni returns to the ICA with a hypnotic reflection on the passing of time. Working with a cast of four professional jugglers, Sciarroni emphasizes performers’ discipline, focus, and concentration to thrilling effect. By stripping away the trappings of the circus, Sciarroni emphasizes the essential elements of juggling and the medium’s nearly endless combination of patterns and tosses (under the leg, under the arm, above the head, etc). Every toss and every catch marks the passage of time—a hypnotic and thrilling effect—again and again and again.

Awarded a 2019 Golden Lion for Lifetime Achievement by the Venice Biennale, Sciarroni is one of the most revolutionary choreographers working in Europe. His works have been performed at leading festivals and events around the world, including the Biennale de la Danse in Lyon, the Venice Biennale, Crossing The Line Festival New York, and the TBA Festival in Portland. He has also presented his work at the Centre Pompidou in Paris, The Walker Art Center in Minneapolis, and the MAXXI Museum in Rome. Sciarroni is a choreographer at the Balleto di Roma. His shows are produced by Marche Teatro.

Alessandro Sciarroni, UNTITLED_I will be there when you die, is supported, in part, by Q-International La Quadriennale di Roma. 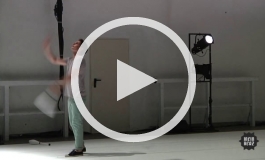 Alessandro Sciarroni, UNTITLED_I will be there when you die - Trailer