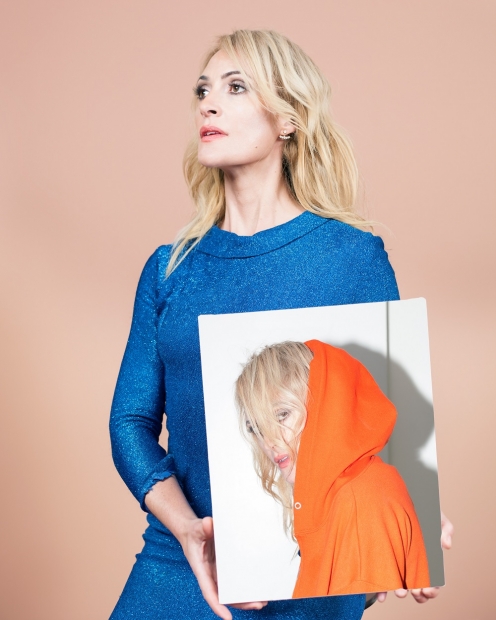 An Evening with Emily Haines & the Soft Skeleton

This show is sold out.

It’s time: Emily Haines is back with Choir of the Mind, the Metric singer’s first release as her Soft Skeleton solo project in a decade.

That interval has particular resonance for Haines: Choir of the Mind, due September 15 on Last Gang Records, comes 10 years after her Emily Haines & The Soft Skeleton EP What Is Free to a Good Home?, which in turn stemmed from her 2006 LP Knives Don’t Have Your Back. Ten years before that, she released Cut in Half and Also Double under her own name.

“It’s funny, I believe in a way that my life has functioned in decades,” Haines says. “A lot of things aligned to make this seem like the time.” Her solo projects represent transitions in her life: her 1996 album came as she passed over the threshhold of adulthood, while Knives Don’t Have Your Back emerged after the death of her father, the acclaimed poet Paul Haines. “On Knives, there were strings and horns, the mood was funereal, there were all these other players. On Choir of the Mind, there is still a fair bit of instrumentation, but I found myself filled with a desire to achieve as much as possible using little more than the contents of my mind and my voice, anchored by my hands on the piano, propelled by these rhythms I was making with my breathing, like a panic attack on the bottom with a lullaby on top.”

Haines’s vocals are definitely the focal point of Choir of the Mind. She used her voice to create spellbinding orchestrations for an effect that is subtle and ghostly on “Wounded,” lush on “Fatal Gift” and deeply powerful on “Legend of the Wild Horse,” which she calls her “soft anthem.” Haines’s voice is the only audible instrument on “Strangle All Romance,” and she creates mesmerizing layers that drift and swirl through the title track, which includes a spoken-word part adapted from a poem by the Indian mystic Sri Aurobindo.

Haines recorded Choir of the Mind over several weeks in September and October of 2016, more or less alone in Metric’s Toronto studio with a borrowed 18-foot grand piano built in 1850. Her longtime musical partner/Metric bandmate, James Shaw, helped flesh out the sonics with various instruments and rhythmic elements. (Shaw also mixed the album). Sparklehorse drummer Scott Minor, a member of the Soft Skeleton’s first incarnation, returned to perform on “Legend of the Wild Horse.” Haines says, “The writing and recording process was heightened and intensive, the two became one thing.”

In between solo releases, Haines keeps plenty busy with Metric. Formed in 1998, the band has released six full-length albums and three EPs on its way to commanding arena-sized stages and contributing to soundtracks for The Twilight Saga: Eclipse, Scott Pilgrim vs. the World, and Cosmopolis.