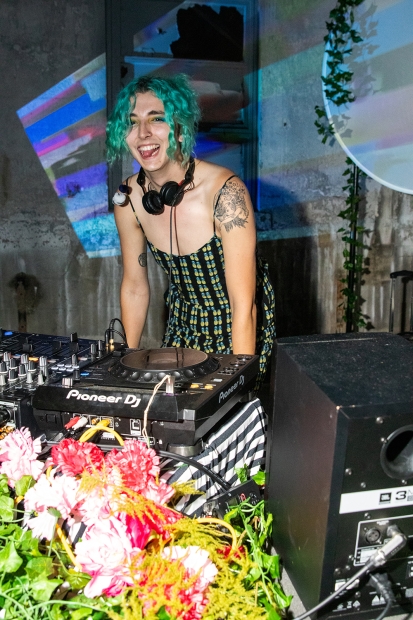 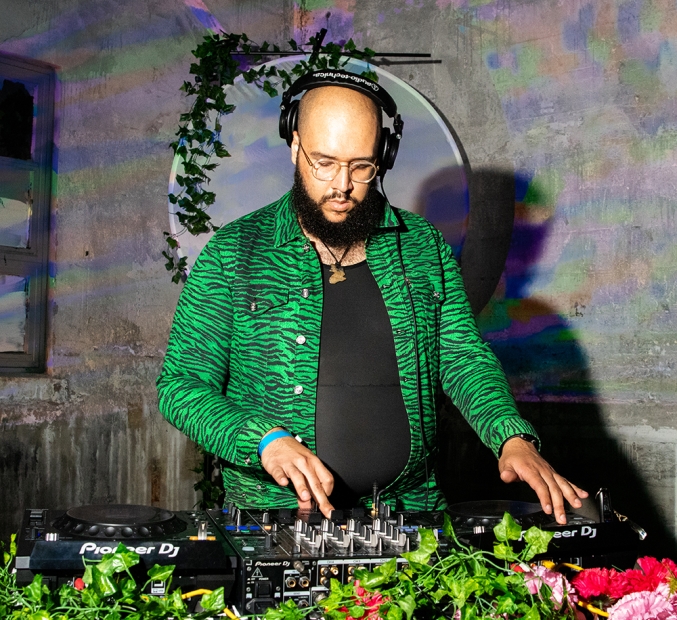 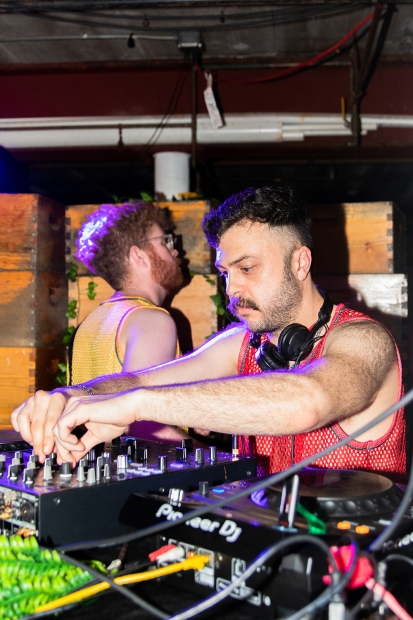 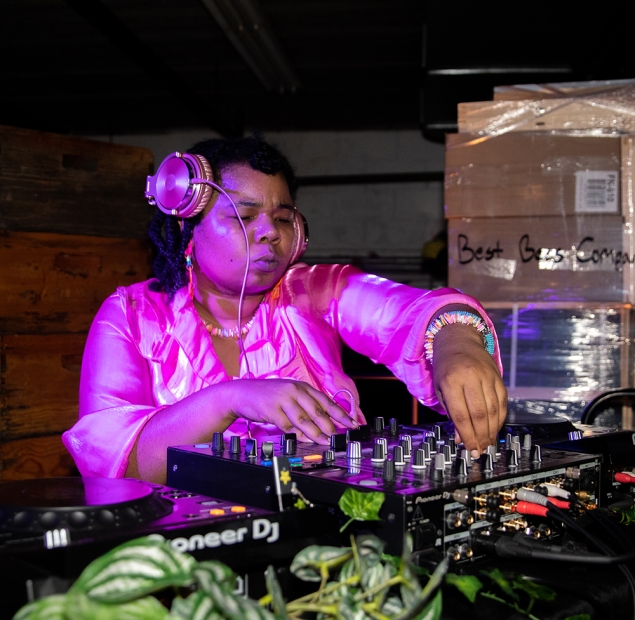 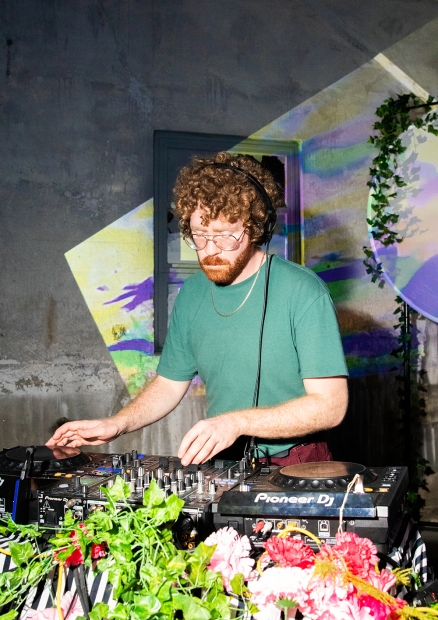 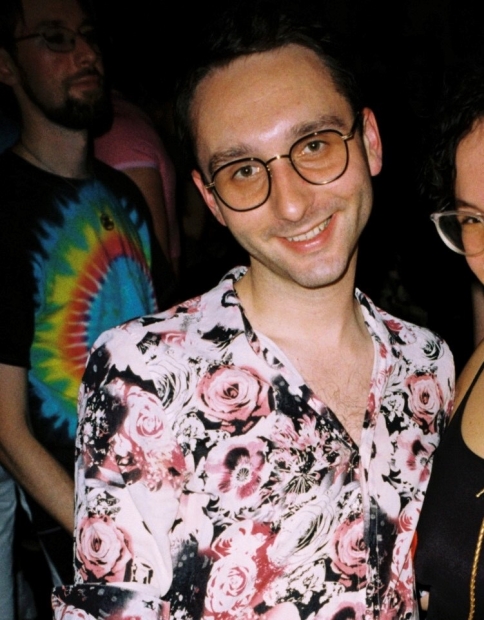 First Fridays: Back with Boudoir

After a long hiatus, First Fridays are back (with Boudoir)—louder and prouder than ever before! Kick off Pride Month, summer, and the return of First Fridays with seaside drinks, poetry curated by Jackson Davidow, and a dance party to sets by local DJs from Boston’s queer underground house and techno party Boudoir, featuring Mx. Blaire, Ms. Mango, Adam Unknown, Math3ca, and Bricklayer. Plus, explore contemporary art featuring LGBT+ stories and inspiration in Bárbara Wagner & Benjamin de Burca: Swinguerra, A Place for Me: Figurative Painting Now, and Raúl de Nieves: The Treasure House of Memory.

This 21+ event does sell out; advance tickets are required. Discounted rates are available for packages of 10 or more. Please contact Visitor Services at visitorservices@icaboston.org  or 617-478-3100 during open hours for more information. The museum will not be open to visitors outside of the First Fridays event. Discounts, promotions, and admission vouchers do not apply toward First Fridays admission. LOVE IS CALLING and the ICA Watershed will be closed during First Fridays. The ICA store will close at 7 PM. Doors and bars close at 9 PM.

Mx. Blaire: Mx. Blaire (they/she) is a Boston based DJ and event organizer. Her sets float through multiple genres touching upon boomin’ bubbly breaks, slinky house, acidy techno, dreamy jungle, and anything that will make you dance. With a love of bringing people together, she organizes events all around Boston: spinning as a resident DJ of the queer-rave-collective Boudoir, co-cospirator for the euphoric break-beat inspired party Break-Fast, and launching the party series Dance Room, which focuses on providing a stage for upcoming local artists.

Ms. Mango: Since starting to DJ back in 2018, Ms. Mango (she/her) has absorbed the various sounds of Boston’s queer nightlife, both past and present.  From the deep hum of a disco bass guitar to the underground dramatics of house and techno, they relay the positive message of love, sex, and unity.

Adam Unknown: As co-founder and resident DJ of Boudoir, Break-Fast, Nightrider and OnlyFriends, Adam (he/him) is helping make it happen here in Boston. Through these varying Queer events, he’s begun to develop a flexible party sound that’s draws from a multitude of genres, tempos and decades. Continuously working to cultivate the underground scene in Boston, it’s clear he’s not afraid of jumping well into the unknown. His sets are a continuation of this energy. Always looking for new and challenging sounds to play for friends. His selections always have a bit of drama and pull elements of future club, bass, two-step, and drums and set them on a deep foundation of house, techno, breaks, and other ethereal finds.

Math3ca: Math3ca (he/him) is a Boston based DJ and underground party organizer. He is a co-founder of the queer and underground party Boudoir, and the hyper glamorous Gay Bash’d. Math3ca is committed to contributing and reinvesting in the artistic and nightlife scenes of Boston. Math3ca’s main sound satellites around house — but his sets always include sprinkles of electro, disco, baile funk, ballroom, and Latinx/Afro-percussion. He’ll make you dance.

Bricklayer: Bricklayer (they/them) is a Boston-based visual artist and DJ. They work with the rest of the Boudoir collective to nurture positive and affirming experiences through visuals, music, and lighting. As a video artist, they use both analog and digital tools to combine organic forms, fragments of pop culture, and distortion methods, exploring texture, color, and relationships between images. Their interest in making connections between past, present, and future extends into music selections that span over half a century—with a special soft spot for electronic disco, breaky techno, and anything with a chunky bass or 303.

Jackson Davidow is an art historian, critic, and curator whose work focuses on queer, feminist, decolonial, and Black artistic practices of activism and therapy. His cultural criticism has appeared in Art in America, Artforum, The Baffler, Boston Review, frieze, Hyperallergic, the Los Angeles Review of Books, Urban Omnibus, and X-TRA. He has published scholarship in American Art and in the book Otherwise: Imagining Queer Feminist Art Histories. Currently a postdoctoral fellow at the Center for the Humanities at Tufts, he is writing a book about global AIDS cultural activism in the 1980s and 1990s.

For this collaboration with Boudoir, Jackson Davidow takes us back in time to shine light on Boston’s rich histories of queer nightlife and poetry. Between the rise of gay liberation in the early 1970s and the onset of the AIDS epidemic in the early 1980s, the Boston area was an important hub of queer culture, activism, nightlife, and sex. Boston and Cambridge were home to a range of queer newspapers, magazines, presses, political organizations, collectives, coffeehouses, cooperatives, bars, nightclubs, and cultural festivals. Amid all this, there was also a flourishing local gay and lesbian poetry scene that developed new and unapologetic languages for identity, desire, sex, and community. Poetry was essential to the many projects of gay liberation. Featuring some favorite poems published by the journal Fag Rag and the Good Gay Poets Press in the 1970s and 1980s, this collaboration explores themes of public intimacy, nightlife, and togetherness on local ground. As we reflect on the significance of celebrating together after a period of social distancing, we ask: Can poetry be an agent of public intimacy? Can poetry facilitate the reconstitution of queer communities in public space? Come out, come together, and honor the past by imagining a queerer future!
Research support thanks to Michael Bronski and Harvard University’s Woodberry Poetry Room

First Fridays: Back with Boudoir is supported by Red Bull Energy Drink.

First Fridays: Back with Boudoir in partnership with