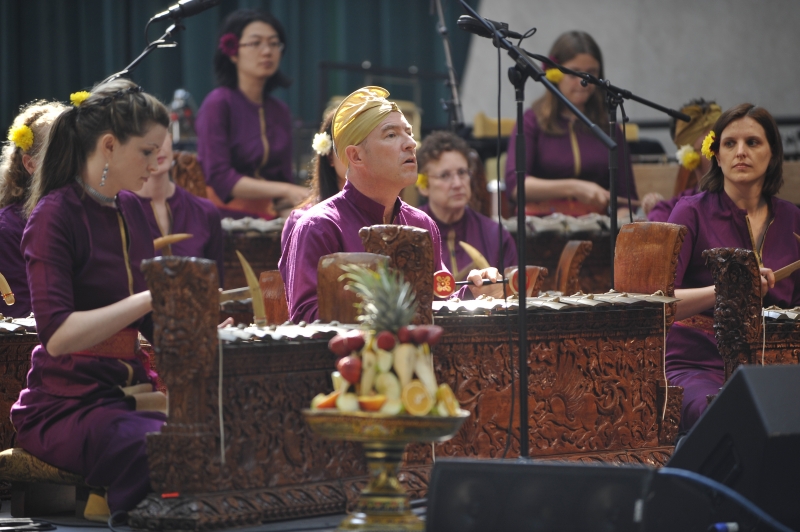 Performing Suite for Violin and American Gamelan, Concerto for Piano with Javanese Gamelan, and By the Numbers

The ICA and MIT present a centennial celebration of composer Lou Harrison. MIT’s Gamelan Galak Tika joins forces with violinist Johnny Gandelsman and pianist Sarah Cahill to present a program of Harrison’s groundbreaking works for gamelan and western instruments, performed on instruments built by the composer himself and curated by Jody Diamond. The concert will also feature the world premiere of composer and MIT Professor Evan Ziporyn’s By the Numbers, an homage to Harrison for violin and piano.

MIT Sounding is an annual performance series sponsored by the MIT Center for Art, Science & Technology (CAST). Curated by CAST Faculty Director Evan Ziporyn, Sounding seeks to present works that blur the lines between the traditional and the contemporary, and which present personal and compelling visions of new, evolving musics that defies genre.

Co-presented with MIT as part of the MIT Sounding concert series.