The ICA presents Adriana Varejão, one of Brazil’s leading artists, in her first solo museum show in the United States. The exhibition spans the period from 1993 to the present and includes several series of work.

Prevalent throughout the exhibition is Varejão’s interpretation of the concept of cultural cannibalism, or anthropophagy. The theme dates back to the 1920s, when Brazilian modernist Oswald De Andrade appropriated the term to create an “Anthropophagist Manifesto.” This declaration urged artists and intellectuals to “cannibalize” the symbolic and cultural contribution of its colonizers, absorbing and transforming it to create a new Brazilian culture for the 20th century.

In her most recent body of work, Polvo, Varejão addresses race and miscegenation—fraught topics in highly diverse Brazil, where a 1976 government census asking respondents to describe their own skin color elicited 136 distinct answers. Inspired by 17th- and 18th-century Spanish castapaintings which sought to document the country’s range of ethnic backgrounds, Varejão selected 33 of the most poetic answers, such as Sapecada (flirting with freckles), Café com Leite (coffee with milk) and Queimada de Sol (sun-kissed), and had them made into tubes of oil paint that appear in the exhibition. Varejão then used the shades in series of self-portraits and color wheels that explore the complexities of skin color and mixed-race identity. The title Polvo translates to “octopus” in Portuguese, a reference to the animal’s ink, made primarily of melanin, the substance that gives human skin and hair its color.

Like her modernist forebearers, Varejão devours the rich and diverse culture of post- colonial, multicultural Brazil, churning it together with a strong art-historical sensibility to create work that is provocative, perceptive, and disarmingly visceral. 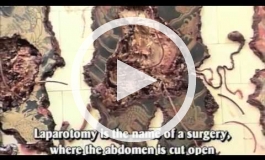 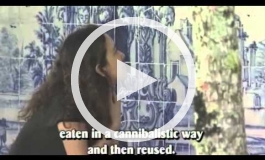 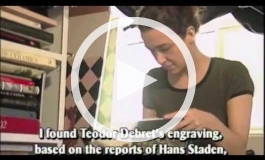 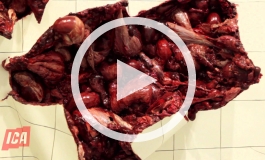