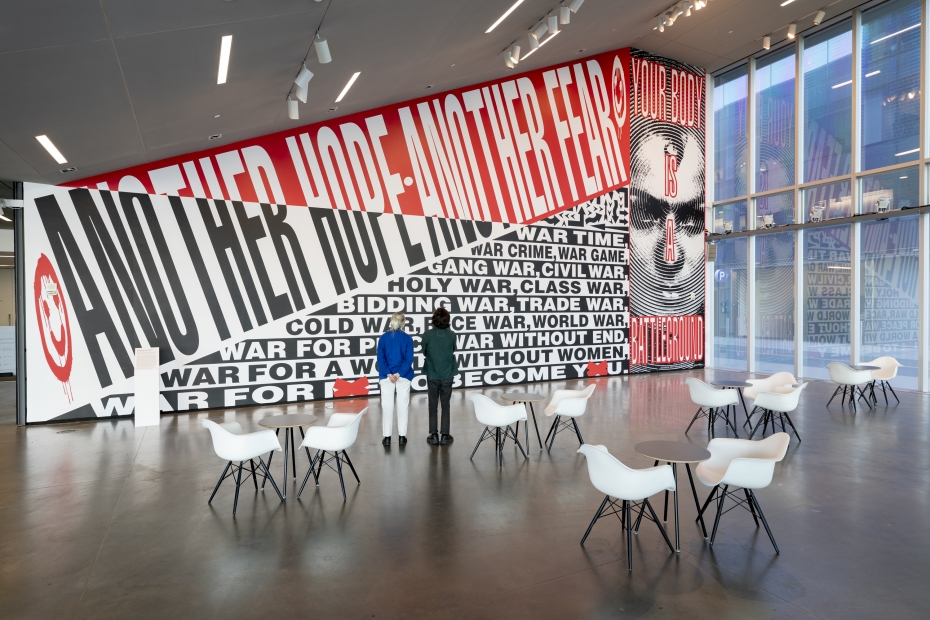 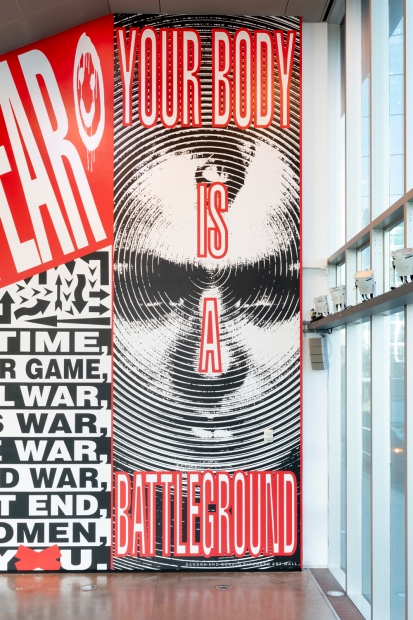 For more than 40 years, Barbara Kruger (b. 1945 in Newark, NJ) has been a consistent, critical observer of contemporary culture. Her distinct visual language uses textual statements and images taken from mass media to create memorable artworks that investigate ideas of power, identity, consumerism, and gender.

In this new commission for the ICA, Untitled (Hope/Fear), 2022, Kruger uses the wall’s unique architecture to create a bold artwork featuring three distinct areas of text and image combinations. The largest text, “another hope, another fear,” set in the artist’s typeface of choice (Futura Bold), exemplifies the artist’s incisive ability to evoke the emotional tenor of our time, a parade of daily hopes and fears fueled by social media feeds and an ever-escalating news cycle. By repeating and replacing words, Kruger creates a cadence of text that cascades across the wall and traces the ties of power. Another area displays phrases in graphic, black-and-white bands that repeat the word “war” in different configurations (e.g., “war time, war crime, war game”), before turning to the phrase “war for a world without women.” This march of common phrases surfaces relations behind these various wars. In the concluding line “war for me to become you,” Kruger has x-ed out the pronouns “me” and “you,” confounding clear notions of who is speaking and resisting any univocal position. The final element of the work restages the text from one of Kruger’s best-known works, Untitled (Your body is a battleground), 1989, which she originally produced as a poster for the April 1989 March for Women’s Lives in Washington, DC to protest new laws limiting women’s access to health care. This newest work affirms Kruger’s status as one of the sharpest, most critical respondents to contemporary culture.

Support for Barbara Kruger is generously provided by Jean-François and Nathalie Ducrest. 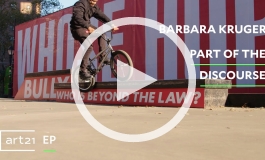 Barbara Kruger: A Way With Words