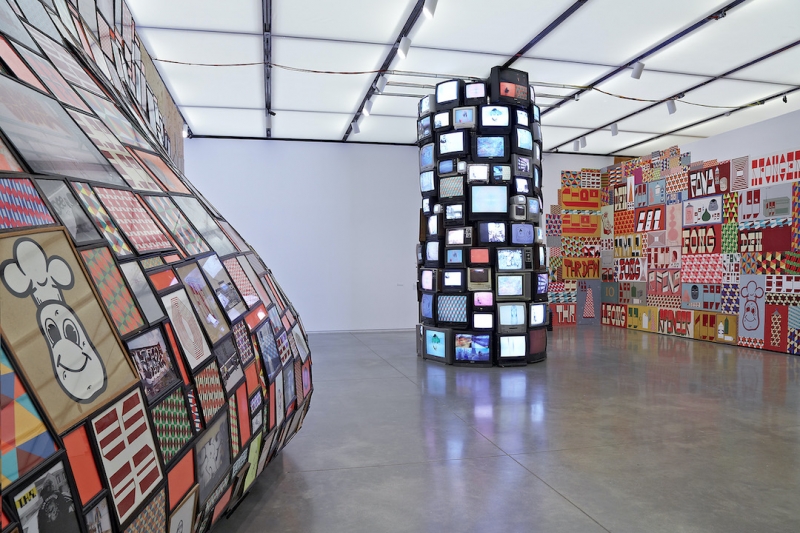 “It’s pure chaos, claiming a territory that doesn’t belong to you to state your own identity. It’s like saying, ‘I’ve got no other way to say I exist.”

Barry McGee began exhibiting his art in the late 1980s, not in a museum or gallery, but on his home streets of San Francisco. At that time the city was reeling from a lackluster economy and the scourge of the AIDS crisis, and citizens often took to the streets in protest and to raise awareness of societal woes. Inspired by this activism and the more politicized forms of protest graffiti and signage perpetrated by politically minded groups, as well as a tight-knit community of fellow taggers and the burgeoning hardcore music scene in San Francisco.

McGee developed as a graffiti artist, often under the tag name “Twist.” Deploying a visual vocabulary that borrows elements from graffiti, comics, hobo art, sign painting, and other sources, McGee’s imagery simultaneously celebrates and critiques his diverse Mission District neighborhood. He has long viewed the city a vital site for art and activism, but his more recent work brings the urban condition into art spaces with installed environments that express the anarchic vitality of inner-city street life.

McGee’s gallery-based art explores the contradiction central to his daily life—reconciling graffiti with an artistic practice—but also addresses the question that the avant-garde has historically asked: How might art and life be reconciled? At once humorous, political, and difficult (especially for those who see private property as an inalienable right), his art underscores the complexities of life in early twenty-first-century America, a country in the midst of wars, a financial crisis, unemployment, class stratification, and the ever-cheerful exhortation to keep consuming. Unwilling to simply reflect existing conditions, McGee’s work proposes an alternate reality of political provocation, cooperative survival, and creative exuberance. 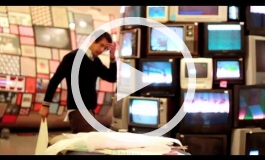 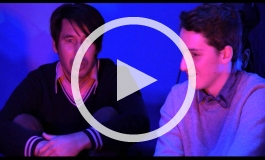