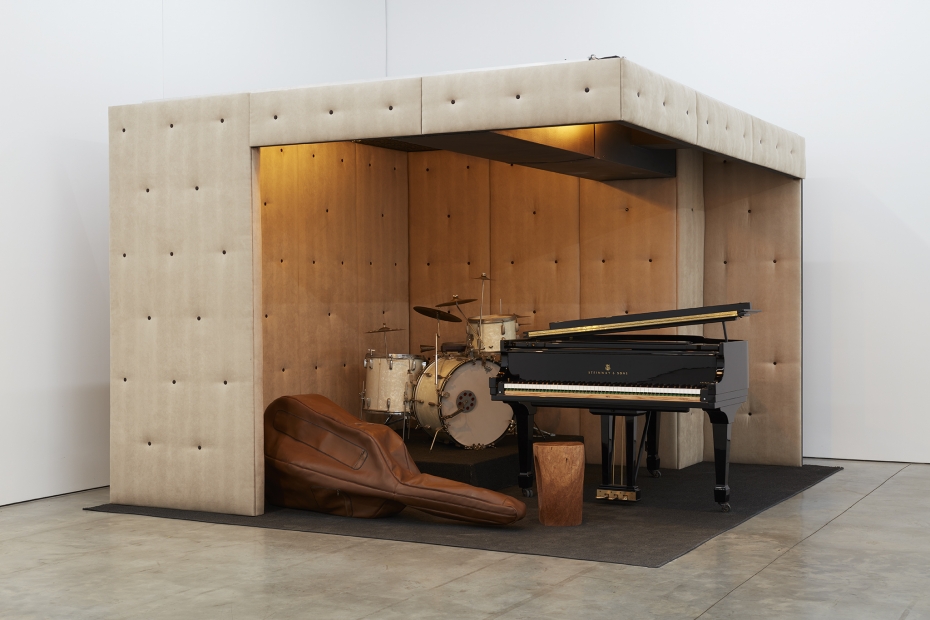 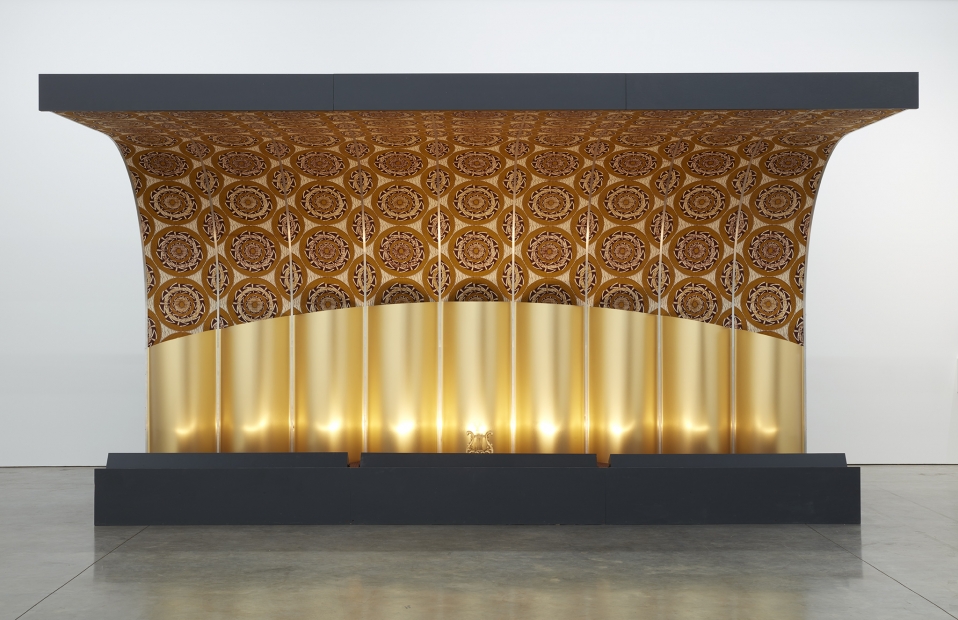 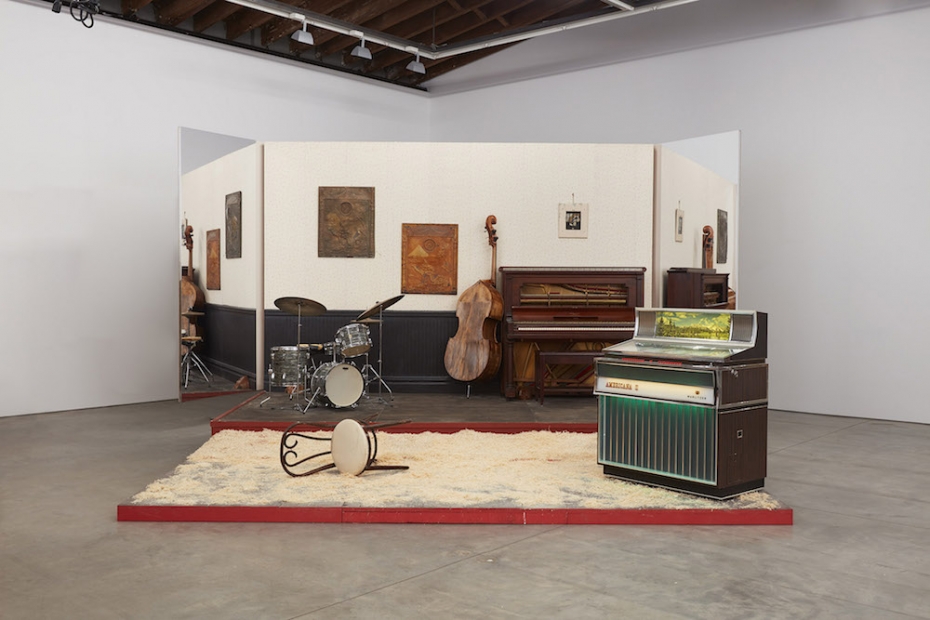 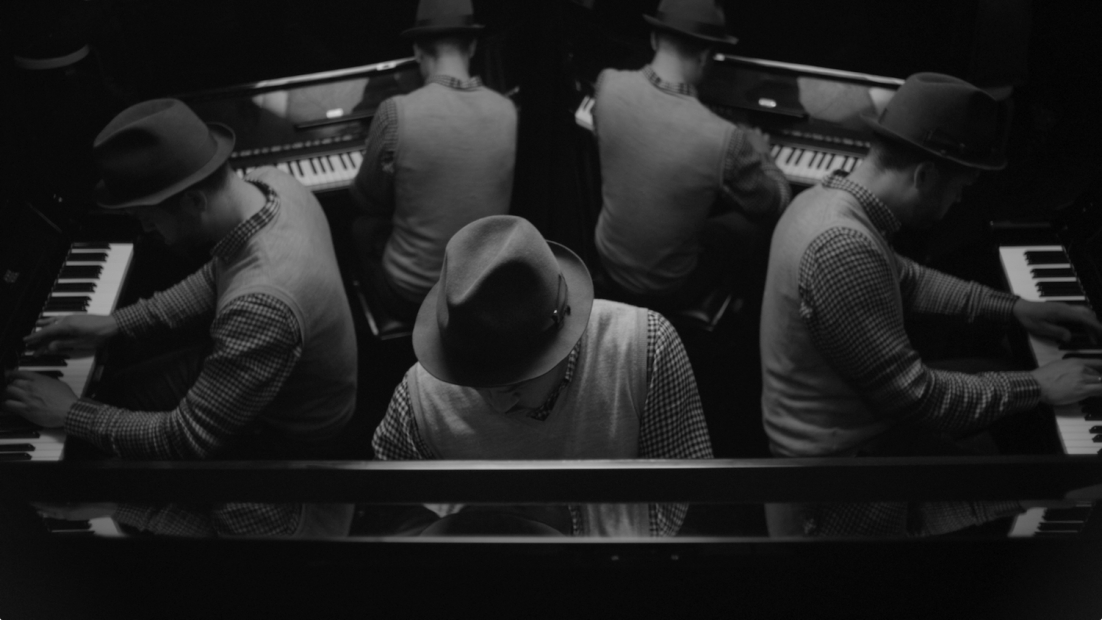 Interdisciplinary artist Jason Moran (b. 1975, Houston) grounds his practice in musical composition and bridges the visual and performing arts through stagecraft. Moran draws from his personal experience to create dynamic compositions that challenge conventional forms. His experimental works embrace the intersection of objects and sound, pushing beyond the traditional staged concert or sculpture to amplify ways that both are inherently theatrical. This exhibition, the artist’s first museum show, features the full range of Moran’s work, from performance and collaborations with visual artists to his own sculptural works.

In all aspects of his work, Moran’s creative process is informed by one of the essential tenets of jazz: the “set,” in which musicians come together to engage in a collaborative process of improvisation, riffing off of one another to create the musical experience. The exhibition will highlight his mixed-media set installations based on storied jazz venues from past eras, including STAGED: Savoy Ballroom 1 and STAGED: Three Deuces (both 2015), sculptural vignettes that were his acclaimed contributions to the 2015 Venice Biennale. The presentation includes the premiere of a new sculptural commission from this series that takes inspiration from the celebrated New York jazz venue Slugs’ Saloon, which was open from 1964 to the early 1970s. Also featured will be a selection of Moran’s most recent charcoal drawings and several projected media works from his long-standing collaborations, or sets, with artists including Stan Douglas, Joan Jonas, and Glenn Ligon. In-gallery performances will also be orchestrated during the run of the show.

Please note: Jason Moran contains three large screens featuring video works by artists with whom Moran has collaborated, including Joan Jonas, Julie Mehretu, Lorna Simpson, Kara Walker, and Carrie Mae Weems. Included in the program is Walker’s 13-minute film Six Miles from Springfield on the Franklin Road, 2009, which developed out of her research into the U.S. Department of War’s Bureau of Refugees, Freedmen, and Abandoned Lands. Established in 1865 to aid former slaves in the transition to freedom, the Freedmen’s Bureau kept detailed records of the brutal violence inflicted on African Americans during the Reconstruction era. In this work, Walker depicts one example of such violence as recounted in interviews with a family who was attacked and whose home was burned by a mob of angry white men. This film contains mature content and includes a 30-second depiction of sexual violence. For further information, please consult the video guide or speak with a trained Visitor Assistant in the gallery.

Jason Moran is organized by the Walker Art Center, Minneapolis and is made possible with generous support from the Andrew W. Mellon Foundation, the National Endowment for the Arts, and the William and Nadine McGuire Commissioning Fund. Additional support provided by Mike and Elizabeth Sweeney. Piano by Steinway & Sons.

The Boston presentation is coordinated by Jeffrey De Blois, Assistant Curator, the Institute of Contemporary Art/Boston. 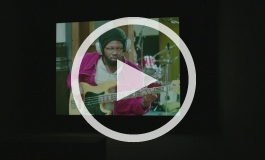 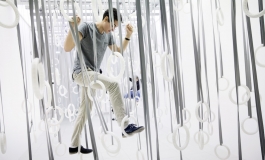