LaToya Ruby Frazier was just a teenager when she began the body of work shown in WITNESS, but even then she showed, as The New York Times has remarked, a “preternatural” maturity.

Frazier’s upbringing in Braddock, Pennsylvania, was imprinted by the drastic downsizing of the Pittsburgh-area town’s Edgar Thomson Steel Works in the early 80s that prompted many residents to flee. Homes and businesses were abandoned, infrastructure and amenities crumbled, the national crack epidemic took hold, and urban families found themselves subject to widespread vilification. “Every stereotype you can think of is what I grew up seeing in the media,” Frazier says. “We were demonized as bad, poor, black drug addicts.”

In college, Frazier was impacted by Farm Security Administration photographers Walker Evans, Gordon Parks, and Dorothea Lange, especially Lange’s famous Migrant Mother, Nipomo, California, 1936. “No one ever talked about her and her name,” Frazier says, “and it made me become very sensitive to subjectivity, and the personal, and a person being able to represent themselves.”

WITNESS, she says, is “the story of economic globalization and the decline of manufacturing as told through the bodies of three generations of African American women”: her Grandma Ruby, her mother, and herself. Primarily we see the women at home: Grandma Ruby lights a cigarette in her doll-filled living room; Frazier gets her hair relaxed by her mother. More formal images, including a series of dual self-portraits that often bear some version of the title “Momme,” allow Frazier and her mother to assert their own identities.

Like many, Frazier believes industrial pollution has sickened a disproportional number of Braddock residents. She suffers from lupus, her mother has cancer and a neurological disorder, and Grandma Ruby died of complications related to pancreatic cancer. WITNESS connects the ailing citizens and the ailing town that can no longer care for them. In the diptych Landscape of the Body (Epilepsy Test) (2011), exposed electrical wires dangle from the demolished University of Pittsburgh Medical Center, echoing those emerging from Frazier’s mother’s hospital gown.

Now Associate Curator for the Mason Gross Galleries at Rutgers University and Critic in Photography at Yale School of Art, Frazier continues to bring attention to Braddock and towns like it through her photographs and videos. Her work has been included in the New Museum’s Younger Than Jesus triennial in 2009, and in the 2012 Whitney Biennial. Earlier this year The New York Times praised her “outstanding” solo show at the Brooklyn Museum, featuring some of the same photographs and videos in WITNESS—created by a young artist who wanted to let her subjects speak for themselves. 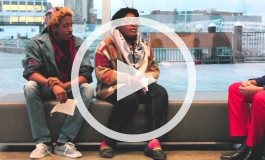 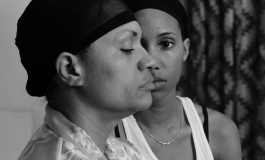