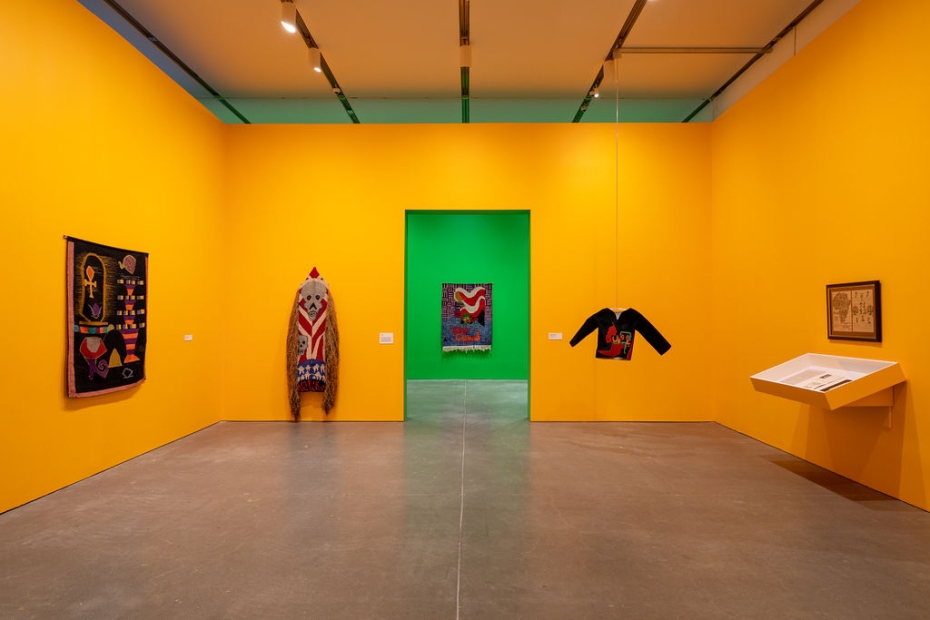 Installation view, Napoleon Jones-Henderson: I Am As I Am—A Man, the Institute of Contemporary Art/Boston, 2022. Photo by Mel Taing. 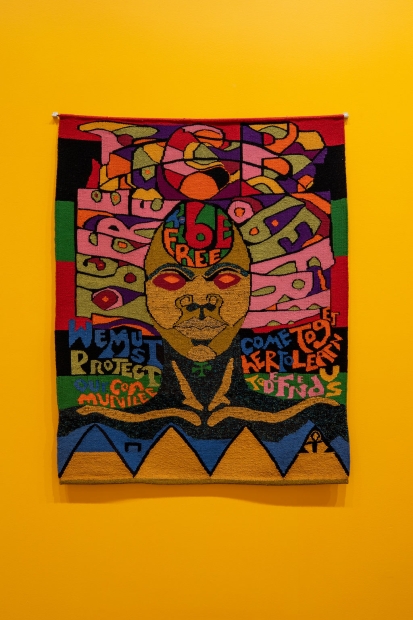 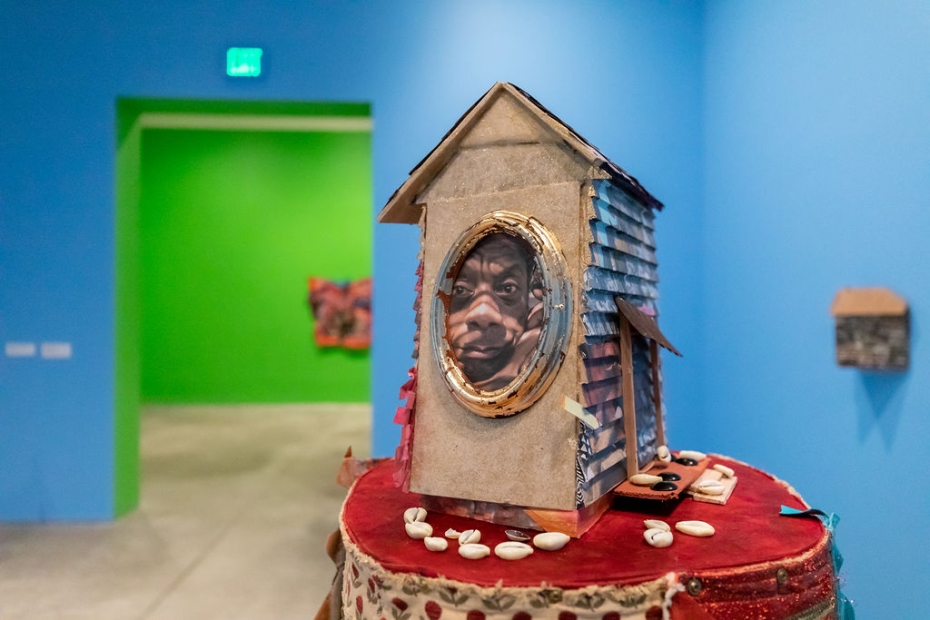 For more than 50 years, Napoleon Jones-Henderson (b. 1943, Chicago) has created works that strive to highlight, celebrate, and empower the communities where he lives. Jones-Henderson is a longstanding founding member of the influential artist collective African Commune of Bad Relevant Artists (AfriCOBRA). His work translates AfriCOBRA’s aesthetic principles—to create images inspired by the lived experience and cultures of people of the African diaspora in an accessible graphic style with shining Kool-Aid colors—into woven tapestries, mosaic tile works, shrine-like sculptures, and varied works on paper. Often focused on themes of Pan-Africanism and racial justice, Jones-Henderson’s work aims to be self-affirming and reflective, with an eye toward both a fraught past and a liberated future. The artist integrates forms from African ritual sculpture and Southern vernacular architecture and incorporates reverential references to jazzman Duke Ellington’s “Sacred Concerts,” musicians Sun Ra and Stevie Wonder, and writer June Jordan, among others. Made in close collaboration with the artist, this concise survey draws together a suite of Jones-Henderson’s works in various media across a 50-year period, centered around his magisterial woven textiles. Jones-Henderson has been based since 1974 in Roxbury, where he has been an influential community member, educator, and mentor. This is his most comprehensive solo museum exhibition in Boston.

Napoleon Jones-Henderson: I Am As I Am—A Man is organized by Jeffrey De Blois, Assistant Curator and Publications Manager. 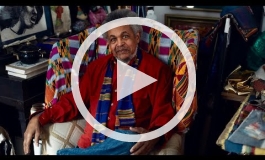 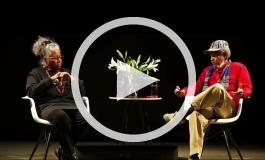 At the ICA, a Boston artist illustrates the vibrancy of Black culture

At the ICA, Napoleon Jones-Henderson lets tapestry do the talking