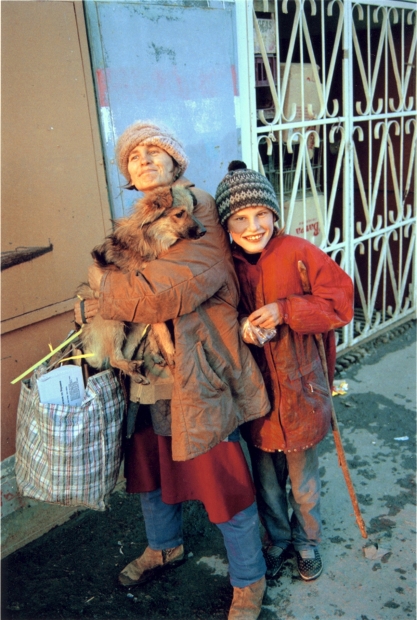 The ICA is committed to sharing artists’ perspectives on the world. These two photographs are in the museum’s permanent collection and were made in Ukraine by photographer Boris Mikhailov, who was featured in a solo exhibition at the ICA in 2004.

Mikhailov’s hometown of Kharkiv provided the backdrop to his series Case History, which documents people experiencing homelessness after the collapse of the Soviet Union in the early 1990s. For over 40 years, Mikhailov has explored the position of the individual within the historical mechanisms of public ideology, touching on such subjects as Ukraine under Soviet rule, the living conditions in post-communist Eastern Europe, and the fallen ideals of the Soviet Union. His life-size color photographs document the oppression, poverty, and everyday reality of a disenfranchised community living on the margins of what was then Russia’s new economic regime. These searing images point to Ukraine as a place of beauty, deep history, trauma, and tragedy, both past and, with Russia’s unprovoked invasion of Ukraine, in the present. 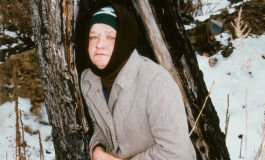 Untitled, from the series Case History